New Battery-Free Cameras Can Find Their Own Positions 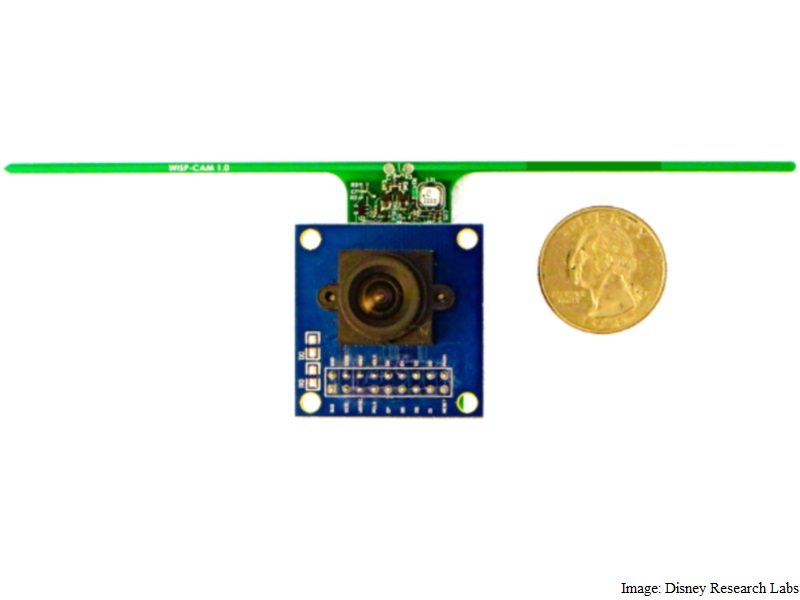 Scientists have shown that a network of energy-harvesting sensor nodes equipped with onboard cameras can determine each camera's pose and location using optical cues, an advance that could be used in home security and infrastructure monitoring.

This capability could help to enable networks of hundreds or thousands of sensors that could operate without batteries or external power and require minimal maintenance. Such networks could be part of the Internet of Things (IoT) in which objects can communicate and share information to create smart environments.

WISPs operate at such low power that they can scavenge the energy needed for operation from radio waves. The new work shows that these WISPs with onboard cameras, or WISPCams, can use optical cues to figure out where they are located and the direction in which they are pointed. The ability of each node to determine its own location makes deployment of autonomous sensor nodes easier and the sensor data they produce more meaningful.

"Once the battery free cameras know their own positions it is possible to query the network of WISPCams for high level information such as all images looking west or sensor data from all nodes in a particular area," said Alanson P Sample, a research scientist with Disney Research.

Future iterations of this RFID-based sensing technology has the potential to enable low cost and maintenance-free IoT applications by eliminating the need for external wiring or regular battery replacement. Networks of hundreds or thousands of these sensors could be used to monitor the condition of infrastructure such as bridges, industrial equipment monitoring, and home security monitoring, researchers said.

The researchers used an image processing technique called Perspective-n-Point (PnP) which involves capturing an image of an object and then comparing it with a second image in which four LEDs in a known configuration illuminate the object.

Using this technique, the cameras were able to estimate their position to within a few centimetres.

In their experimental setup, the researchers used four WISPCams and a separate WISP with LEDs, but Sample noted that the LEDs could be incorporated into each WISPCam.