Google's voice-activated assistant is branching out to Nest's deluxe security camera in an expansion that may amplify the privacy concerns surrounding Internet-connected microphones.

The virtual assistant is being offered to owners of the Nest Cam IQ in a free update rolling out Wednesday. The move comes just two weeks after Nest moved back under Google's direct control after spending nearly 2 1/2 years as a separate company owned by the same parent, Alphabet.

The $300 (roughly Rs. 19,500) Nest Cam will give Google another potentially valuable earhole in its battle with Amazon and Apple to build digital command centres in people's home. 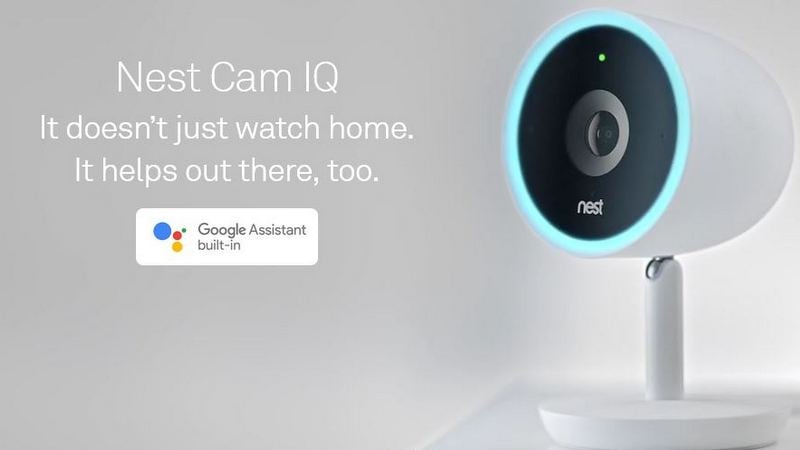 That ambition has already spurred warnings from privacy watchdogs about the potential for Internet-connected devices being used as surveillance tools.

Google's assistant already can be used to control Nest's cameras and Internet-connected thermostat through its Internet-connected speaker, Home, and smartphones running on its Android software. This will be the first time that people will be able to interact with the digital concierge through a security camera.

The assistant is only supposed to be activated with keywords such as "OK Google," although there have been instances when the Home speaker has been caught listening when it was supposed to be turned off.

Even if Google's assistant doesn't eavesdrop, its presence on an indoor security camera is likely to focus more attention on the handling and protection of the data collected through internet-connected devices.

Privacy watchdogs are particularly worried that Google eventually may use some of the information collected from devices inside homes to get a better understanding of a person's specific interests so it can sell ads for products that the targeted individual might like.

Google already has used the data that it collects through its ubiquitous search engine and other free services such as maps and email to build the internet's most lucrative internet marketing network.

Since Google bought it for $3.2 billion (roughly Rs. 20,800 crores), Nest has steadfastly maintained that it doesn't share its customers' personal information with Google's ad network.

But a patent application filed by Google in 2016 floated the possibility of using the video recorded by security cameras to deliver ads based on the kinds of furnishings and other merchandise already in people's homes.