Mumbai Police to Identify 'No Selfie Zones' After Fatal Incident 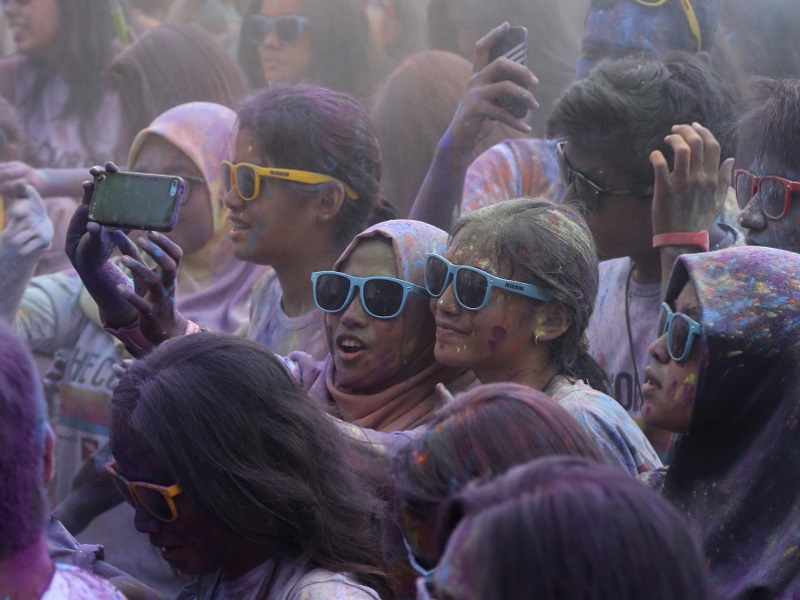 Mumbai Police has initiated the process of identifying and marking certain spots in the city as 'no selfie zones' in a bid to discourage people from putting themselves at risk while photographing themselves, after three girls fell into the sea while clicking selfies.

"We are in the process of identifying and then marking a few locations in the city where clicking selfies will not be allowed," a senior police officer told PTI Tuesday.

He said the idea is still in an infant stage and it would be premature to say anything on the penal aspects of the rule.

On Saturday, three girls, Tarannum Ansari (18), a Govandi resident, and her friends Anjum Khan (19) and Masturi Wasim Ali Khan (19) fell into the Arabian Sea while clicking selfies on a rock jutting out of the sea near Bandra Fort during tide, as they lost balance.

A local youth, Ramesh Walunju, had jumped into the sea to save the girls and pulled Anjum and Kasuri out to the shores.

A resident of Jaffer Baba colony, a slum pocket behind the Fort, and a natural swimmer, Walunju, however drowned while trying to save Tarannum after he re-entered into the water to save her. His body was recovered yesterday from Mahim creek.

Meanwhile, search for Tarannum has not yielded any results so far and she still remains untraced, according to police.