Move Over Selfies, Hotties Are Here 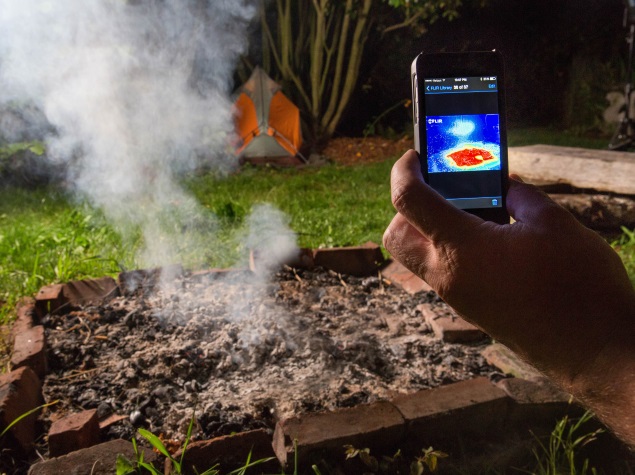 Tired of the selfie? Get ready for the "thermie," or as I like to call it, the "hottie." That's when you take a picture of the heat emanating from your body, using an infrared camera that attaches to the back of your iPhone. It sounds unlikely, but it's coming.

Apple stores started selling the $349 FLIR One this week. It puts thermal imaging within reach of people who probably have never considered it before, and it opens up a whole new way of looking at the world. Warm things show up bright on the iPhone screen, while cold things are dark. It's like everything glows with its own light.

What's striking is that the camera is so sensitive. If two objects differ by one-fifth of a degree Fahrenheit (0.1 degree Celsius), the camera can tell the difference.

You can see the footsteps of a person who just walked across a carpet. They're noticeably warmer if the person stood still for a little while. If you swipe your hand across a wall, the heat trail will be briefly visible as a smear. You can find a cellphone in a dark room by picking up the 1 degree F (0.5 degree C) heat difference caused by the standby power consumption. 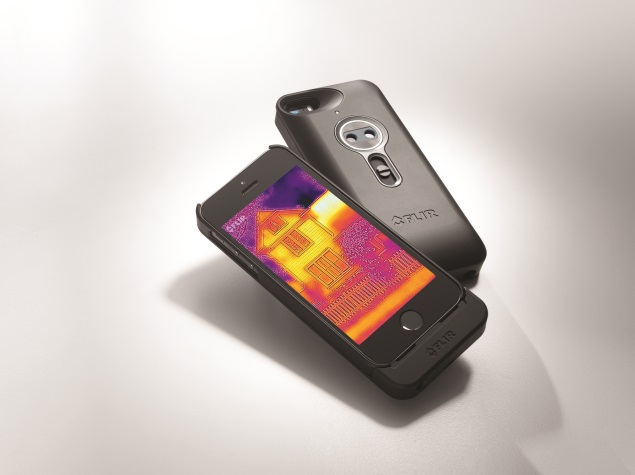 This technology has been available to the military for decades, and it has been creeping into the hands of sailors, electricians, plumbers and other contractors. But the cheapest stand-alone infrared camera costs $995 and doesn't come with all the fun doodads that the smartphone allows, such as quick image uploads to Facebook. Imagine this: "Hi everyone, this is what my fever looks like!"

How it works
The FLIR One slides on to the back of an iPhone 5 (Pictures) or iPhone 5s (Pictures). It doesn't work with any other iPhone model, such as the iPhone 5c (Pictures) or the larger iPhones that Apple is believed to be releasing next month. It roughly doubles the thickness of the phone, so it's not something you'll walk about with every day. The camera back contains its own rechargeable battery.

The heat-sensing camera looks similar to a regular phone camera, but its resolution is very low, at just 80 by 60 pixels, or 4,800 pixels. The iPhone's rear camera is more than 1,600 times sharper at 8 megapixels. 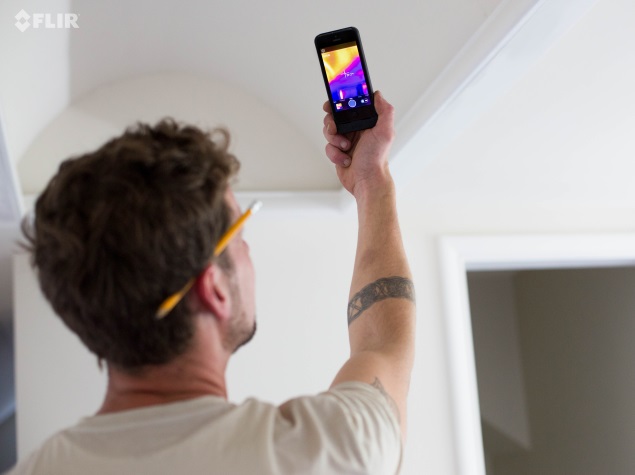 To make the images easier to interpret, the FLIR One has a second camera for visible light. It creates a faint overlay of object contours, compensating to some extent for the low thermal resolution.

The thermal image can be set to show up in a variety of color ranges. Cold can be blue and hot can be red, or you can just have it show up in black and white.

What you can do with it
So is this camera just for "hotties"?

No. Actually, people look fairly unattractive in thermal imaging. Because the camera picks up minute heat differences, human skin looks as blotchy as the hide of a giraffe. 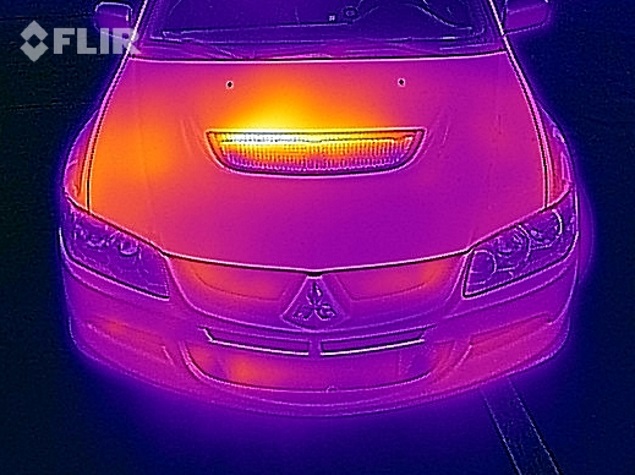 Thermal imaging is useful for spotting heat leaking through home insulation. It can also spot otherwise invisible water leaks, because evaporation usually makes humid areas colder than the surroundings. It can spot wildlife lurking in the forest. There could be a lot of other uses no one's thought of yet, from gaming to medicine. 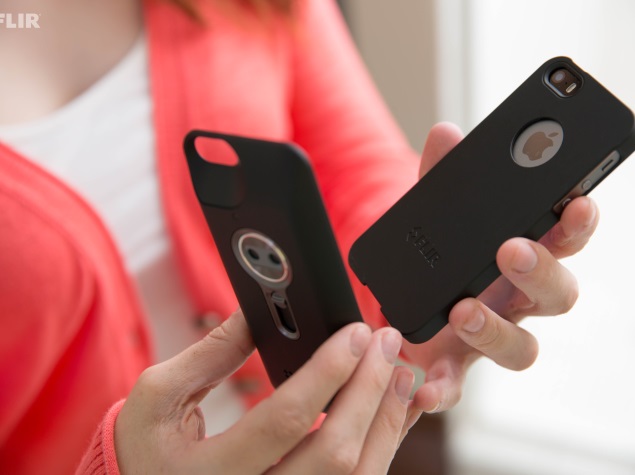 While the camera is very good at detecting temperature differences, it isn't that good at measuring precise temperatures. Temperature readouts are accurate only to within 1.5 degrees F (0.8 degree C). Occasionally, I found it to be off by much more. So while fever selfies might sound fun, you can't use this as a fever thermometer. Also, it doesn't read temperatures over the boiling point of water, so you can't use it to check oven temperatures.

The bargain
If you buy the FLIR One as a toy, you're likely to tire of it pretty soon. It's an expensive toy, at more than half of the iPhone's retail price (what people pay if they forgo subsidies that require two-year service contracts.)

But if you have a practical use in mind for it, you'll get a cool toy in the bargain.