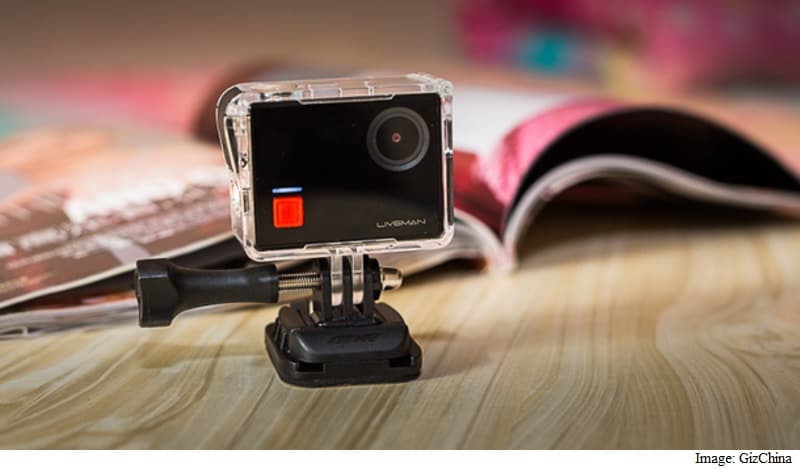 After Xiaomi-backed Yi Technology recently unveiled its Yi 4K+ action camera, it is now LeEco's turn as the company has announced its first action camera in the form of 'Liveman C1'. However, unlike Yi 4K+, which is capable of recording 4K videos at 60fps, LeEco's new action camera can only record 4K videos up to 30fps. The action camera is expected to be made available in China before January 28, though no pricing information was provided.

The Liveman C1 action camera weighs just 67 grams and has been launched in China by the company. The action camera has a 16-megapixel sensor, a 140 degree wide-angle lens, and G-sensor to support automatic video recording in case any movement is registered, as per a report by GizChina. LeEco's new action Liveman C1 camera comes along with a waterproof case, which allows for video shooting up to 40 metres under water.

LeEco's Liveman C1 camera sports a 1.8-inch TFT display. The camera features a 1050mAh battery and has a red square button for recording videos. The buttons for Wi-Fi and other functions are located on side along with microSD card slot and Micro-HDMI.

With this launch, LeEco will now be facing competition from GoPro and Yi Technology in a tech field which has recently attracted attention from several companies.