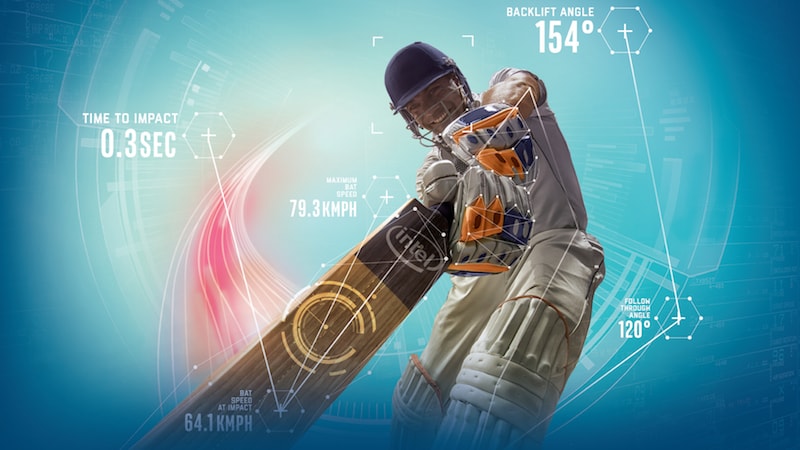 Intel on Tuesday unveiled three new technologies that will be used during the ICC Champions Trophy 2017 — a major cricket tournament that begins in the United Kingdom on June 1. The new technologies announced on Tuesday are advanced pitch analysis via an Intel drone, a bat sensor powered by an Intel Curie module, and a virtual reality experience for cricket fans who visit stadiums.

The Intel Falcon 8 Drone has been equipped with infrared and HD cameras to be used for pitch analysis during Champions Trophy matches. The drone will offer data on grass cover, grass health, and topology. This will help generate daily pitch reports and commentators will use that to analyse the pitch during live broadcasts of the match on TV and over the Internet. The pitch is one of the most important aspects of cricket and it has the power to decide which way each game swings, so this analysis is likely to prove useful.

Intel, which is the Official Innovation Partner for the ICC Champions Trophy 2017, says the new bat sensor, called Speculur BatSense, can be mounted on any cricket bat and will be able to measure back-lift, bat speed, and follow through for every stroke a batsman plays. Many players will be using this during the Champions Trophy and it will allow for data such as speed of the ball after it hits the bat to be shown on TV.

Intel has plans for these sensors beyond the ICC Champions Trophy 2017. In a statement, Speculur Managing Director Atul Srivastava said, “Coaches can use their insights and expertise along with the bat sensor data to make specific adjustments to a batsman’s technique ultimately helping him perform better.” The company will bring this technology to the market later in 2017 and it will first be available in Australia, India, US, and UK.

Finally, Intel is also going to showcase VR cricket experiences at The Oval (London) and Edgbaston (Birmingham) stadiums. This is a fun experience where people will be able to play cricket in virtual reality. With a VR headset mounted, people can test their batting skills against virtual bowlers. The bat used for this will use Intel’s Curie module and offer data on people’s bat speed and back-lift, among other stats.