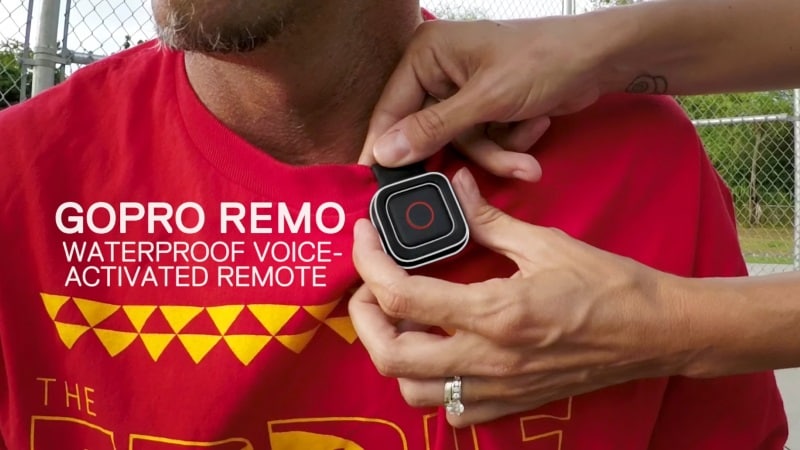 Earlier this year, GoPro unveiled its Hero5 Black and Hero5 Session cameras with voice control functionality. Although the voice control feature can prove to be extremely useful, the command reception can easily be hindered by windy and noisy environments. Further the proximity to the camera while giving a voice command can be an issue. To address these concerns of its customers, the company has now launched its Remo voice-activated remote.

The Remo voice-activated remote, which is already available for retail on GoPro's official website and with retailers around the world, extends the range from which users can give their voice commands and can also be used in noisy environments. The remote allows users to give their commands from up to 33-foot range and is compatible with 10 languages just like the Hero5 cameras.

Users can give voice commands to start or stop recordings, click pictures, as well as switching between various modes. GoPro Remo is waterproof and has been priced by the company at $80 (roughly Rs. 5,500).

In October, the company temporarily halted the sale of its Hero5 camera model on Amazon due to a "not-uncommon pricing squabble" with the online retailer over listing a product below its agreed-upon floor price. Even though GoPro reportedly depends on Amazon for about 12-14 percent of its total revenue, an analyst clarified that the nature of the issue should have very little impact on the company.