Fujifilm unveils four point and shoot cameras ahead of CES 2014, including FinePix S1 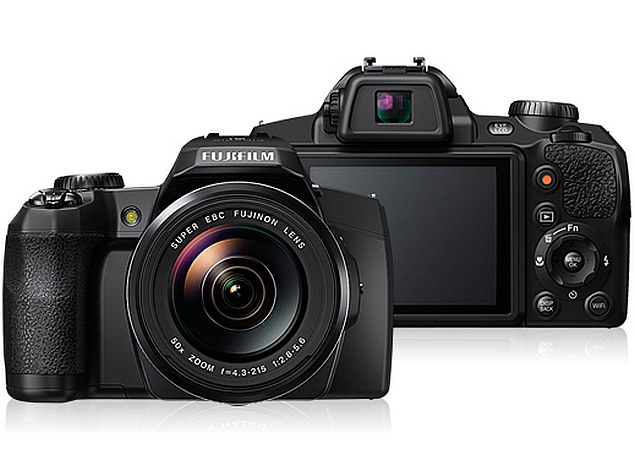 Camera manufacturer, Fujifilm, announced the launch of four new point and shoot camera models for its FinePix line, at the Consumer Electronics Show (CES 2014), in Las Vegas, on Monday. The staple of the Fujifilm family, the FinePix series, will see the likes of the FinePix S1, the FinePix S9200, the FinePix S9400W and the FinePix S8600. In addition, a rugged waterproof camera, the FinePix XP70, was also announced as being in the pipeline.

The four FinePix cameras represent a diverse range of shooting specifications for users, ranging from amateurs to pros. The top-of-the-line model and the showstopper is the FinePix S1. The company has branded the camera as an extreme zoom and weather resistance point and shoot. Specifically targeted at photographers who have a penchant for adventure and work in inhospitable environments it comes packed with a 50x optical zoom, (24-1,200mm) f/2.8-5.6 lens.

The sturdy-looking camera is well-protected against the elements, namely dust and rain, and promises to capture concert photos and close-up shots in lousy weather conditions. Interestingly the camera also offers features like Wi-Fi image sharing, 10fps burst shooting, 1080p video recording, a 920,000-pixel electronic viewfinder and a tilting 3-inch LCD. According to the officials at Fujifilm, it will ship in March for a price tag of $500 (roughly Rs. 31,000).

The other three models are decidedly on the lower-end compared to the S1, but offer a wide range of shooting options for Sunday photographers, as well as those looking to bridge the gap between point-and-shoots and DSLR (Digital Single Lens Reflex) cameras. 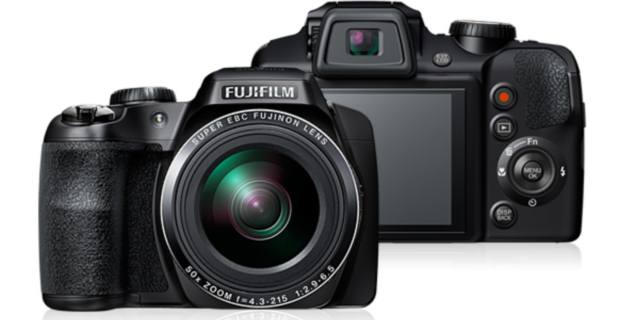 The Fujifilm FinePix S9200, not to be confused with the Nikon Coolpix model of the same name, will also be a 16 megapixel device and will be a more modest design in comparison to the S1, which has a robust system design. It also shares in common, with the S1, the same 50x lens and the 10fps burst mode. This is also true for the Fujifilm FinePix S9400W, which in addition is also equipped with Wi-Fi. Both the cameras also have a trade-off wherein, they come down from the 920,000-pixel electronic viewfinder to a 200,000-pixel one. The S9200 will ship for a price tag of $330 (roughly Rs. 20,500) and the S9400W, understandably, is a little more expensive at $350 (roughly Rs. 22,000). 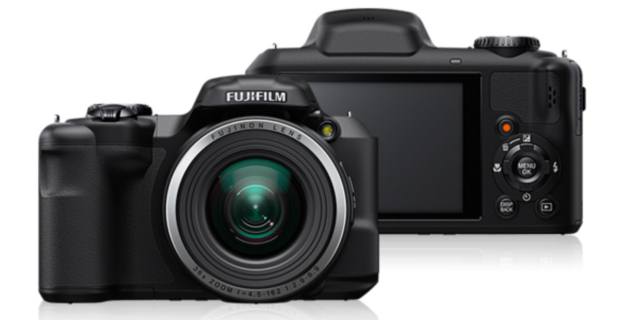 The last in the league is the Fujifilm FinePix S8600, again not to be confused with the Nikon Coolpix model of the same name, an entry level camera aimed specifically at amateurs and for people who like experimenting with their pictures. The trade-off in this case is the lens itself, a 36x (25-900mm) lens and has a 720p video capturing capabilities. Ironically, it makes use of an AA battery power pack, which in the modern times of lithium rechargeable battery packs, might just be a tad obsolete.

Fujifilm also unveiled the FinePix XP70 ahead of CES, rugged camera will come with 5x (28-140mm) optics and 1080p movie making prowess. There are however no hints that the company gave about its pricing. The S8600 on the other hand will cost $230 (roughly Rs. 14,300), which is reasonable for an entry level point-and-shoot camera.