The Fujifilm GFX 50S features a new 51.4-megapixel medium format sensor which can be adapted to different aspect ratios, just like its film cameras. The sensor is developed in-house by Fujifilm and measures 43.8x32.9mm, which is about 1.7 times larger compared to the typical 36x24mm sensor found on most full-frame cameras like the Canon EOS 5D Mark IV and the Sony A7 III. During the presentation, Toshi Iida, General Manager for the Imaging Product Division at Fujifilm, said that the company has no plans of getting into the full-frame camera market since a medium format camera system offers much better performance. Fujifilm currently has its X-series of APS-C format cameras, which are targeted at general usage, sports, wildlife and other shooting needs. The GFX 50S and others that will follow in this series is specifically targeted at professionals for commercial use. 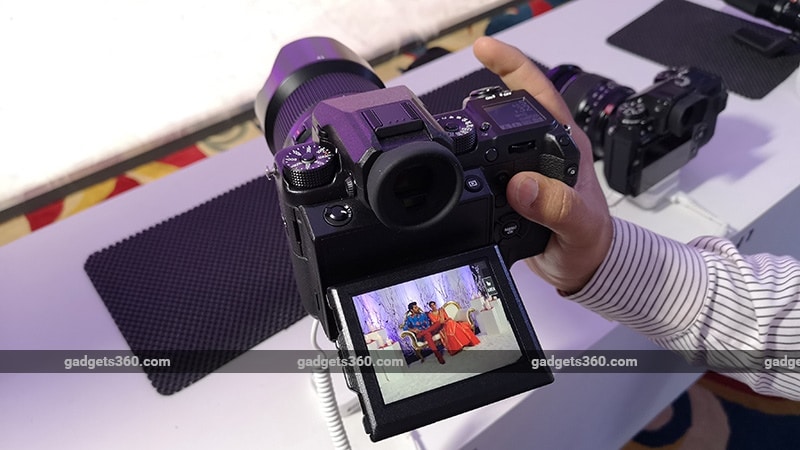 The camera is powered by the X-Processor Pro image processor that’s capable of full-HD video recording at 30fps, burst shooting up to 3fps, and ISO range of 100-12800. Other features include a detachable electronic viewfinder with a 3.69-million dot resolution; a tillable 3.2-inch touchscreen panel with a 2.36-million dot resolution; weather and dust resistance; and a magnesium alloy body that weighs around 825 grams. The camera also uses a newly developed high-capacity battery which promises around 400 stills per charge.

Commenting on the occasion, Haruto Iwata, Managing Director, Fujifilm India said, “We are excited to launch the much awaited GFX50s and G-mount lenses for our esteemed customers in India. Fujifilm’s X Series system has been appreciated by professional photographers and photo enthusiasts around the world, due to its excellent image quality and mobility across a wide range of genres including landscape, commercial and fashion photography. As we complete 10 years in India, we continue to bring the best of technology and innovation to our consumers at the best possible price point.’’

Further reading: Fujifilm, mirrorless cameras, medium format camera
Roydon Cerejo Email Roydon Roydon Cerejo writes about smartphones and laptops for Gadgets 360, out of Mumbai. He is the Deputy Editor (Reviews) at Gadgets 360. He has frequently written about the smartphone and PC industry and also has an interest in photography. With over a decade of experience covering the consumer technology space, he is also an avid sci-fi movie and TV show geek and is always up for good horror flick. Roydon is available at roydon@gadgets360.com, so please send in your leads and tips. More
Apple's Amazing Stories Reboot Finds New Showrunners in Once Upon a Time Creators: Reports
The Obamas' Netflix Deal Sounds Great for the Obamas. Is It Good for Netflix?