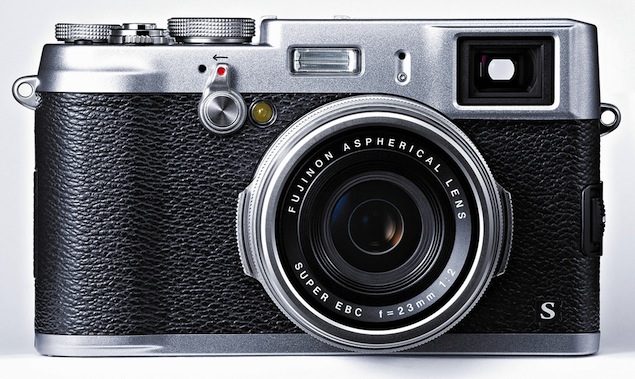 Fujifilm India has announced the launch of FinePix X100S and FinePix X20 cameras in the country.

Fujifilm FinePix X100S is the successor to FinePix X100, inheriting the X100's high-performance lens, while adding a higher-definition hybrid viewfinder and a new sensor as well as image processor. The newly developed 16.3-megapixel APS-C X-Trans CMOS II sensor and EXR Processor II increase resolution by approximately 25% and reduce noise by more than 30%, as per company's own estimates.

The highlight of the FinePix X100S is the AF in as little as 0.08 seconds. Additionally, the EXR Processor II offers fast response times with a start-up time of only approximately 0.5 seconds, a shooting interval of 0.5 seconds, and a shutter time lag of only 0.01 seconds.

Fujifilm FinePix X100S comes with a Hybrid Viewfinder that combines both an optical and an electronic Viewfinder. Making use of the in-built phase detection pixels for AF action, the X100S offers a "Digital Split Image" feature, which displays dual images on the left and right to be lined up for manual focusing. This enables accurate focusing especially when working with an open aperture or macro shooting.

Fujifilm also unveiled FinePix X20, successor to the popular FinePix X10. It comes with the newly-developed 12-megapixel 2/3-inch X-Trans CMOS II sensor and EXR Processor II, which increase resolution by approximately 20% and reduce noise by more than 30%. The X20 boasts of just 0.06 seconds AF, and is as fast as the X100 in the rest of the specs.

Speaking at the launch of Fujfilm FinePix X100S and FinePix X20 in India, Rohit Pandit, EVP - Sales & Marketing, Fujifilm India said, "I am delighted that X100S and X20 are now available in India to the professional & high end amateur photographers who want to achieve premium quality images with the comfort of a compact camera. Also, from the technology point of view, one of the best feature in these cameras is the Hybrid Autofocus (Phase Detection along with Contrast Detection) which helps in achieving the world's fastest autofocus."