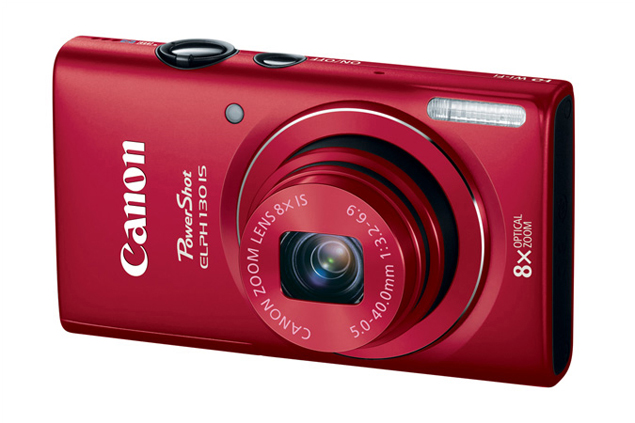 At CES 2013, Canon has introduced a new range of camera including the Wi-Fi enabled camera PowerShot ELPH 130 IS.

Canon PowerShot ELPH 130 IS comes with 8x-Optical Zoom with 28mm wide-angle lens, and 16-megapixel sensor with a DIGIC 4 Processor. It has a 3-inch LCD screen to view what you are clicking. As it is Wi-Fi enabled camera, one can easily transfer the images clicked to social networking sites such as Facebook, Twitter and YouTube.

In addition to this, iOS and Android users can also download Canon CameraWindow app2 from their respective app stores for a seamless wireless transfer of photos and videos from their camera to their mobile devices.

Canon PowerShot ELPH 130 IS will start retailing in United States from February 2013 in red, grey and silver colour options for $199.

The Japanese camera maker has also announced Canon PowerShot N digital camera, which is an interesting addition to its PowerShot line-up. The PowerShot N comes with what Canon dubs as a Creative Shot. Creative Shot is a new imaging mode that intuitively analyses an image and automatically creates a series of five artistic photos of the original with varying composition, lighting and colour for an array of options and to help users in getting the best shot every time.

From the specifications point of view, the Canon PowerShot N features a 8x optical zoom and a 28mm wide-angle lens, packaged with a 12.1- megapixel High-Sensitivity CMOS sensor and DIGIC 5 Image Processor. This camera is also capable of capturing videos in 1080p Full HD resolution. It comes with a dedicated movie button.

Canon PowerShot N also has a built-in Hybrid Auto and Face ID systems, which enables the camera to automatically recognise and focus on familiar faces. Canon PowerShot N is expected to hit the shelves by April 2013 for an estimated retail price of $299.99. It will be available in two colour options white and black. 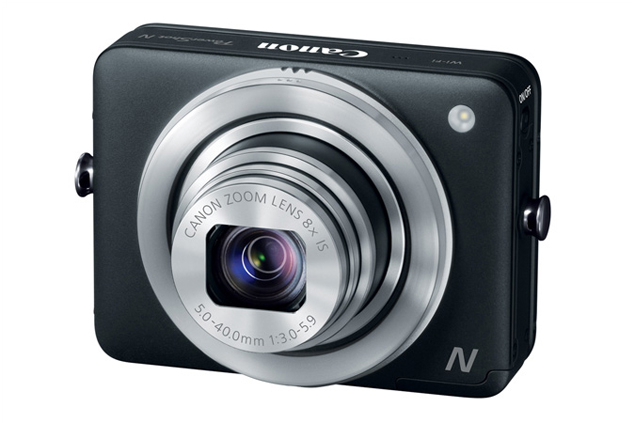 Apart from this, there has been an addition of two new cameras in its point and shoot range with Canon PowerShot A2600 and A1400.

Canon PowerShot A2600 sports a 16-megapixel sensor and 5x-Optical Zoom 28mm wide-angle lens. The camera can also capture videos in 720p HD. This camera to is scheduled to be available in February for $149.99. It will come in five colour options - black, silver, red, blue and pink.

Canon PowerShot A1400 comes with an optical viewfinder, 16-megapixel sensor with a DIGIC 4 Processor. It also has a 28mm wide-angle lens with 5x optical zoom and is equipped to capture HD Video. The PowerShot A1400 digital camera is powered by two AA batteries and will retail for $109.99 starting February.

Though it is not clear as to when these camera will be available in India but the company has already send out invites for a January 16th event and we are hopeful Canon will be unveiling at least some of these camera on that day.