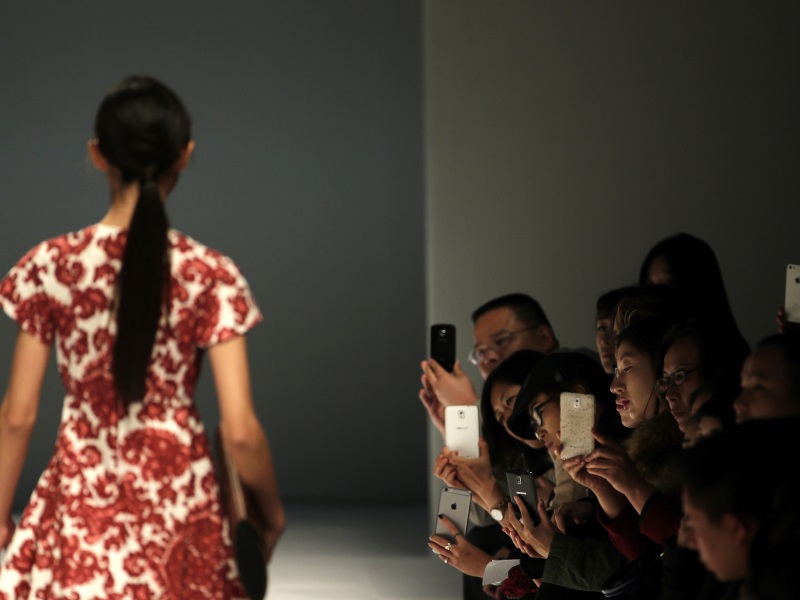 Highschooler Nao Noguchi is a perfect illustration of why Japanese camera sales have plunged the past few years she uses her smartphone for everything and cannot understand why anyone would bother with a separate device for photos.

"It is easy to take your smartphone out of your pocket if you want to take a picture of someone or something. And you can send the pictures to friends quickly" on social media, said the 17-year-old on a day trip to Tokyo's historic Asakusa district with her friend Rina.

The selfie-stick toting pair are the camera industry's worst nightmare.

A rapid shift to picture-taking smartphones has torn into a camera sector dominated by Japanese firms including Canon, Olympus, Sony and Nikon much like digital cameras all but destroyed the market for photographic film years ago.

And the numbers paint a grim picture: 130 million cameras were sold globally in 2011. Four years later, that figure stood at just 47 million.

The collapse was underscored this month as the firms published their latest financial results, with weak sales threatening a once-vibrant sector.

Now companies are having to scramble for a response, hitting back with upmarket options and offering web-friendly features, or in some cases simply moving away from the hard-hit business.

While Apple and Samsung recently pointed to slowing sales of smartphones, they have proved a mighty rival, offering an all-in-one phone, computer and camera with comparatively high-quality pictures and Internet photo downloading.

The answer, the camera industry says, is to innovate and convince smartphone users to climb up the quality ladder.

"It's kind of life insurance for the camera industry to always protect this superiority in terms of picture quality," said Heribert Tippenhauer, an analyst at market research firm GfK.

"The competition from smartphones has almost killed the cheapest cameras, but at the same time so many people are taking photos, as never before in human history.

"The smartphone is the first step into the topic of photography, then people want to upgrade, the potential is there."

Betting on nostalgia
For Canon, whose Sure Shot digital camera has been hit by smartphones, the response is to offer what a phone cannot, such as more powerful zoom options.

"People who use smartphones are becoming interested in photography, they want to take better pictures, to be more creative so they are moving up to SLR (single-lens reflex) cameras."

Another battleground has been in mirror-less cameras, which can be made nearly as small as compact cameras but with picture quality that rivals their bulkier counterparts.

Sony and Panasonic have teamed up with German rivals, including Leica, while Olympus is pushing further into the medical equipment business as a leader in endoscopes, which now eclipse camera sales.

But some like Konica Minolta have thrown in the towel on cameras altogether, opting to go into print and optical devices.

Fujifilm, which was nearly put out of business by the drop in photo film sales, has also shifted focus to other businesses, including the health sector one of the companies it acquired has developed a drug to combat the deadly Ebola virus.

But Fujifilm has not abandoned the sector that made its name, and scored an unlikely win with the Instax, a nostalgic throwback to the retro Polaroid.

Users can sling the bulky gadget available in a series of flashy colours around their neck and print pictures they've just taken. The latest versions sell for about $140.

After a slow start, the camera's appearance on a popular South Korean television series helped jack up Asian sales in recent years, with about five million units moved in the current fiscal year to March.

The appeal of giving friends physical photos sold Calvin Lau on the Instax.

"We never know how photos will come out until they're fully ready," said the 31-year-old Hong Konger who now lives in Tokyo.

"It's fun and exciting for people taking Instax photos and those whose photos are being taken.

"I like the concept that the pictures you take are the one and only ones out there... We can give our friends unique, real pictures."

Still, Seiko Mikie, who has about 20 years on Lau, thinks the Polaroid throwback is about as lame as it gets.

"I'm not the least bit interested in a Polaroid-style camera that is something from the Showa era," said the 50-year-old transportation company employee, referring to the last Japanese emperor's reign which ended with his death in 1989.

"Back then, the picture quality was good enough for the time, but not any longer."