The Consumer Electronics Show is the world's largest tech show, and it's in its 50th annual iteration this year. While drones, laptop, mobiles, televisions, and upcoming tech usually grab the headlines, cameras do also enjoy the limelight at the trade show. Several camera manufacturers have showed off their latest wares at CES 2017 that is currently on going in Las Vegas.

Canon
Canon on Wednesday announced four new cameras in its PowerShot point-and-shoot and IXUS entry-level series - the PowerShot G9 X Mark II (seen above), the PowerShot SX430 IS, the IXUS 185, and IXUS 190. All four cameras will be available from February onwards.

The Canon PowerShot G9 X Mark II sports a 20.1-megapixel 1.0 inch CMOS sensor that's powered by the DIGIC 7 imaging processor. It sports a 28-84mm (35mm equivalent) lens that offers 3x optical zoom with IS. It bears a 7.6cm LCD display with a 1040k-dot resolution. It supports full-HD video recording up to 60fps. Connectivity options include Wi-Fi, NFC, and Bluetooth for easy transfer and sharing of photos and videos. It weighs 206 grams. The point and shoot camera has been priced at Rs. 30,995 in India, and $530 in the US. 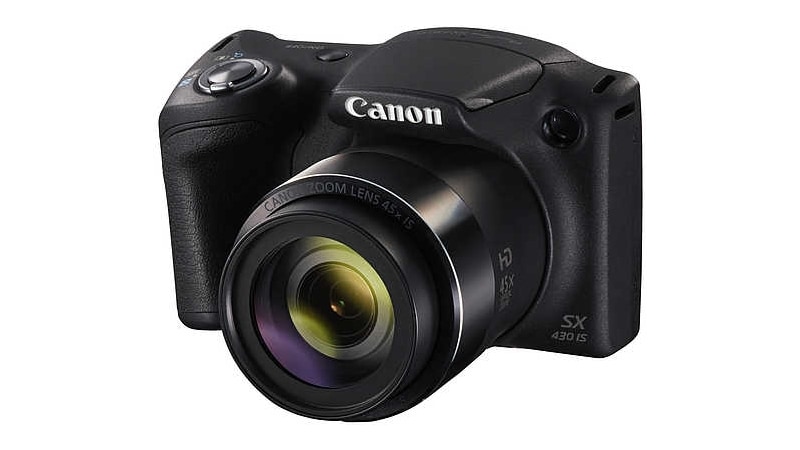 On the other hand, the superzoom point-and-shoot Canon PowerShot SX430 IS (seen above) bears a 20-megapixel 1/2.3-inch CCD sensor, and is powered by the DIGIC 4+ imaging processor. It bears a 24-1080m lens capable of 45x optical zoom with IS. Also on board is a 7.6cm LCD display with a 230k-dot resolution, and the company is touting HD video recording at 25fps. Connectivity options include Wi-Fi and NFC, and the whole thing weighs in at 323 grams. It has been priced at Rs. 14,995 in India, at EUR 299.99 in Europe. 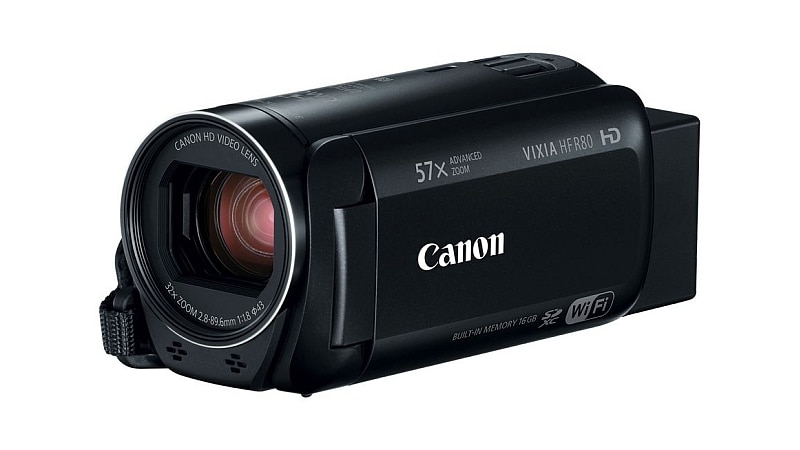 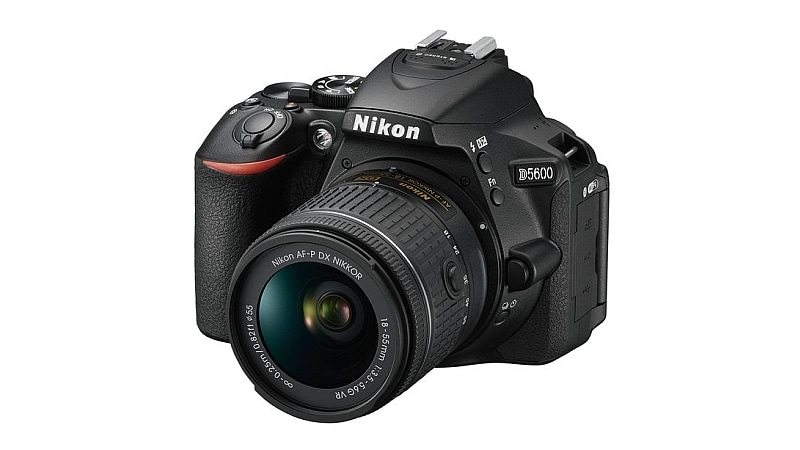 Fujifilm
Fujifilm introduced a new rugged point-and-shoot camera, the FinePix XP120 (seen below). It sports a 16.4-megapixel back-illuminated CMOS sensor and a 3-inch LCD 920K-dot monitor. The company said the rugged camera is waterproof up to a depth of 20 metres, shockproof from falls of up to 1.75 metres, freeze proof to -10-degrees Celsius, and is also dust proof. The FinePix XP120 is equipped with FUJINON 5x optical zoom lens with a 28mm wide-angle setting. Optical zoom can doubled to 10x with Intelligent Digital Zoom technology, and it also sports optical image stabilisation. The company is also touting a Cinemagraph mode that produces still images with moving elements, apart from an underwater mode, remote shooting function, burst mode up to 10fps, and Wi-Fi connectivity. 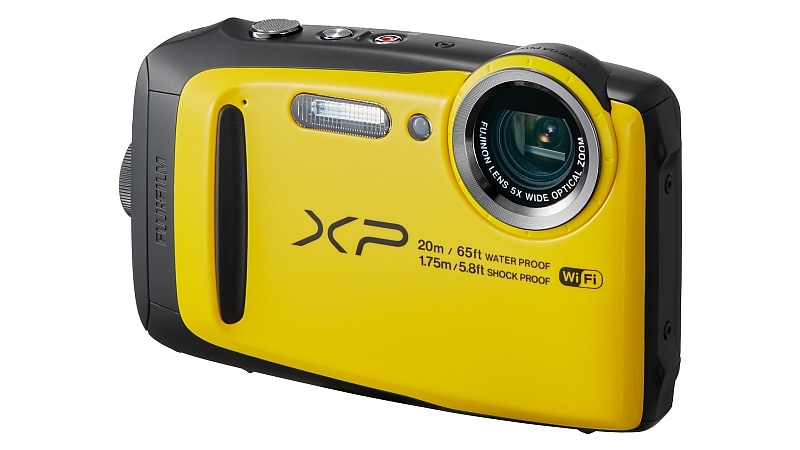 Panasonic
Panasonic unveiled the Lumix GH5 (seen below) at Photokina last year, said to be the world's first interchangeable lens mirrorless camera capable of shooting 4K video at 60fps, but did not reveal too many details. At CES 2017 however, that changed, and the company has also revealed pricing and specifications. 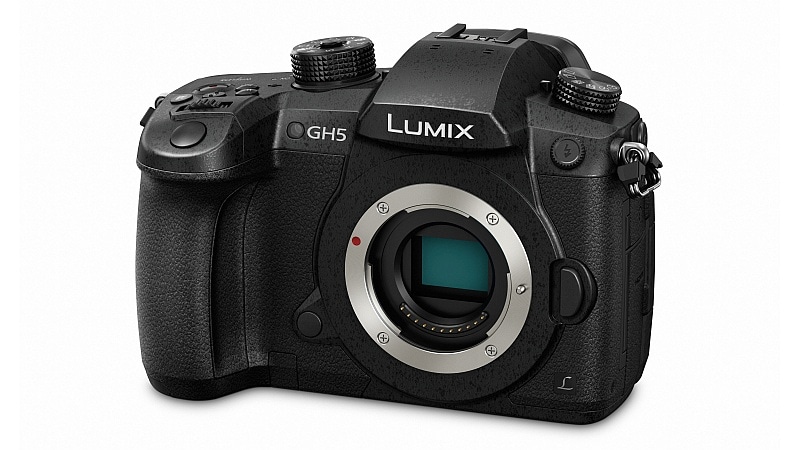 The Lumix GH5 DSLM camera sports a 5-axis Dual IS, as well as a 2-axis OIS, and a 5-axis Body Image Stabiliser. Detailing video recording, Panasonic says the camera is capable of internal 4:2:2 / 10-bit video recording, while users can choose between MOV, MP4, AVCHD Progressive and AVCHD formats at a variety of frame rates, with is no recording time limit for both FHD and 4K video. The 4K photo mode has also been upgraded, enabling 60fps high speed capture in approximately 8-megapixel equivalent resolution.

The Lumix GH5's main structure is composed of a magnesium alloy, full die-cast front/rear frame. The company claims secure construction and complete sealing makes it splash and dust-proof, while also being freeze-proof down to -10-degrees Celsius. It sports a double SD card slot compatible with UHS-II. It also bears a large LVF (Live View Finder) with a 1.52x / 0.76x (35mm camera equivalent) magnification ratio on the OLED 3,680K-dot resolution display. It also bears a 3.2-inch free angle rear screen with a 1,620K-dot resolution. Alos onboard is Bluetooth v4.2 and Wi-Fi 802.11ac connectivity. It will be available from late March at $1,999.99 (roughly Rs. 1,35,400) for the body only. 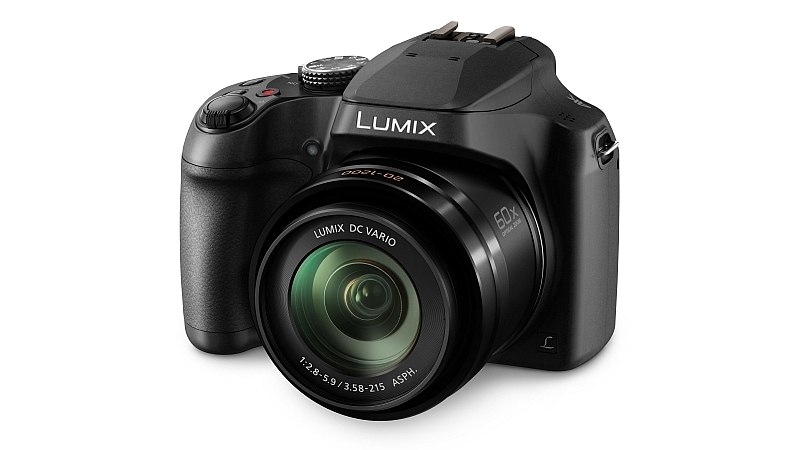 Coming to the Panasonic Lumix FZ80 (seen above), the superzoom point-and-shoot camera sports a 20-1200mm Lumix DC VARIO ultra wide-angle lens that offers 60x optical zoom. It bears an 18.1-megapixel High Sensitivity MOS sensor that's powered by the Venus Engine imaging processor. The company is also touting high-speed, high-precision autofocus with its DFD (Depth From Defocus) technology. Video recording can go up to QFHD 4K (3840x2160 pixels) at 30fps, and the POWER OIS with Active Mode feature cane be used for video as well. It sports a 3-inch 1,040K-dot rear monitor apart from a 0.2-inch 1,170K-dot EVF. Also featured is Wi-Fi connectivity. The Lumix FZ80 will be available in March for $399.99. 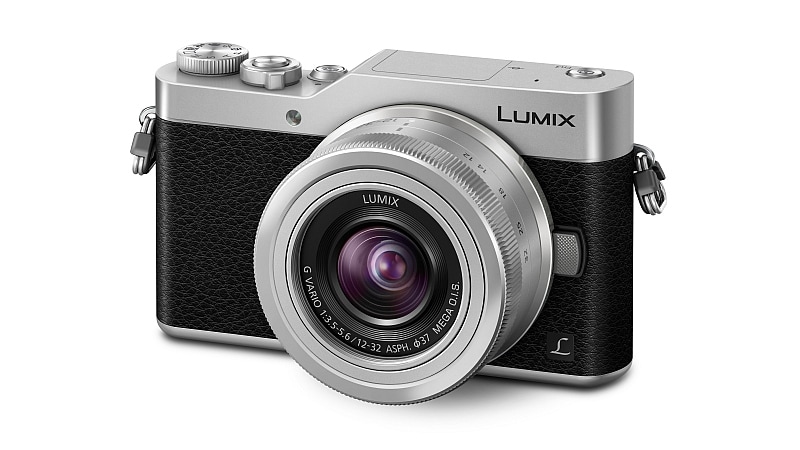 Finally, we come to the Panasonic Lumix GX850 (seen above) - said to be the "ultimate high performance compact mirrorless camera for selfie-takers," thanks to its flip-up rear monitor. The interchangeable lens cameras other USPs are its support for 4K Video and 4K Photo. It sports a 16-megapixel Digital Live MOS sensor that's powered by the Venus Engine imaging processor. The flip-up rear monitor is a 3-inch 1,040K-dot resolution touchscreen. The camera goes into Self Shot mode automatically once the monitor is flipped. The GX850 will be available for $549.99 (roughly Rs. 37,200) in early February.