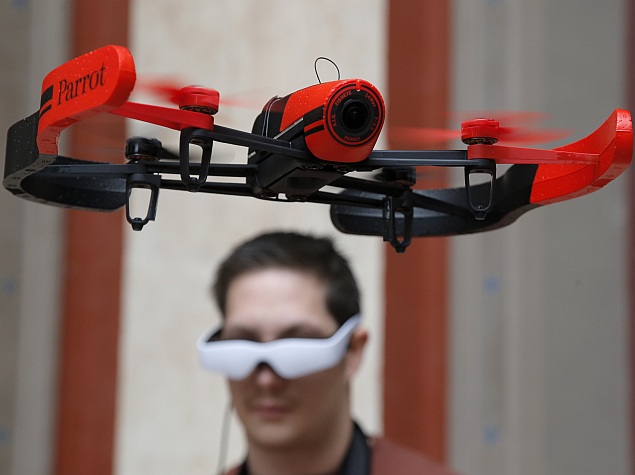 The International CES 2015 saw the big names in the camera industry unveil several new models, apart from seeing a rise in another photography trend - drone-based photography and extreme sports photography.

Numerous small manufacturers showed off their drone-ware at CES 2015, but of course one name stood out amongst the lot, and that was Intel, with an autonomous flying drone capable of navigating around obstacles.

Intel CEO Brian Krzanich also showed a smaller drone worn on the wrist until it is launched into the air. Called Nixie, the camera-equipped gadget in November won a wearable computing contest sponsored by Intel, and also stole the show at CES. 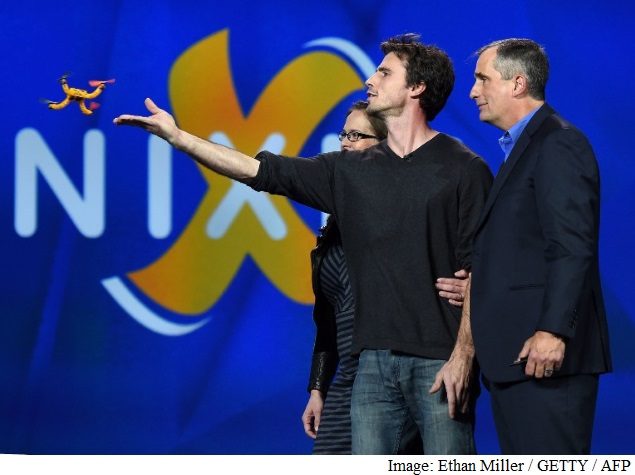 Coming to the major camera manufacturers, Nikon launched its first touchscreen DSLR, the D5500, which features a 3.2-inch Vari-angle LCD monitor with a touchscreen. Nikon was quite late to this party and the Canon's Rebel line of DSLRs have had touchscreens since 2012.

The D5500 has a 24.2-megapixel CMOS sensor, already seen in the D5300 launched last year. It has the proprietary EXPEED 4 image processing engine. The D5500 doesn't have a low-pass filter, also known as the 'anti-aliasing' or 'blur' filter in layman terms, just like its predecessor. 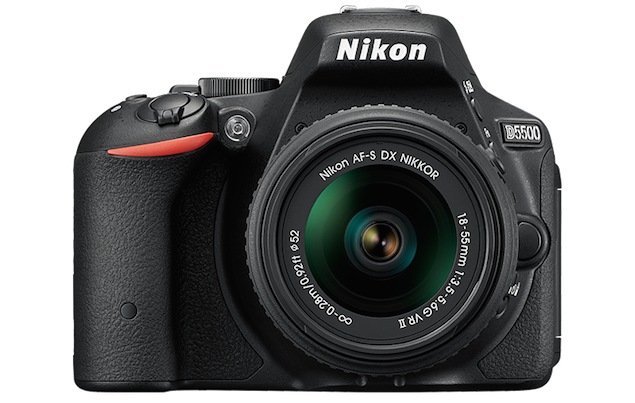 Panasonic pulled the wraps off new cameras in the following ranges: Lumix SZ (compact), Lumix TS (rugged), Lumix ZS (travel). Also, Panasonic has introduced new 4K and Full-HD (FHD) camcorders. The Lumix SZ10, which is a compact camera focused at the current crop of selfie addicts. Thanks primarily to the 2.7-inch 460K-dot LCD monitor can tilt up by 180-degrees. It also has a 24mm wide angle lens to fit in more people in the same frame. There are a few beauty effects like Soft Skin, Slimming and Defocusing on offer.

The Lumix ZS line also gets new additions in the form of the Lumix ZS50 and the Lumix ZS45. The former has a 12.1-megapixel 24mm wide-angle lens with 30x optical zoom. The intelligent zoom can extend the zoom function to 60x, albeit using software algorithms.

Moving to a different category, camcorders, Panasonic has added three models to its range of full-HD camcorders - the HC-W570, HC-V270, and HC-V160. All three models are equipped with a 2.2 megapixel back-illuminated sensor (BSI). Except the V160, which has a 32.3mm wide angle lens, the other two camcorders have a 28mm wide angle lens. The HC-W570 and HC-V270 models boast of 50x optical zoom lenses, whereas the HC-V160 has a 38x optical zoom lens. Also, the HC-W570 and HC-V270 feature five-axis HYBRID OIS+.

Sony pulled the wraps off the FDR-AX33, which the company claims is its 'most compact 4K Handycam camcorder to date'. It undercuts the size and weight of last years FDR-AX100 4K camcorder by 30 percent and 20 percent, respectively. It will be available from February for a price of $999 (approximately Rs. 63,200). 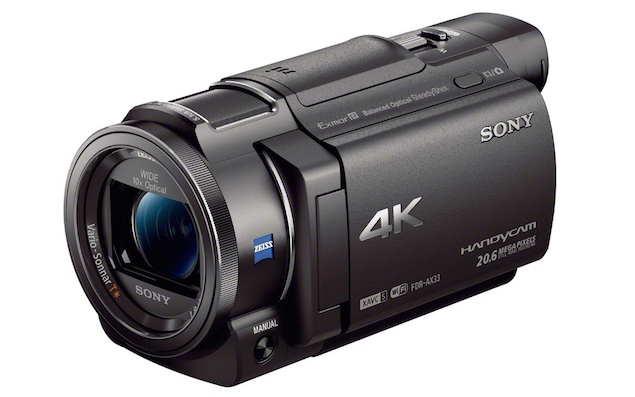 Sony also unveiled the FDR-X1000V Action Cam. It has the capability to record 4K (3840x2160 pixels) video at 30fps (frames per second). The Japanese tech giant also showcased the AS200V Action Cam, which is not as expensive as the FDR-X1000V because it drops the 4K video recording capability for a lower maximum capture resolution of FHD (1080p). 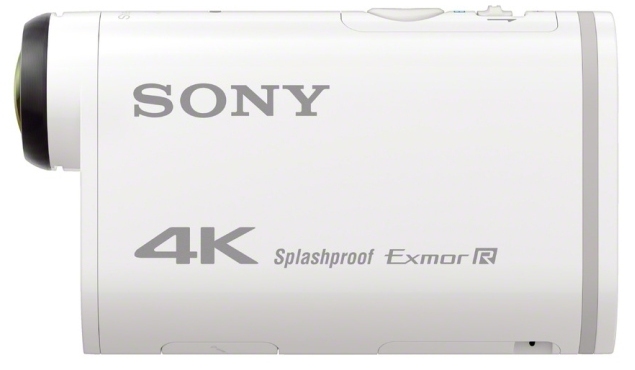 The Sony FDR-X1000V Action Cam can also shoot 1080p video at 120 frames per second or 720p video at 240fps for slow motion effects. The FDR-X1000V can play the captured videos directly on a 4K TV using an HDMI cable. It also includes a 170-degree wide-angle lens, a back-illuminated Exmor R CMOS sensor, and Sony's Bionz X image processor. Interestingly, Sony also includes the full pixel readout technology from its higher-end interchangeable lens cameras on this Action Cam, which means that one can expect better image quality.

Canon launched as many as eight cameras, which included three cameras to the PowerShot SX series, two in the PowerShot ELPH line and three handycams to its range of VIXIA video cameras. From the lot, the PowerShot SX530HS is Canon's major launch. 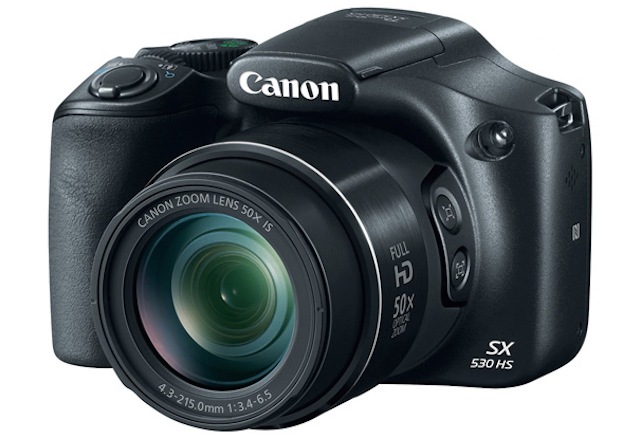 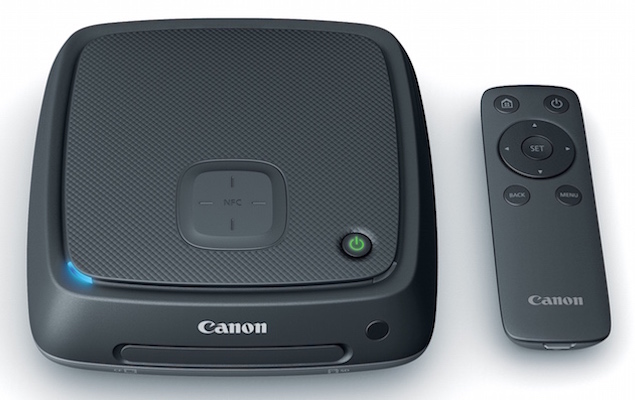 Canon also launched a new $100 (approximately Rs. 6,340) Pixma photo printer - the MX492. Canon says it can shoot out colour prints at 4.4 pages per minute and has built-in Wi-Fi. Moreover, Canon finally unveiled the Cross Media Station, a media hub it has been teasing for sometime now. The Canon Cross Media Station is expected to be available in June this year for $299 (approximately Rs. 19,000).