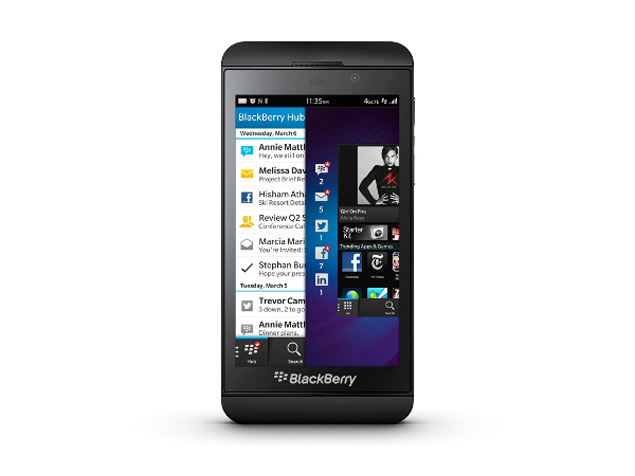 BlackBerry Z10 is the first phone based on the brand new BlackBerry 10 platform Review. The phone comes with an all-touch experience, instead of a QWERTY keyboard usually associated with BlackBerrys. So do the new hardware and software combine to deliver a stellar smartphone experience? Let's find out.

Build/ Design
BlackBerry Z10 is unlikely to invoke any strong reactions at first glance. The phone bears a pretty straightforward rectangular with curved-corners design that you'll neither hate nor find yourself falling head over heels for. Considering BlackBerry 10 represents a huge software makeover, one might've expected some bold (pun intended) moves in the design department as well, but BlackBerry seems to have decided to go with a design that is unlikely to alienate anyone.

BlackBerry Z10 smartphone was launched in January 2013. The phone comes with a 4.20-inch touchscreen display with a resolution of 768x1280 pixels at a pixel density of 356 pixels per inch (ppi).

BlackBerry Z10 is powered by a 1.5GHz dual-core processor. It comes with 2GB of RAM.

The BlackBerry Z10 runs BlackBerry OS 10 and is powered by a 1800mAh removable battery.

BlackBerry Z10 based on BlackBerry OS 10 and packs 16GB of inbuilt storage that can be expanded via microSD card (up to 64GB). The BlackBerry Z10 is a single SIM (GSM) smartphone that accepts a Regular-SIM card.