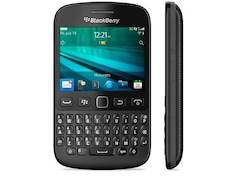 Earlier this year, BlackBerry unveiled the BlackBerry Z10, Q10 and Q5 smartphones that run on BlackBerry 10 OS, the company's brand new mobile operating system. However, BlackBerry did mention that it will continue to sell phones that were based on its legacy OS, BlackBerry 7 OS.

As far as the cameras are concerned, the BlackBerry 9720 on the rear packs 5-megapixel camera.

Connectivity options on the BlackBerry 9720 include Wi-Fi 802.11 b/g/n, GPS, Bluetooth v2.10, FM radio, and 3G. Sensors on the phone include ambient light sensor and proximity sensor.