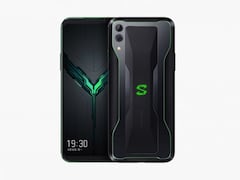 Gaming phones make up a niche category, but with mobile gaming projected to grow into a multi-billion dollar business in the near future, some companies are hoping to take an early lead. Xiaomi-backed Black Shark is one of them and it is now looking to expand its influence with its third offering — the Black Shark 2. It has all the makings of a great gaming phone, such as a flagship processor, aggressive design with RGB lighting effects, gaming-centric features, superior cooling, and more. But is the Black Shark 2 the best option for mobile gaming enthusiasts? How well does it stack up against other gamin-focussed options in the market? Most importantly, is it worth shelling out Rs. 39,999 for? Read on to find the answers in our Black Shark 2 review.