The Bluetooth speaker market is a crowded one, with plenty of options available. If you don't have a lot to spend, one look on any popular e-commerce site will show you dozen of choices. But how do you differentiate one from the other? What makes one speaker stand out? Not a lot, as it turns out.

Which is why some brands do a bit more to make their products more noticeable. Zebronics is one such brand, and its latest product is the Rs. 2,900 ZEB-UFO, which has a bit more on offer than typical Bluetooth speakers at this price. The device comes with its own cordless handset, which lets you use the speaker in the same way that you would use a cordless landline phone once it's paired to your smartphone. We go into the details on the ZEB-UFO in our full review. 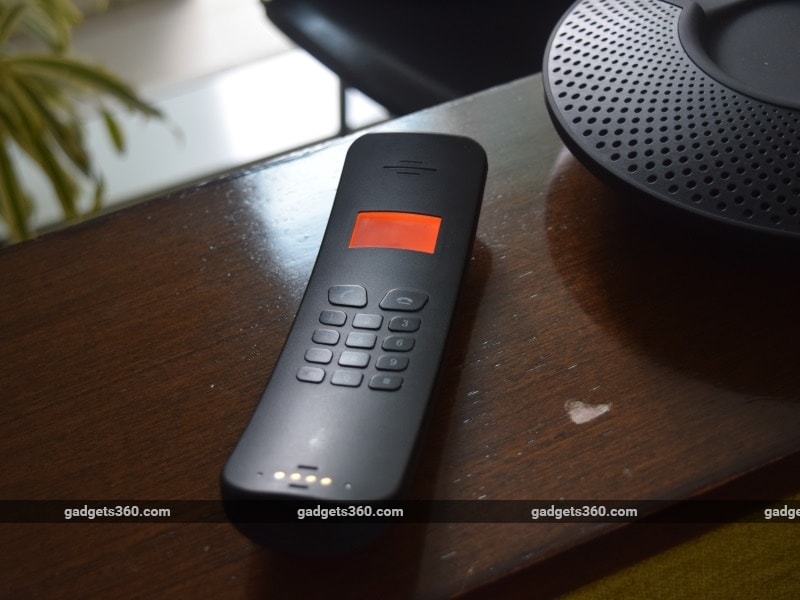 Zebronics ZEB-UFO design and specifications
The ZEB-UFO isn't called that for no reason; the disc-like shape of the speaker does in fact resemble the typical pop-culture idea of an unidentified flying object. Two semi-circular grilles contain the two 3W speakers, while the centre has the cordless handset which clamps onto the main disc magnetically. The top of the handset has controls for play/pause, next and previous, while the bottom has rubber grips for support.

The back of the speaker has a memory card slot, a Micro-USB port for charging, an auxiliary socket, and a USB Type-A port. The handset itself has a small monochrome display and number pad to dial with. It's possible to use the device for calls either with the cordless handset or directly through the speaker, with a microphone on the back of the handset serving in the latter case. There's also a physical power switch at the front.

There's a 1200mAh battery in the main speaker and an additional 200mAh battery in the handset. The speaker can run for about 8-9 hours on a full charge with mixed usage of listening and phone calls. The charges when it's placed in its holder. On the whole, it's extremely well designed for desk use, and could fit in well at home or in an office. Once the device is connected to your Bluetooth-enabled smartphone, it can be used fairly easily. Receiving calls is simple, but placing calls can be tricky if your phone has security, because you'll first have to unlock it or initiate the call on your smartphone before you can start using the handset on the ZEB-UFO. The sales package includes a stereo cable and a Micro-USB cable for charging the device. The presence of the card slot and USB port means that the device can be used as a standalone media player for mp3 files.

Performance
We used the Zebronics ZEB-UFO with our OnePlus 3 (Review) paired over Bluetooth, and also tried it with the included stereo cable connected to the same phone. Focus tracks for the review were Outkast's The Way You Move and Frey's Love Like This, and we also used the device extensively for phone calls.

Starting with The Way You Move, we found the speaker to be far too treble-heavy, to the point of being excessively sparkly even at the best of times. Lows and mids were weak, while there was a massive sensitivity spike in the highs. Voices and instruments almost seemed like they were screeching, and the sound was painful to listen to at all volumes. Bass was practically non-existent. Outkast's vocals were completely ruined by the lack of character and definition in the mids, and the speaker therefore comes across as terrible for listening to music. 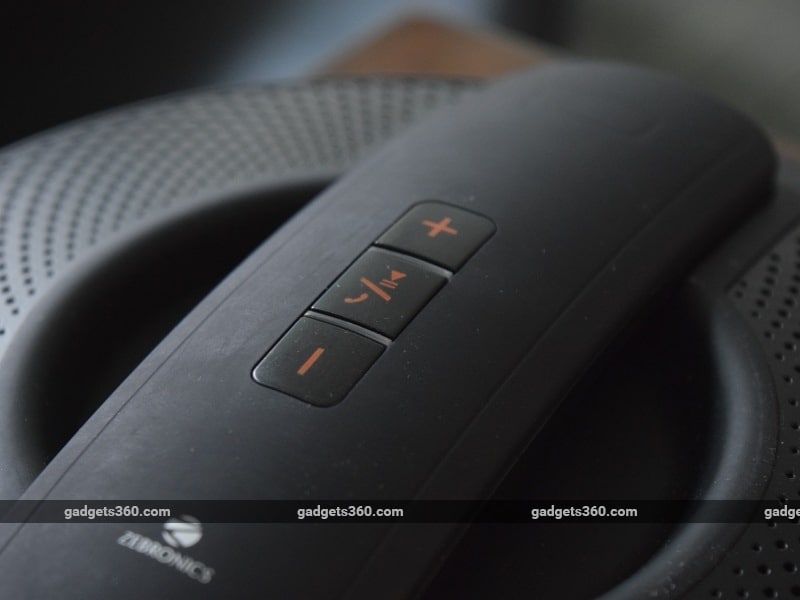 There are some pros to the ZEB-UFO though, which we heard with Love Like This. It's fairly loud, and can achieve far greater volume levels than most of the products we've reviewed which are priced under Rs. 3,000. The soundstage is decent as well thanks to the round shape, top-firing speakers and two distinct drivers. Despite this, on the whole, we aren't impressed with the sound quality of the ZEB-UFO, and better options are available at this price.

As a hands-free device paired with your smartphone, the ZEB-UFO is a bit better, but there are sound issues here as well. Although it sounds okay for calls through the base speaker unit, audio quality through the handset is poor. The sound is rough, unclear and far too soft even at the highest volume. Additionally, it wasn't possible for us to control the volume of the speaker from the speaker itself, as the buttons that we assumed were for the volume actually select the next or previous track. The connection over Bluetooth isn't always stable, and we often had to deal with unexpected stutters and pauses. 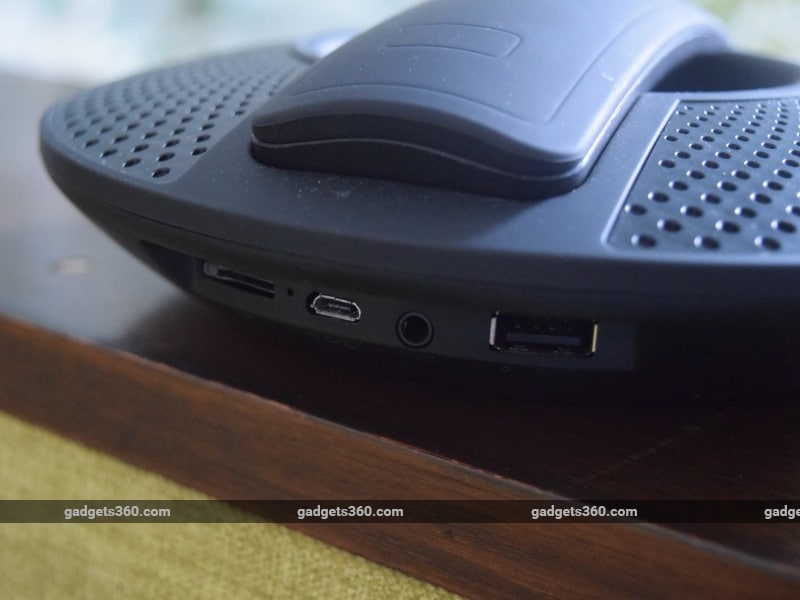 Verdict
The Zebronics ZEB-UFO is a product that had us very excited when we first saw it, but after our review we're thoroughly underwhelmed. While it had potential to stand out, poor sound quality makes it a disappointing speaker to use. The shape and functionality are interesting, but we're disappointed by the lack of quality on offer, particularly because there are many decent options available for less, such as the Xiaomi Mi Bluetooth Speaker.

The ZEB-UFO had so much potential, but simply failed to impress us. The only reason to buy it is the unique functionality of its cordless handset. If you can tolerate a bit of roughness in the sound, there aren't a lot of speakers like this, and it may still work for you as a hands-free device.

Further reading: Zebronics, ZEB UFO, Speaker, Bluetooth, Audio, Hands Free, Zebronics ZEB UFO Review, Zebronics ZEB UFO Price, Zebronics ZEB UFO Price in India
Ali Pardiwala Email Ali
Ali Pardiwala writes about audio and video devices for Gadgets 360 out of Mumbai, and has covered the industry for a decade now. Ali is a Senior Reviewer for Gadgets 360, where he has regularly written about televisions, home entertainment, and mobile gaming as well. He is a firm believer in 4K and HDR on televisions, and believes that true wireless earphones are the future of the personal audio industry. Ali is available on Twitter as @AliusPardius and on email at alip@ndtv.com, so do send in ...More
Real Cricket 16 Hits 10 Million Downloads, New Game Modes Coming Soon
Microsoft Adds Guest Access Functionality to Office 365