Does the Xmate Volt deliver an electrifying performance?

Bluetooth speakers are a convenient way of sharing your music when you are with your mates. They are quite common now, and like many other popular kinds of accessories, there are a lot of options to choose from. Accessory maker Xmate has a new Bluetooth speaker in the market called the Volt. The Volt has two drivers as well as LEDs that light up according to the music. So should you put your money on the Volt, or are there better alternatives in this price segment? We put it to the test to find out. 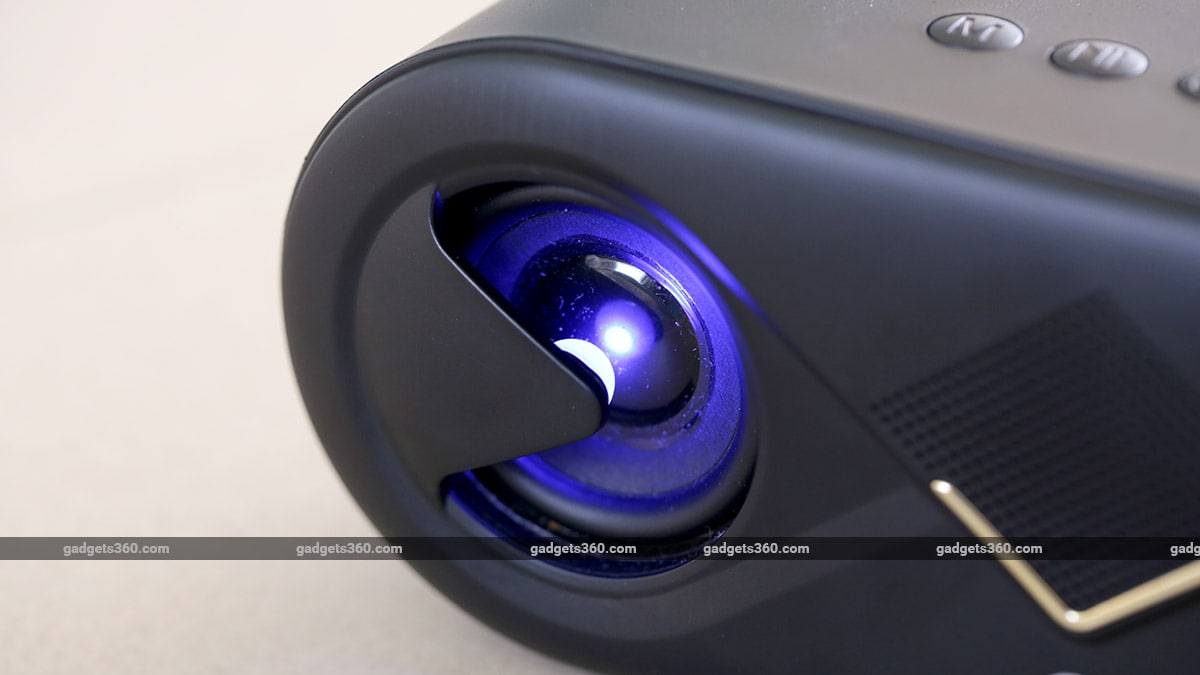 The LEDs near the drivers pulsate according to your music

The Xmate Volt is made out of plastic and is fairly light for a speaker of this size. It has two drivers which are visible from the front, and a passive radiator that sits behind the front cover. Xmate has designed a plastic moulding on top of the drivers to protect them. These plastic mouldings have blue LEDs which pulsate based on the audio being played through the Volt.

The Xmate Volt has five buttons on the top for power, fast forward, rewind, mode selection, and play/pause. They are all arranged in a line and have the same shape, so you won't be able to perform an action easily without looking at the speaker. These buttons have good feedback though, so you won't be second guessing an input. 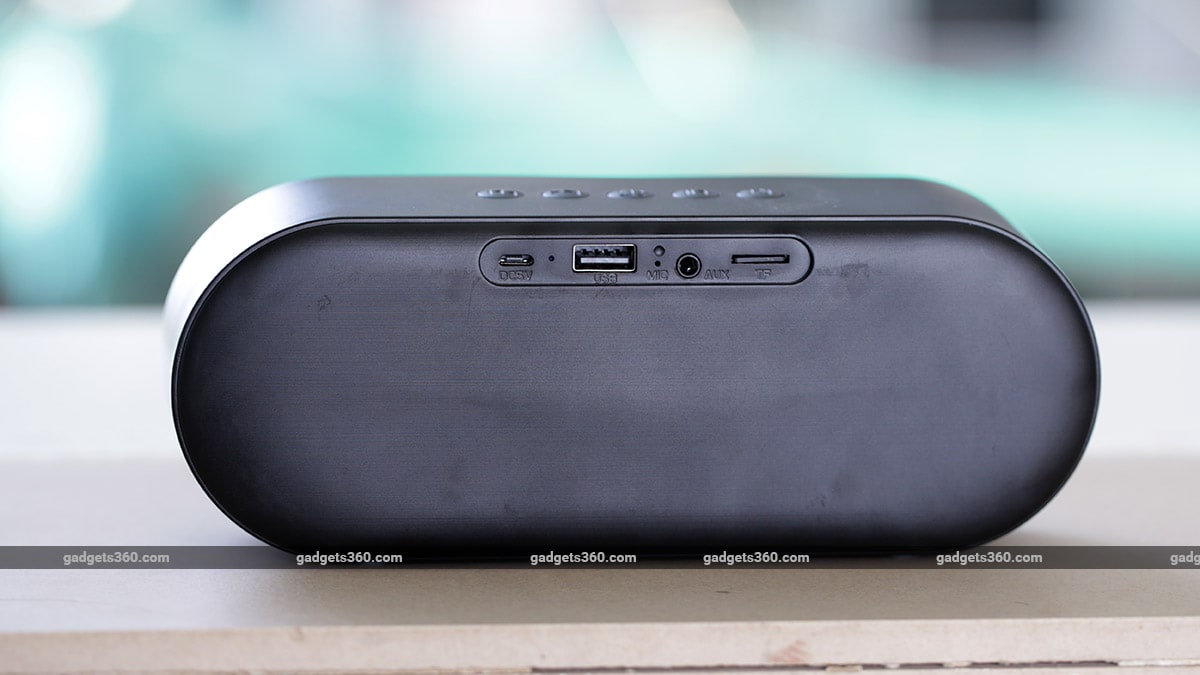 At the back, there's a Micro-USB port for charging the speaker, a status LED, a full-size USB host port, a microphone, a 3.5mm aux input, and a microSD card slot. At the bottom, it has two rubber legs which ensure that the speaker does not move about when playing audio. We found the build quality of the Xmate Volt to be acceptable for the price, and you get a Micro-USB as well as an aux cable in the box.

The Xmate Volt has two 5W drivers with a frequency range of 20Hz-20,000Hz. It packs in a 2,000mAh battery and promises 10 hours of playback time. It also has support for Bluetooth 5.

Power the Xmate up and it will play audio cues to tell you that the device is ready and pairing with a smartphone. We paired the Xmate Volt with our Google Pixel 3 (Review) unit to see how it performs, and the process was easy. The LED lights pulsate based on the music you are listening to but we found it to be tacky. You do have the option to switch these lights off.

The audio quality of the Xmate Volt isn't great but it is acceptable for the price. It does get loud and we rarely played it at full volume. When we did, we could hear distortion at high volumes. When streaming music using JioSaavn, we found the upper-mids to be shrill at even the 50-60 percent volume level. Bumping the volume up to the 80 percent mark caused the highs to sound even shriller, forcing us to turn it back down. We listened to AC/DC's Highway to Hell on the Xmate speaker and noticed that we couldn't distinguish between the different instruments used in the song.

We played Lock Doh, a song with a good amount of bass, but the Xmate Volt failed to deliver the thump. There is no bass at higher volumes as the highs drown it out completely. However, at lower volumes this speaker does produce a slightly better balanced sound. The mids are average but acceptable for the Rs. 1,699 price that this speaker commands. 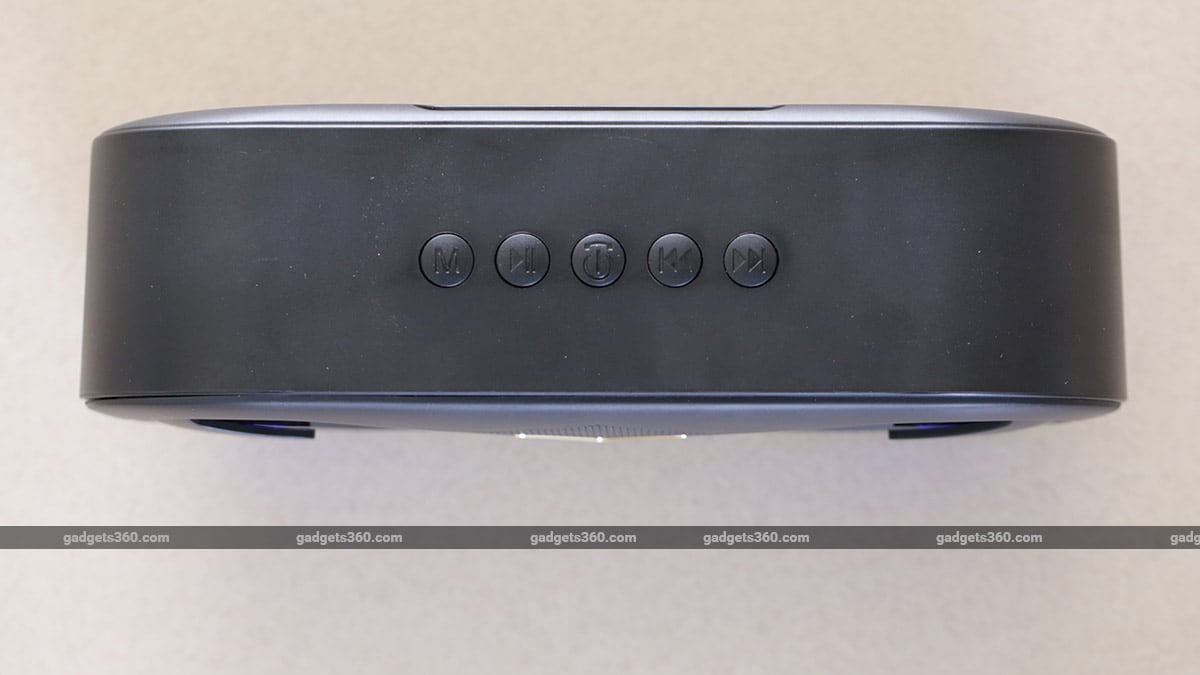 The five buttons are identical in shape and size

The M button on the speaker makes it easy to switch between different audio sources. When listening to audio stored on a MicroSD card we noticed that the quality was better compared to the same files streamed using Bluetooth. Music did not distort as much at higher volumes, and the bass was slightly better. We then plugged the Xmate Volt directly into a MacBook Air using the aux cable provided, and we found the audio quality to be just the same as in the previous mode.

We managed to squeeze out 10 hours and 40 minutes of playback time when streaming audio via Bluetooth at 60 percent volume with the LED lights on. When the 2000mAh battery did run out, we managed to top it up in four hours using a 10W charger. We found the charging time to be long, and some of the other Bluetooth speakers we have tested charge a lot quicker.

Since the Xmate Volt has a microphone, we used it to make a couple of calls. Xmate has positioned the microphone at the back, which isn't ideal. Our callers complained that they couldn't hear us clearly and we had to occasionally turn the speaker around. If you are planning on using the Xmate Volt as a speaker for calls, this will be an issue.

The Xmate Volt isn't very expensive at Rs. 1,699 but it isn't very good either. You can find smaller Bluetooth speakers in the market at this price that aren't as loud but sound better, such as the JBL Go and the Logitech X50. If you want the loudest output and long playback time, the Xmate Volt does have those things going for it. If not, we recommend that you spend a little more and go for the F&D W19 instead.