The latest addition to the series is the Wonderboom speaker which was announced in the US this March and has been launched in India just in time for the monsoon. The UE Wonderboom promises omnidirectional sound, waterproofing and more for a competitive price of Rs. 7,995. Let's see what it's capable of.

The Wonderboom ships in a simple box that's only slightly larger than the speaker itself. Inside, you get the speaker and a flat Micro-USB cable for charging. It's available in a variety of funky colour combinations, and our review unit was blue with orange accents on the volume buttons and hang loop.

Build quality is superb, with rubberised top and bottom panels, and fabric mesh covering the drivers. The unit is a bit heavy at 425g, but this ensures that it stays put when you start belting out your tunes at high volumes. The cylindrical design means that sound is pushed out in all directions. The Wonderboom houses two active 40mm drivers and passive radiators, which together can achieve a maximum volume level of 86dB. 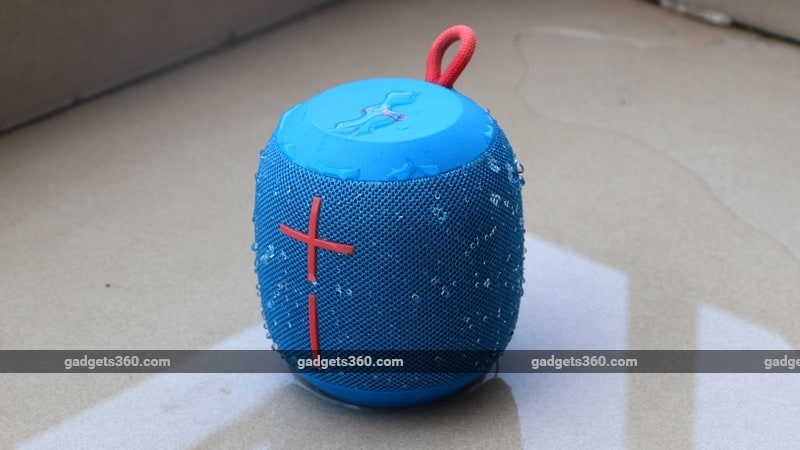 You have three buttons on the top. The first is hidden under an LED and is used to pair the speaker over Bluetooth. There's no NFC here so you'll have to pair it the old-fashioned way. The UE logo also has a button beneath it which is used for controlling media playback and also for pairing two Wonderboom units with each other. This feature, called 'Double Up', lets you double the volume level, but doesn't split the right and left channels between the two for a stereo setup. Finally, there's the power button, which has its own LED light.

The USB port is hidden around the back, at the bottom, and is covered by a flap. There are oversized volume controls in the front, and pressing them simultaneously lets you check the battery status. There's no voice prompt to tell you the status, instead, you get a tone which is supposed to tell you whether the battery level is high, medium, or low.

In terms of specifications, the drivers support a frequency range of 80Hz - 20kHz. The Wonderboom has an IP67 rating, which means it can be submerged in up to 1m of water for up to 30 minutes. The Wonderboom can remember up to eight paired devices and can handle two active connections at the same time. Finally, the built-in battery promises up to 10 hours of runtime. It would have been nice to have a standard  AUX port for wired connections, and a microphone for answering calls.

The setup process is as simple as connecting any Bluetooth device to your phone. We tested the Wonderboom with a OnePlus 5 (Review), a Sony Xperia XZ Premium (Review), and an iPad, with media mostly streamed from Apple Music, YouTube, and Amazon Prime Video. 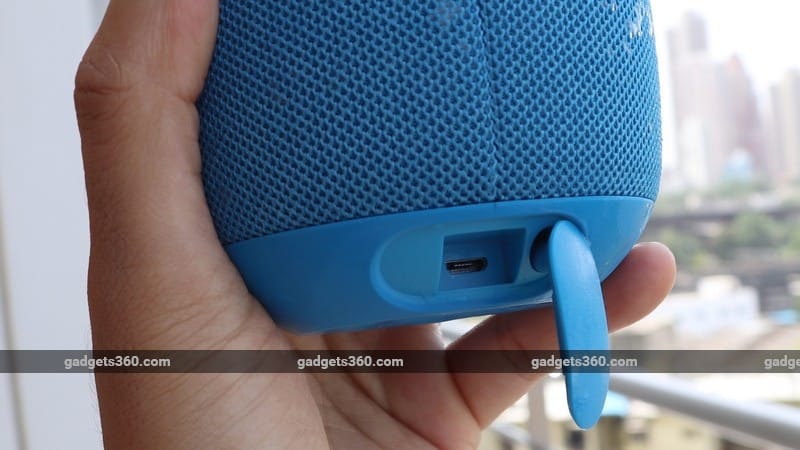 The first thing that struck us was how surprisingly loud the UE Wonderboom can get. The volume is linked directly to the device you're connected to, so you can control it from there remotely. The speaker gets loud enough to fill a room even at the 50 percent level. The soundstage is wide with excellent details in the mid and high frequencies, which is quite surprising for a waterproof Bluetooth speaker. Pop tracks like Don't Wanna Know by Maroon 5 showcase the speaker's ability to deliver clear and distinct vocals with good instrument separation. Bass is also delivered well and is punchy, and if you place the Wonderboom against a solid surface like a wall, a bit of sub-bass can also be felt in tracks like Side to Side by Ariana Grande, which once again, is not bad.

When you take it outdoors, the Wonderboom is still pretty loud although the bass levels dip when there's nothing to reflect off. Even at full volume, the speaker does not move about or vibrate at all. The oversized volume buttons require a bit of effort to press but the ones on the top of the speaker work fine. The UE Wonderboom also fares well with video playback - the drivers managed to reproduce the throaty growl of an Alfa Romeo 4C Spider sports car in The Grand Tour, and voices were pretty crisp and distinct when watching American Gods.

The Wonderboom has a rated battery life of 10 hours, and in our testing, we managed to come pretty close to this figure. On average, we got a little more than nine hours of battery life, but if you play it at high volumes all the time, you should expect something in the vicinity of eight hours. The UE Wonderboom also worked perfectly well in the rain. 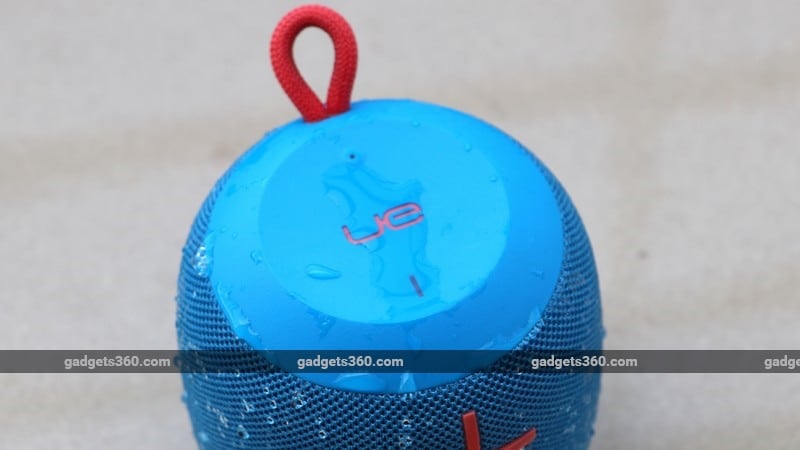 Verdict
The Ultimate Ears Wonderboom is priced at Rs. 7,995, which is an attractive price considering the size and audio performance of this speaker. Our only real gripe here is the lack of a 3.5mm auxiliary connector for wired sources. NFC would also have been handy for easier pairing. Audio performance is excellent for a waterproof speaker, with a wide soundstage as well as detailed mids and highs. Bass performance is also good, provided you place the speaker next to a reflective surface like a wall.

If you're looking for a quality waterproof speaker for less than Rs. 10,000, the UE Wonderboom is a very good option.

Further reading: UE Wonderboom, UE Wonderboom review, UE Wonderboom price, UE Wonderboom price in India, UE Wonderboom specifications, Ultimate Ears, Wonderboom, Waterproof Bluetooth speaker
Roydon Cerejo Email Roydon
Roydon Cerejo writes about smartphones and laptops for Gadgets 360, out of Mumbai. He is the Deputy Editor (Reviews) at Gadgets 360. He has frequently written about the smartphone and PC industry and also has an interest in photography. With over a decade of experience covering the consumer technology space, he is also an avid sci-fi movie and TV show geek and is always up for good horror flick. Roydon is available at roydon@gadgets360.com, so please send in your leads and tips. More
GTA V PC Modding Tool Open IV Is Back After Negative Reviews During Steam Summer Sale
WhatsApp for Android Beta Gets Photo Bundling, Refreshed Call Screen

product The UE Wonderboom Bluetooth speaker offers detailed performance and a wide soundstage, all in a waterproof body. 4.5 out of 5 stars