Yet another affordable AirPods alternative, this time from Stuffcool.

Truly wireless earphones, while still exciting to us, certainly aren't very fresh anymore. It's not just the big brands that now have truly wireless headphones as part of their product ranges. Even smaller companies, that a lot of us might not even have heard of, now sell such products. The advantage of all of this is dropping prices, and Rs. 5,000 is enough money to buy a decent pair of truly wireless earphones today, which wasn't the case less than 15 months ago. Getting in on the action is Stuffcool, a manufacturer of affordable audio gear and smartphone accessories.

The Stufcool Stuffbuds are the company's first truly wireless earphones, and are priced at Rs. 4,999 in India. Naturally, the key selling point here is the design itself, but the market is crowded now, and Stuffcool won't have it easy. Are these affordable truly wireless earphones good enough to give our current budget champions, the Leaf Pods, a challenge? We review to find out. 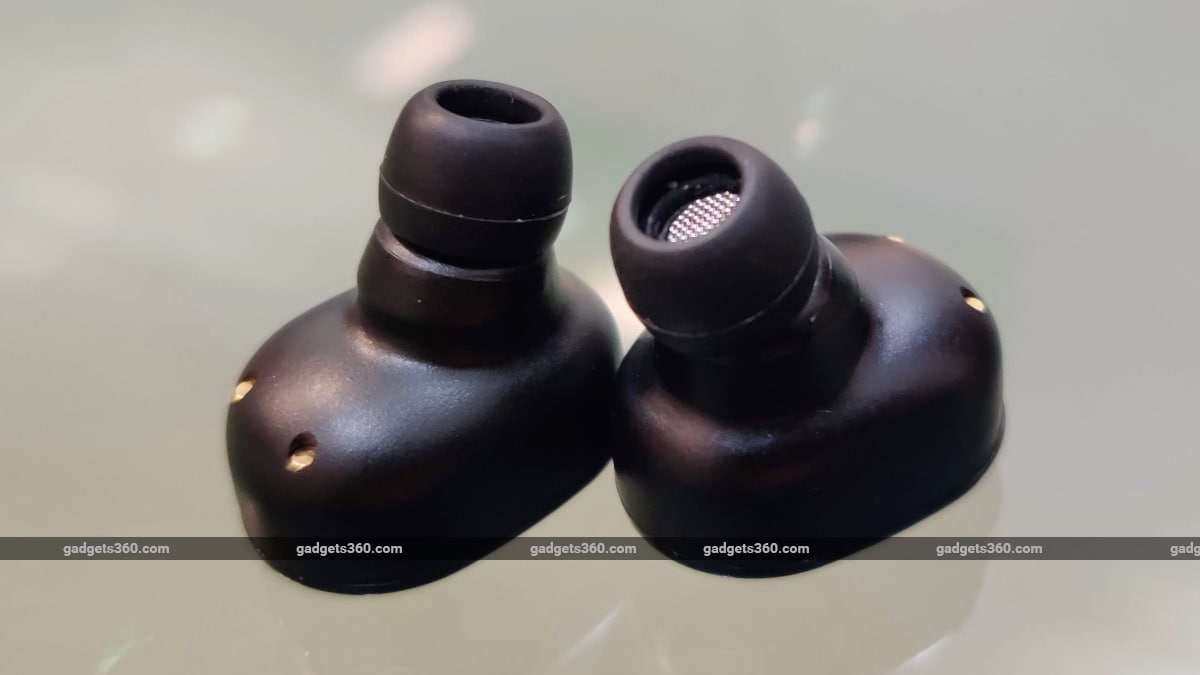 Some of the better-known truly wireless earphones have iconic or unique designs that make them instantly recognisable, such as the Apple AirPods and Sennheiser Momentum True Wireless. Many of the affordable options available today are better described as functional, with the Stuffcool Stuffbuds fitting into that category.

While some others have a hint of styling, the Stuffcool Stuffbuds look very nondescript, with simple glossy plastic exteriors that have the Stuffcool logo printed on them. Each earbud has a button that can be used to control playback — a single press on either side will play or pause the music, a double-press skips to the next track, and a triple-press jumps to the previous track. The buttons can also be used to answer and reject calls, or call the last-dialled number, but can't be used to adjust the volume.

The Stuffcool Stuffbuds are light, well built, and comfortable to wear when used with the correct ear tips. However, we didn't get a very secure fit, which led to poor sound isolation when using the earbuds. The left earbud serves as the primary one that connects to the source device, and can be used on its own. The right earbud connects to the left one, and can only be used when the left one is in operation.

Other truly wireless earphone charging cases have hinges, but the lid of the Stuffbuds' case is completely detachable, which we didn't like at all since this made it likely to get misplaced. The case is charged through a Micro-USB port, and the sales package includes a cable for this purpose, along with a carry pouch and two extra pairs of ear tips. 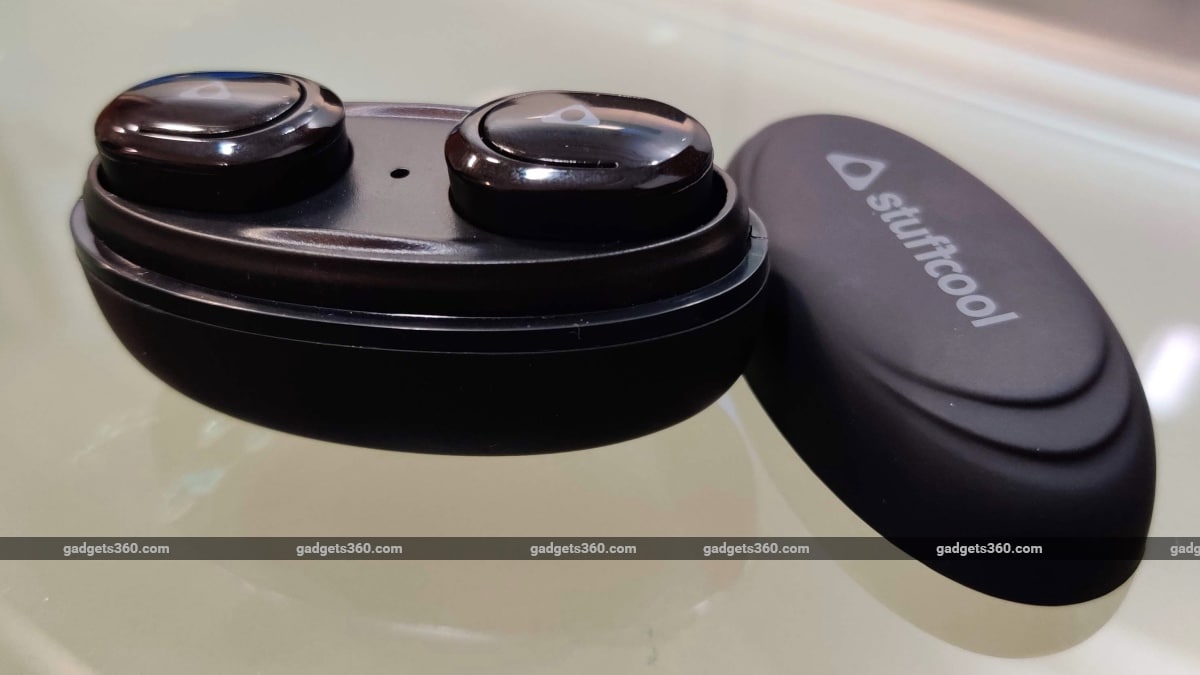 During our testing, the earphones ran for around 2 hours, 30 minutes on a full charge, with the case offering an additional two-and-a-half charges, for a total of around 9 hours of battery life per full charge cycle. These are sub-par figures, even considering the price.

The SBC and AAC Bluetooth codecs are supported by the Stuffcool Stuffbuds, which uses Bluetooth 5. We found that the connection was more stable when using the former codec, while the latter had marginally better sound quality, but at the cost of connection stability and occasional latency issues between the source device and earphones.

Not very long ago, spending less on a pair of truly wireless earphones meant a compromise in sound quality, but the Leaf Pods are an example of how good a product can be without crossing the Rs. 5,000 mark. Unfortunately, the Leaf Pods remain a rare offering in this price segment, and the Stuffcool Stuffbuds don't offer anything extraordinary by way of sound quality.

Our experience of the Stuffcool Stuffbuds was largely ordinary, with a sound that came across as dull and lacking in drive and attack. Listening to Romeo by Basement Jaxx, we found no thump to the bass, no sparkle in the highs, and absolutely nothing exciting to report about the sound on the whole. The mid-range was perhaps the only redeeming feature in the sonic signature, because it was fairly clean and is suited for vocals, which we could hear clearly enough. 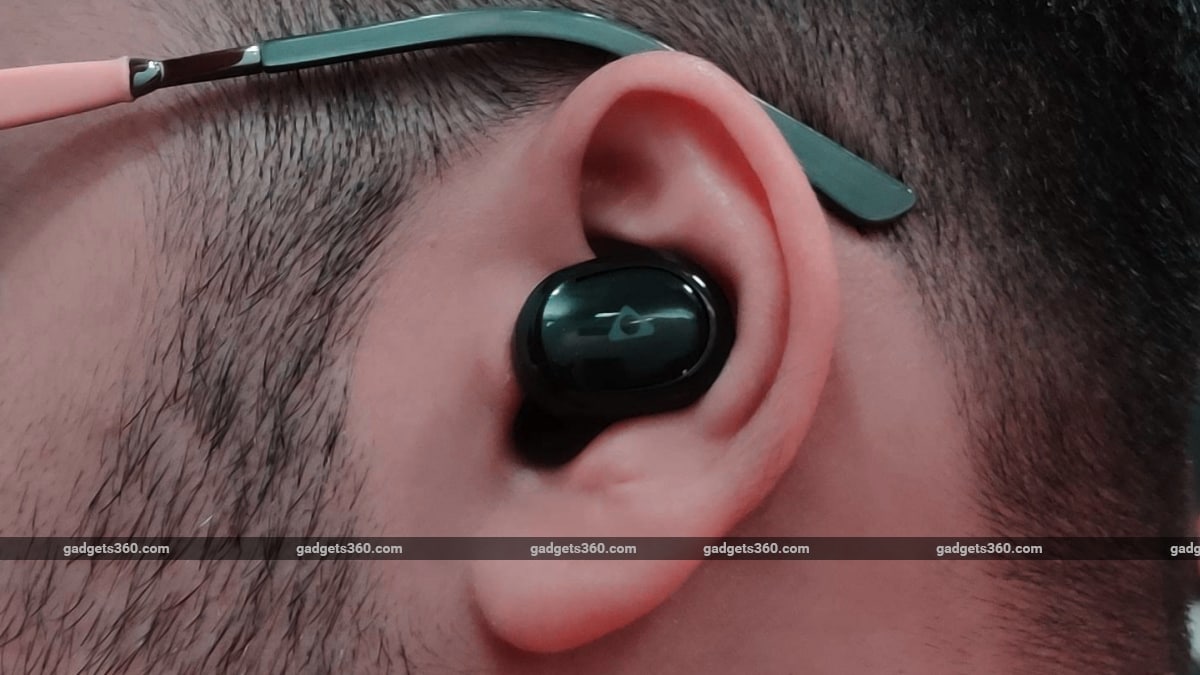 Switching to Magic by Moon Boots, this lack of push across the frequency range was highlighted once again, although the track's own sonic signature wasn't heavily skewed. The Stuffcool Stuffbuds produce a fairly balanced sound that is comfortable enough to listen to, but basic. It doesn't go above or beyond, and instead somewhat blunts the edge in most tracks. As a result of this, the sound tuning of the Stuffcool Stuffbuds comes across as lazy and underdeveloped.

While the soundstage is decent, the poor sound isolation took away some of its qualities in our experience. This lack of isolation might be a good thing if you intend to use these earphones outdoors or even in a workplace where you need to have your ears open, it doesn't do the sound quality any favours. Subtle details in the beautiful Nuits Sonores by Floating Points were pretty much lost even with the volume turned up.

The Stuffcool Stuffbuds have microphones built in and can be used for voice calls. Call quality was just about acceptable in quiet spaces, but our voice was reported to be lost in the noise of loud, crowded areas. At higher volumes, we were able to clearly hear voices on the other end of calls.

Stuffcool is known for its affordable products, and is a popular option when it comes to things like laptop sleeves and smartphone chargers. However, our experience with the company's audio products has been underwhelming — the Stuffcool Stuffbuds, just like the Stuffcool Monty wireless earphones, aren't quite up to the mark.

Although the design and build quality are functional and acceptable, the Stuffcool Stuffbuds fall short in terms of sound quality, battery life, and value for money. While Rs. 4,999 isn't a lot of money, the Stuffbuds don't quite offer anything beyond the core functionality of truly wireless earphones, and might be acceptable only for casual listening in spaces where you need to hear your surroundings. It would make more sense to look at the Leaf Pods at this price, which remain our pick for the best budget truly wireless earphones available today.

Further reading: Stuffcool, Stuffcool Stuffbuds, truly wireless earphones
Ali Pardiwala Email Ali Ali Pardiwala writes about audio and video devices for Gadgets 360 out of Mumbai, and has covered the industry for a decade now. Ali is a Senior Reviewer for Gadgets 360, where he has regularly written about televisions, home entertainment, and mobile gaming as well. He is a firm believer in 4K and HDR on televisions, and believes that true wireless earphones are the future of the personal audio industry. Ali is available on Twitter as @AliusPardius and on email at alip@ndtv.com, so do send in ...More
Samsung Galaxy Note 10 Leaks Detail Audio Zoom, S Pen Air Gestures; Storage Variants and Colour Options for Indian Market Tipped
Disney to Expand Hotstar Across Southeast Asia, Says CEO Bob Iger

product Stuffcool’s latest audio product is the affordable Stuffbuds, a pair of truly wireless earphones that are designed to be compact and light. But are they any good? We review to find out. 3 out of 5 stars