Flashing lights and a fabric-wrapped body, on a budget.

The Sound One Drum is stylish, flashy, and IPX5-rated for water resistance

Most portable Bluetooth speakers in the budget segment feature the same basic design — a brick-like shape with front-firing speaker drivers. While premium options are more varied, stylish design is still quite rare in the affordable wireless speaker space. One of these rare options is what we're reviewing today, the Sound One Drum.

This speaker is priced at Rs. 3,490 officially, but it can be found online for under Rs. 2,000. For this price, there's a lot on offer, including good looks, water resistance, and various connectivity options. However, the most important thing is sound quality, and we're reviewing the new Sound One Drum wireless speaker to find out whether it has what it takes when it comes to performance.

Sound One Drum design and specifications

The Sound One Drum Bluetooth speaker has a drum-like shape, as its name suggests. The exterior has a fabric wrap that covers the speaker drivers, while the frame is plastic. The speaker has a rubber base for grip when placed on any surface. The top is soft rubber, with buttons to control playback, volume, mode, and power.

The top of the Sound One Drum also has flashing multi-coloured lights, which were a bit distracting at times and unfortunately cannot be switched off. The speaker also has a rope-like handle at the top which makes it easy to carry around, and you could even hang this speaker on a hook.

There are multiple connectivity options for audio on the Sound One Drum, including Bluetooth, an aux input, a Micro-USB port, a microSD card slot, and FM radio. While the radio is a useful feature to have, we had to scan for stations manually using the power button which was a bit inconvenient. The lack of visual indicators on the speaker meant that it took a while to find the station we wanted. 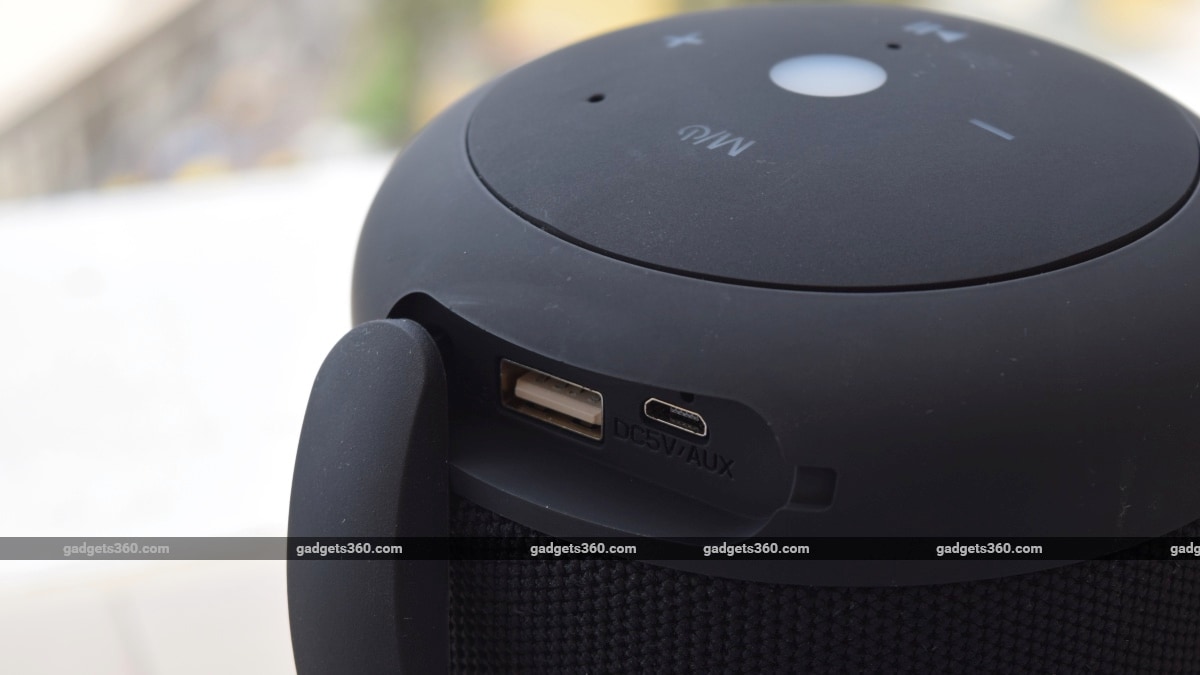 Aux connectivity on the Sound One Drum is unlike what we're used to; the speaker doesn't have a traditional 3.5mm input to plug a stereo 3.5mm cable into. Instead, the speaker comes with a unique cable that has a Micro-USB plug on one end, with a USB Type-A plug and a 3.5mm plug on the other end. You have to plug this proprietary cable into the Micro-USB port on the speaker to connect a wired audio source. This cable is also used to charge the speaker.

While the buttons are easy to press, the controls were a bit hard to remember. Volume adjustment requires a long-press of the correct button, but a short tap will skip to the previous or next track. This often led to us accidentally skipping tracks when we meant to adjust the volume, and also made slight volume tweaks difficult.

The Sound One Drum is IPX5-rated for water resistance. It also has a microphone for hands-free usage. The speaker supports Bluetooth 4.2 but only using the SBC Bluetooth codec. It has a 2,000mAh battery which ran for around 6 hours on a full charge.

While the sound quality of an affordable wireless speaker is definitely not going to match that of premium products, we have heard good sound from some budget-friendly options such as the Boat Stone SpinX and F&D W19. However, the Sound One Drum is disappointing when it comes to audio quality, with a dull sound that is devoid of excitement. 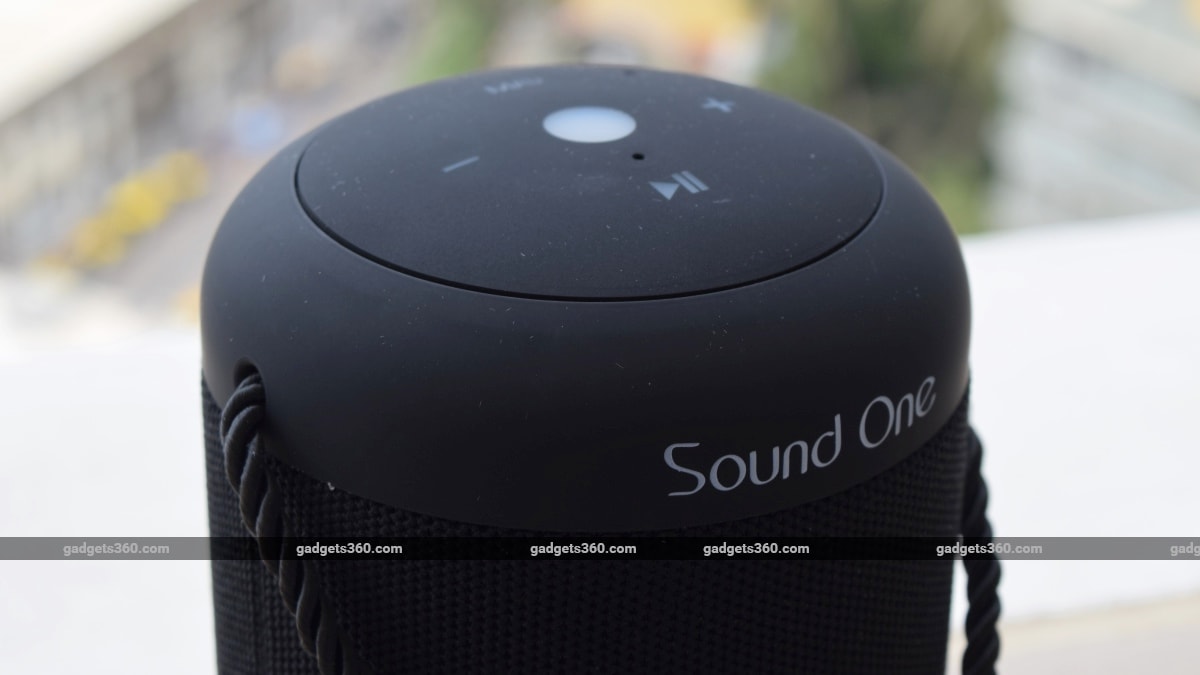 The most noticeable thing about the sound is the lack of loudness. Even with the volume level maxed out on the source devices and the speaker, the sound just wasn't as loud as we'd have liked.

The sonic signature of the Sound One Drum is a bit strange in our opinion. The low-end wasn't entirely inaudible; the sonic signature has a strong lower mid-range, but it is weak in the sub-bass frequencies. Listening to the lively Show Me by Alex Wilson wasn't as enjoyable as we'd have liked; the trumpets in the track sounded too warm, and the mid-range sounded muddy and lacking in detail. Often, it sounded as though the track was being played through a pipe, and we felt that the sound was only a slightly louder version of what you might expect from your smartphone's built-in speaker.

Next, we played Hurting by Friendly Fires, a track with a catchy, percussive beat and strong vocals. We heard a lot of sibilance in this track, which severely affected the quality of the sound and the listening experience. In general, the Sound One Drum left a lot to be desired in terms of audio quality. 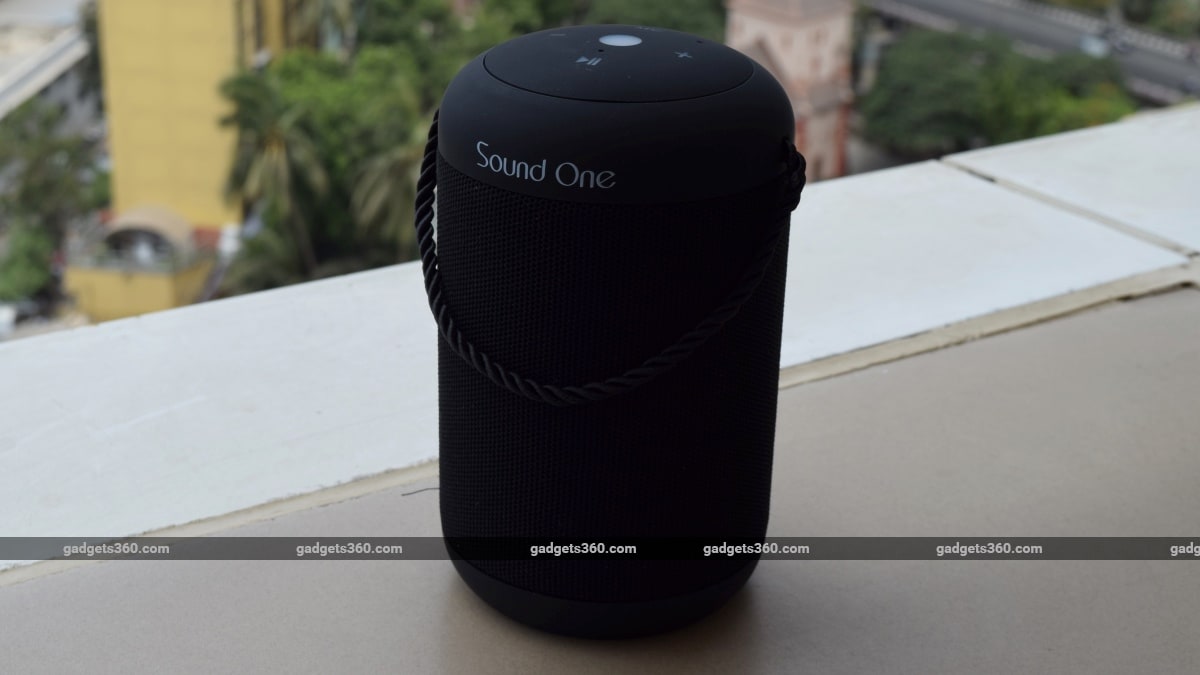 Verdict
The Sound One Drum is affordable, looks good, and on the face of it, offers a lot for the price. However, the sound is sad and battery life is just okay. These weak links bring down a wireless speaker that might have otherwise stood a chance in this competitive segment.

While multiple connectivity options and the IPX5 water resistance rating might make the speaker worth considering for some, the sound quality is only good enough for casual background listening at low volumes. At around this price, we'd suggest looking at competing options from Boat and F&D, which will provide a better overall experience.

Further reading: Sound One, Sound One Drum, Bluetooth, Speaker
Ali Pardiwala Email Ali Ali Pardiwala writes about audio and video devices for Gadgets 360 out of Mumbai, and has covered the industry for a decade now. Ali is a Senior Reviewer for Gadgets 360, where he has regularly written about televisions, home entertainment, and mobile gaming as well. He is a firm believer in 4K and HDR on televisions, and believes that true wireless earphones are the future of the personal audio industry. Ali is available on Twitter as @AliusPardius and on email at alip@ndtv.com, so do send in ...More
HTC U19e With Iris Unlock Support, HTC Desire 19+ With Triple Rear Cameras Launched: Price, Specifications
YouTube CEO Susan Wojcicki Apologises to LGBTQ Community