Skullcandy's truly wireless earphones are here, and they're as bass-heavy as we expected.

This year has been big for truly wireless earphones, with important launches from Samsung, Apple, and many other companies. In India, we have also seen big launches from Sennheiser, Nokia, and Blaupunkt, to name a few. Joining that bandwagon today is a brand that has made waves in the audio industry for its modern, stylish designs and bass-focused sound: Skullcandy.

The new Skullcandy Push truly wireless earphones are priced at Rs. 9,999, and take on strong competition in the segment from similarly priced products such as the Samsung Galaxy Buds and Nokia True Wireless Earbuds. Can Skullcandy make a mark on this product segment? We review to find out. 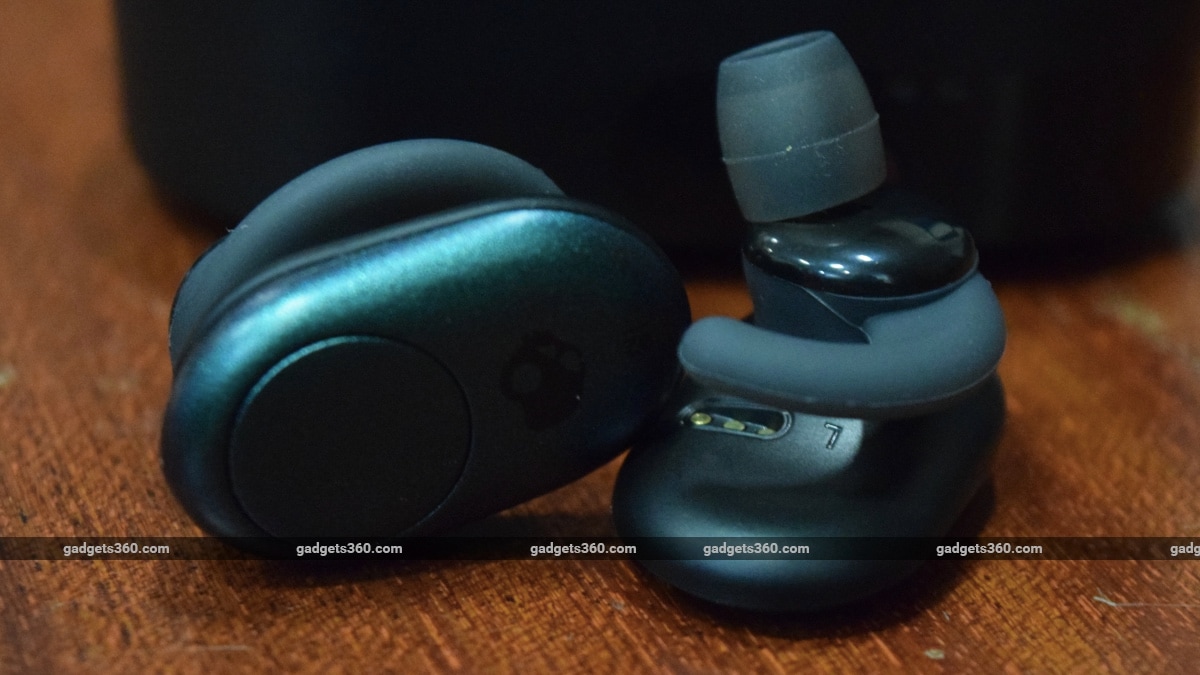 Like all of the truly wireless earphones we've had a chance to test in the past few months, the Skullcandy Push consists of two earbuds and a charging case to store and charge them in when not in use. The earbuds have a pill-shaped design that sticks to the typical Skullcandy aesthetic, combining urban styling with somewhat industrial design, which we quite liked. While the earbuds are large, their plastic casings keep them light. Wing attachments comfortably and securely kept the buds in our ears.

Each earbud has a large button on its outer side and an indicator light at the bottom. The earbuds themselves don't feel quite as nice as the Samsung Galaxy Buds or the Nokia True Wireless Earbuds, but they do look good and fit quite comfortably. They didn't stick out of our ears too much because of the design, and therefore looked a bit more discreet in use. The Skullcandy Push is available in two colours in India — grey and green. We preferred the green variant, particularly for its textured matte finish.

The earphones are claimed to be water resistant, although no IP rating is mentioned on the sales package or India website. They use Bluetooth 4.2 and support only the SBC codec, not the higher quality AAC or aptX codecs. The frequency response range is 20-20,000Hz. 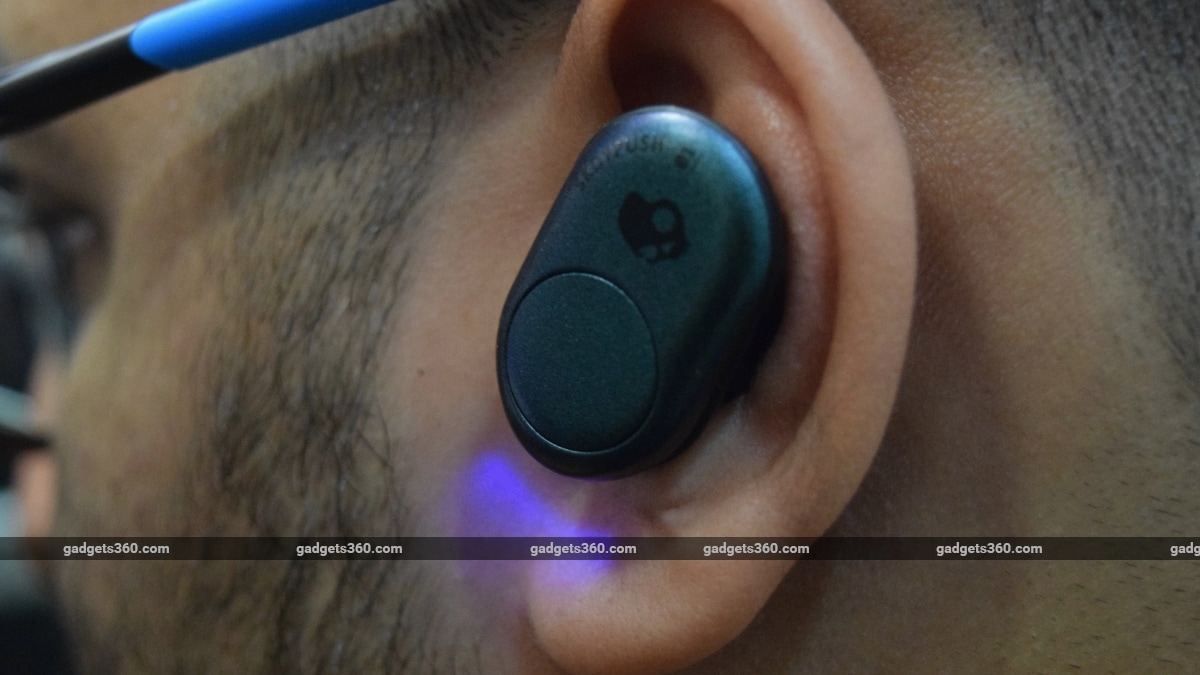 The single button on each earbud of the Skullcandy Push serves to control power, pairing, volume, and music playback. A single-press on either side will play or pause music; a double-press controls the volume (reduce from the left and increase from the right); and a long-press skips to the previous or next track.

The left earbud functions as the primary one that connects to your source device, so the right one requires the left to be connected in order to work. There is no automatic pause function when removing either earbud from your ear, and we needed to pause our music manually when we wanted to take a break. Putting the earbuds back in their case did turn them off, though.

The charging case of the Skullcandy Push is nowhere near as good as those we've seen with competing products, for a number of reasons. To start with it's large, looks a bit strange, and feels cheap. There's a line of charge level indicator LEDs on the front,. To charge the case, there's a USB Type-C port, which is perhaps the only good thing about it.

The Skullcandy Push earbuds fit into cutouts in the case, but don't sit very snugly. Even when the case was closed, any movement would cause the earbuds to rattle around inside and sometimes they would accidentally turn themselves on. This was bothersome, as it often caused the earbuds to automatically reconnect to our smartphone at odd times. On some occasions, the earbuds didn't automatically power on when removed from the case, and had to be manually turned on and paired.

Additionally, the charging case doesn't hold as much power as those of most other truly wireless earphones. Although we were able to get about 5 hours, 30 minutes of use from the Skullcandy Push earbuds on a single charge, the case was only able to top them up once, for a below-average 11 hours of total battery life. While the case's battery is a let-down, the earbuds themselves make up for it with above-average battery life. 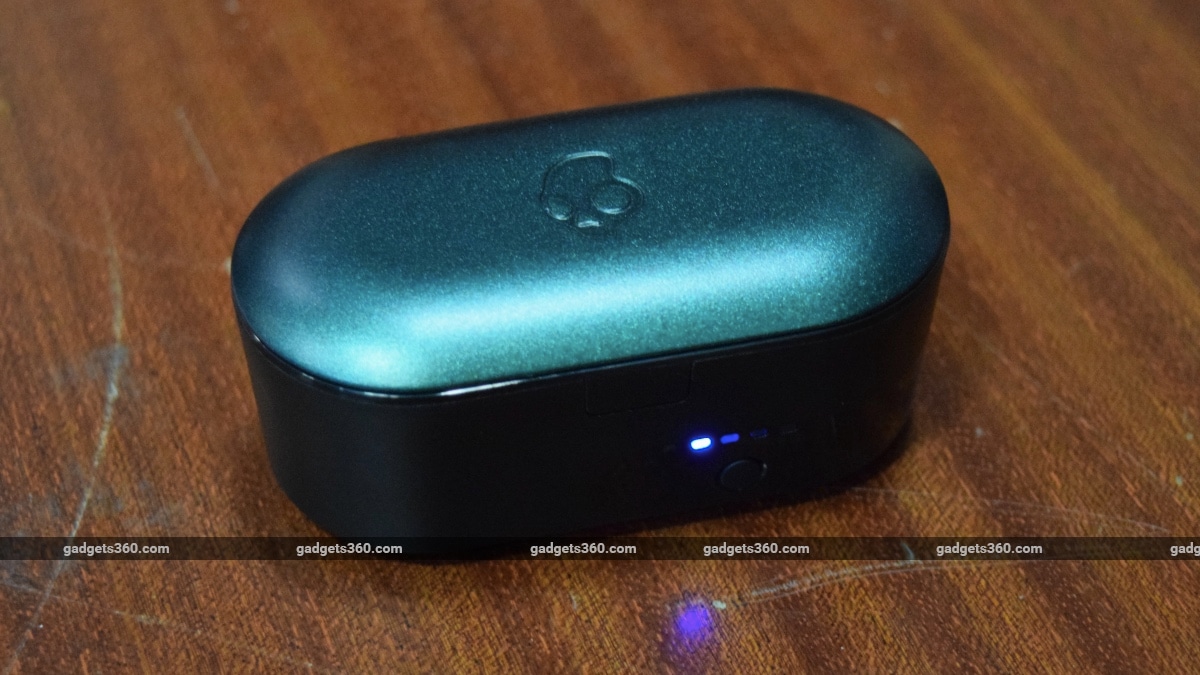 While the Skullcandy Push might not be quite as nice as the Samsung Galaxy Buds and Nokia True Wireless Earbuds when it comes to build quality and the charging case, these earphones do sound good.

Many Skullcandy headphones and earphones have a consumer-friendly sonic signature that favours bass, and the Skullcandy Push sticks to this formula. These truly wireless earphones clearly favour the low end, and we were able to hear a fair amount of punch in the bass. While there was a fair bit of aggression in the sub-bass notes, even mid-bass frequencies returned strong responses.

Listening to Bambro Koyo Ganda by Bonobo had its ups and downs; the track started gently, but the bass attack quickly became the most prominent part of the track when heard on the Skullcandy Push earphones. The lows were powerful and punchy, yet never overpowered the mids and highs, which remained defined and clean for the most part. While the bass did get tiring over time, it certainly lent a bit of character and energy to the sound, and didn't adversely affect the overall feel of the track.

Switching to the gentler Relax by Frankie Goes To Hollywood, the Skullcandy Push showed its ability to handle tracks that aren't heavily dependent on bass. Although the bass was still prominently audible, the rest of the track wasn't lost. The mid-range and highs were clean, distinct, and defined.

This tendency to favour the low-end works well for genres such as electronic and rock, and these earphones are ideal if you like your music with generous helpings of low-end thump. The strong bass levels do however take away from the soundstage and openness of the Skullcandy Push; while we could hear everything clearly enough, music did feel a bit narrow and lacking in depth.

The sound quality is affected by the lack of support for any of the more refined Bluetooth codecs, but the Skullcandy Push does a decent job with what it has. It doesn't sound quite as refined as the Samsung and Nokia options, but does have a distinct advantage in the bass department, which will appeal to a lot of listeners.

We weren't very impressed with the Skullcandy Push truly wireless earphones when it came to performance on voice calls. People on the other end of calls often complained that they couldn't hear us clearly and that there was too much background noise, suggesting that the integrated microphones aren't very good. 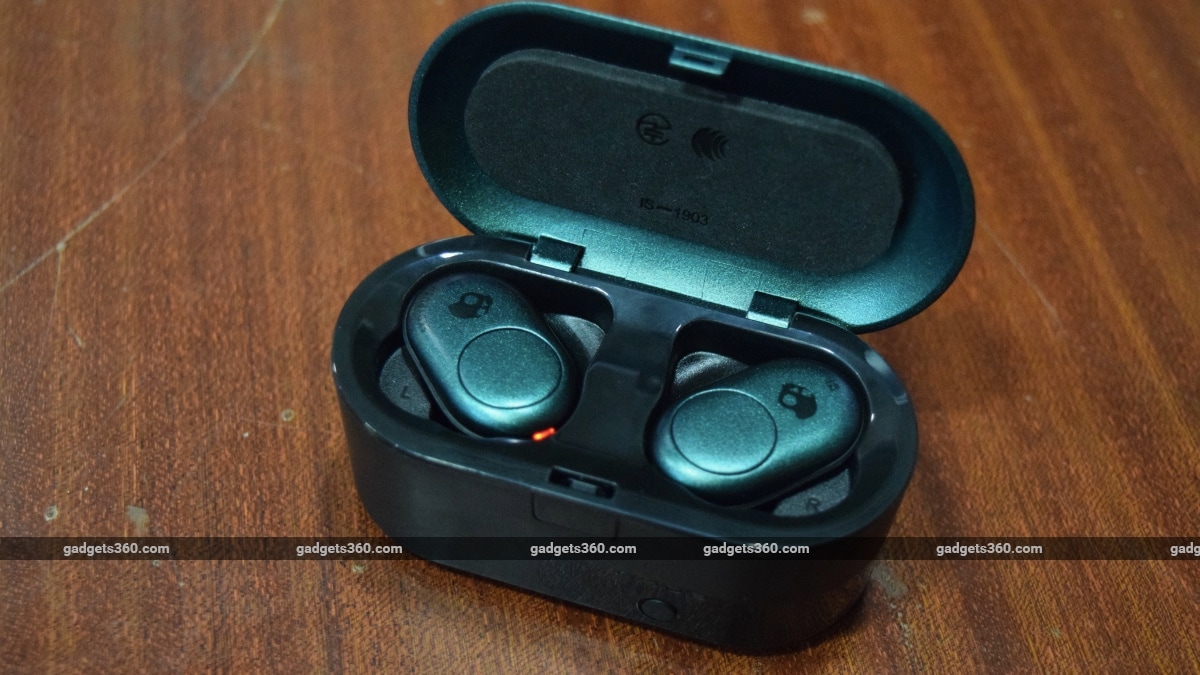 Verdict
Truly wireless is the space to be in right now, and with Apple continuing to bet on it with the second-generation AirPods, we'll see other audio manufacturers trying to grab a piece of the market. Skullcandy is a popular name in the consumer space, and its first truly wireless earphones are a good effort that stay true to Skullcandy's positioning, offering good looks and lots of bass.

The charging case is the biggest weakness here, barely keeping the earbuds in place and only offering a single additional charge. Furthermore, the lack of support for the aptX Bluetooth codec makes for a sound that lacks openness and depth. If you like your bass heavy and punchy, you'll be pleased with what the Skullcandy Push has to offer.

On the other hand, if you use a Samsung or Apple smartphone, or need better battery life and a more neutral sonic signature, options such as the new AirPods, Samsung Galaxy Buds, or Nokia True Wireless Earbuds might be better picks for you.

Further reading: Skullcandy, Skullcandy Push, truly wireless earphones
Ali Pardiwala Email Ali Ali Pardiwala writes about audio and video devices for Gadgets 360 out of Mumbai, and has covered the industry for a decade now. Ali is a Senior Reviewer for Gadgets 360, where he has regularly&ampnbspwritten about televisions, home entertainment, and mobile gaming as well. He is a firm believer in 4K and HDR on televisions, and believes that true wireless earphones are the future of the personal audio industry. Ali is available on Twitter as @AliusPardius and on email at alip@ndtv.com, so do ...More
Apple Reportedly Lobbied Against Right-to-Repair Bill
Xinjiang Surveillance App Targets Legal, Everyday Behaviour: Rights Group

product Skullcandy Push truly wireless earphones feature the company’s signature edgy and modern styling, along with the convenience of untethered listening. 3.5 out of 5 stars