AirPods on a budget, but how good are they?

Apple's AirPods are the most popular truly wireless earphones in the world for one key reason — they're designed to work nearly flawlessly with Apple products. However, they're also expensive; in India, the second-generation AirPods are priced at Rs. 14,900 onwards. That's enough money to buy a perfectly good smartphone, and that's on top of the hefty amount you've already paid for your iPhone. That's where products such as the Skullcandy Indy come in.

At Rs. 7,499, the Skullcandy Indy is half the price of the AirPods, and a little more affordable than the recently launched Rs. 9,999 Skullcandy Push. There are a lot of similarities between the Indy and the AirPods, but there are also some significant differences, which we're going to explore in our review. Read on to find out whether the Skullcandy Indy has what it takes to give the AirPods — and indeed everything else in the booming truly wireless segment — a run for their money.

Before we get into the details, it's worth pointing out that the Skullcandy Indy, just like the Apple AirPods, works with any Bluetooth device and isn't limited to Apple devices. That said, the earphones do strongly resemble the AirPods, with long stalks for the microphones which extend downwards. Other similarities are the use of plastic, and the magnets at the bottom of each unit where the charging points are, so the earphones snap into place in their charging case.

The earbuds themselves have a traditional in-canal fit, with the distinct Skullcandy logo on the outer sides. This outer parts of the earbuds are touch-sensitive, and can be used to control volume and playback — a single tap on either side adjusts the volume, a double-tap on the right plays or pauses music, and a long-press on either sides skips to the next or previous track.

The sales package of the Skullcandy Indy includes a total of three pairs of ear tips, and one pair of ‘ear gels', which we commonly refer to as wing tips.

The ear gels add a bit of padding around the earphones in order to provide a more snug fit, but in our experience they also made the sonic signature duller, which we didn't really like. We personally preferred the fit and sound of the Indy earbuds without the ear gels, but you might want the more secure fit offered by the ear gels when working out. We didn't dislike the fit of the Skullcandy Indy, but we wouldn't call it very comfortable either — the earphones were a bit too big for our ears.

The charging case of the Skullcandy Indy is, like the earphones, made of plastic. However, it is much larger than the ones that come with most other sets of truly wireless earphones, and will therefore be a bit difficult to slip into your pocket or keep in a tight space. As mentioned, the earphones snap into place in the case magnetically, but this also makes them a bit tricky to remove. Using the ear gels actually makes this a bit easier.

The case of the Indy is a big improvement over that of the Skullcandy Push; it holds the earphones in place securely, offers three additional charges for both earphones, and has a useful three-light indicator system. The lights activate on opening the case, showing you its the battery level. The only drawback with the charging case is that it has a Micro-USB port for charging, positioned at the bottom.

The Skullcandy Indy earphones ran for four hours per full charge during our review, and when combined with the three additional charges provided by the case, offered a decent total of around 16 hours of use on a complete charge.

The earphones themselves have 6mm dynamic drivers and a frequency response range of 20-20,000Hz. They use Bluetooth 5 and support the SBC and AAC Bluetooth codecs — the latter comes in handy when using the Skullcandy Indy with iOS and some Android devices. 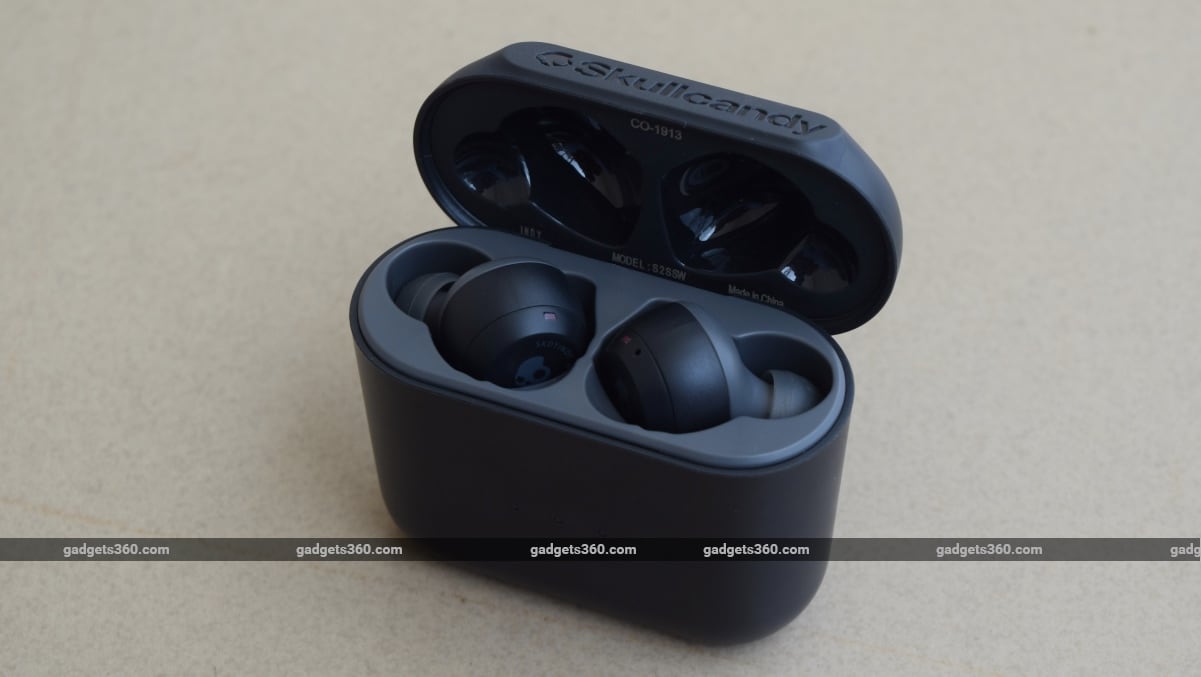 When it comes to sound quality, the Skullcandy Indy isn't quite on par with the Apple AirPods or Samsung Galaxy Buds, but is a fair bit more affordable. While we were initially impressed with sound quality, the sonic signature eventually started feeling too shrill to us — these earphones put out unnaturally strong highs, which led to some fatigue over longer listening sessions.

The Skullcandy Indy does also slightly elevate responses in the low end, but the spike in the highs is a lot sharper and more distinct. This also applies to the upper-mid range, which led to a bit of shrillness even in vocals, particularly higher-pitched female vocals. Calvin Harris' Slide was a bit too piercing for us at high volumes, particularly at the beginning with the high-pitched auto-tuned vocals. As the song progressed, the sound became a bit more tolerable, but the beats still felt too shrill to us.

Moving on to Feels Like Summer by Childish Gambino, we tried to tune out the harshness in the upper-end of the frequency range, and focus on the lows. There is a fair amount of quality in the lows — bass frequencies are punchy to an extent, but the aggression can only be felt as long as they aren't accompanied by any sound in the upper-mid range or highs. Simply put, the treble frequencies tended to overpower the bass easily, and this was something we felt across tracks in popular genres.

The Skullcandy Indy does give the impression of superior clarity because of the sharpness in the sound, and indeed this also makes for a decent soundstage for truly wireless earphones. We were able to hear gentler aspects of the tracks we listened to, and they had a distinct sense of direction, which was enjoyable with some genres and tracks. We quite enjoyed the somewhat offbeat Forces… Darling by Koop for this reason; it's a busy, playful track that sounded clean and detailed on the Skullcandy Indy earphones.

Although the Skullcandy Indy falls a bit short on sound quality with music, it does to an extent make up for this with dialogue and call quality. Voices and most sound effects were decent when we watched TV shows on Netflix and Amazon Prime Video using the Indy for audio, and we were also pleased with voice quality — both heard and spoken — on calls with these earphones. 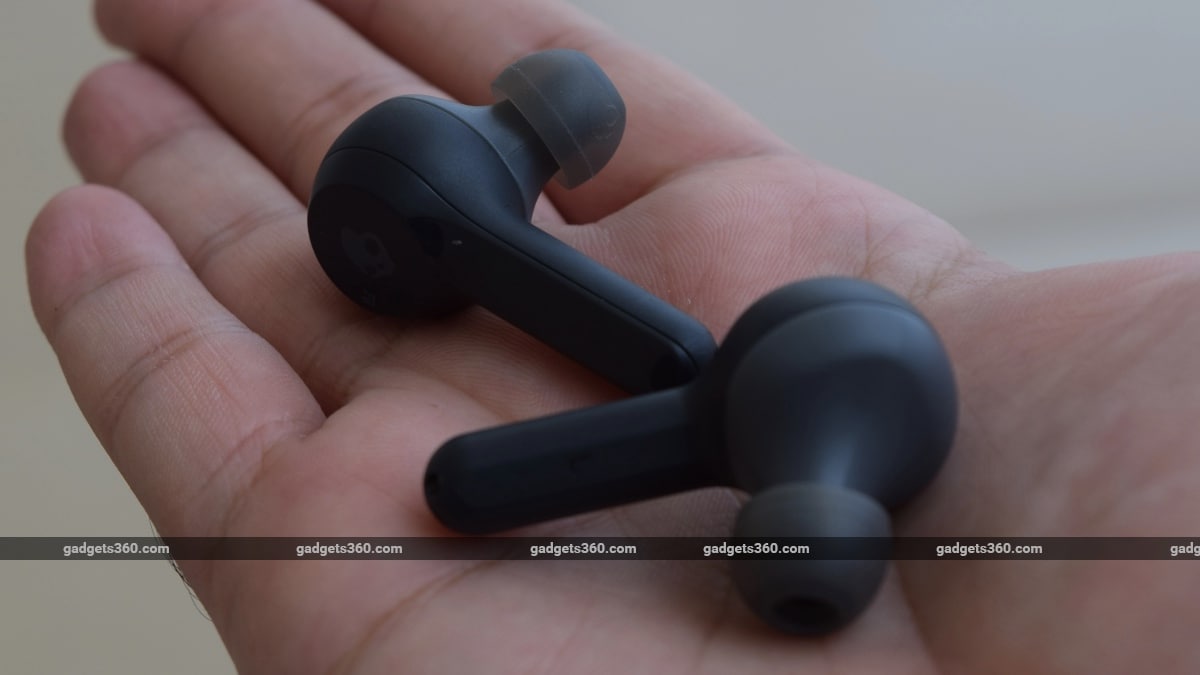 The Skullcandy Indy might come across as a promising alternative to the Apple AirPods at first glance, but doesn't quite live up to the mark in practice. The sound has some good qualities, but isn't quite as comfortable and pleasing as we'd have liked. The company's second offering in the truly wireless segment after the Skullcandy Push is an improvement in many ways, but doesn't quite do enough to earn an easy recommendation.

product Skullcandy Indy is priced at Rs. 7,499 and brings a lot of style to the truly wireless audio segment, but how do these earphones sound? We review to find out. 3.5 out of 5 stars