The Galaxy Buds+ work best if you have a modern Samsung smartphone.

The Samsung Galaxy Buds+ have a compact charging case

Samsung has been in the true wireless segment for some time now, but took a big step towards mainstream popularity with last year's Galaxy Buds. Priced at Rs. 9,990 at launch, the Galaxy Buds took on the Apple AirPods, but fell short when paired with all but modern Samsung smartphones. Massive discounts when buying the Galaxy Buds along with a high-end Samsung smartphone may have driven sales a bit, but the product didn't make a huge impact on the segment.

Skip to a year later, and we've got the Samsung Galaxy Buds+. The new earphones were revealed alongside the Galaxy S20 series of smartphones, and will be priced at Rs. 13,990 in India (down to Rs. 11,990 for pre-orders). If you're buying a pair along with a new Galaxy S20 series smartphone, you can get it for as little as Rs. 1,999.

The new true wireless earphones have a bit more than the original Galaxy Buds when it comes to features, and promise better performance and battery life as well. Is the Galaxy Buds+ a capable successor to last year's Galaxy Buds? Find out in our review. 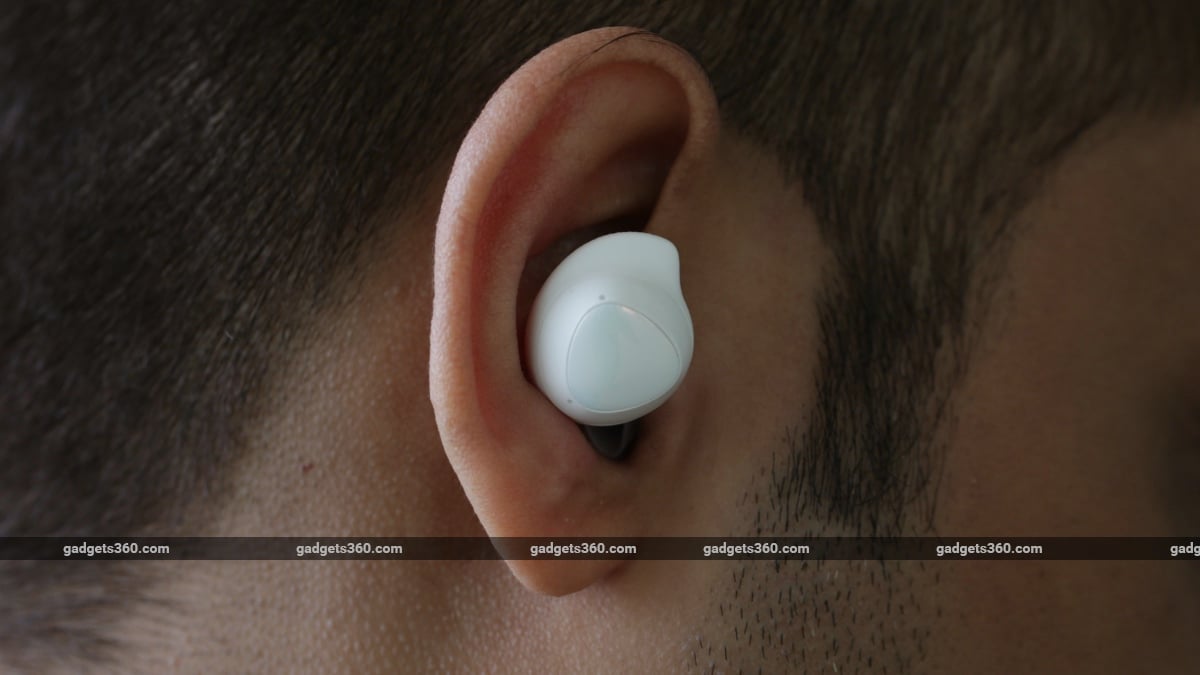 The Galaxy Buds+ looks a lot like its predecessor

We were rather happy with the design of the Samsung Galaxy Buds, so it's a good thing that Samsung hasn't changed much in this department. The Galaxy Buds+ retain the design and comfort that we loved about the original Buds, and come with three pairs of wings and silicone ear tips each. This helped us get a secure and comfortable fit, which made for a decent level of passive noise isolation. If you don't like the fit of the wings, there is also one pair of plain rubber rings that can be used in their place.

The Galaxy Buds+ is available in black, white, and blue. The earphones and charging case look just a bit different, with a glossy finish on both instead of the matte finish we saw on the original Galaxy Buds and its charging case. This, in our opinion, has made the earphones look a bit better. The charging case is in all other ways the same as before, with an indicator light at the front and USB Type-C port for charging at the back. The case can also be charged wirelessly through reverse charging on a smartphone that supports this, or using a Qi wireless charger.

The touch controls on the Samsung Galaxy Buds+ are intuitive and easy to use for the functions supported. You can control playback, skip to the next or previous track, and have a choice of what a long-press gesture will do. You can use this to control volume, which makes the Galaxy Buds+ among the few high-end true wireless earphones that support volume adjustment on the earphones themselves.

There are big changes in the drivers and microphones of the Galaxy Buds+; these earphones feature a dual dynamic driver system, with a woofer and tweeter on each side to cover the frequency range. You also get a total of three microphones on each earbud - two outer ones and one inner one - which are said to improve performance on voice calls. The sound has been tuned by AKG (a subsidiary of Samsung)..

Battery life on the Samsung Galaxy Buds+ sees a big boost, with a larger 85mAh battery in each of the earbuds, and a slightly bigger 270mAh battery in the charging case. The earbuds are claimed to offer an impressive 11 hours per charge, with the case giving them a single additional charge. We were able to match these numbers in our testing; while we're impressed with the single-charge figure of 11 hours, the overall battery life doesn't set the Galaxy Buds+ apart from most of the competition in this price segment.

The app has a lot of useful features that we saw with the Galaxy Buds, such as the equaliser, custom touch controls, the ‘Find My Earbuds' tool to locate the earphones when in range, and voice readouts of notifications. One big change though is the ability to see the charge level of the case through the app, which we appreciated.

The charging case can be charged  wirelessly

You can also turn on the ambient sound mode, adjust the intensity of ambient sounds that are then passed through to your ears, and set it up for voice calls so you can hear your own voice properly. This was a bit unnerving at first, but we quickly got used to it. We did note that in this use-case, the Galaxy Buds+ only let our own voice in, while maintaining decent isolation from all other sounds.

As mentioned earlier, the touch-and-hold gesture on the Samsung Galaxy Buds+ can be customised through the app. You can have it control volume (which sets it up for both earbuds) or set specific functions for each side such as controlling the ambient sound mode, using your phone's voice assistant, or quickly launching Spotify even while the phone is locked. We quite liked the Spotify integration, since it quickly started playing music from the streaming service without any need for additional input.

Although the design, specifications, and most features see only small changes, the Samsung Galaxy Buds+ has been improved significantly when it comes to performance. The new dual dynamic driver system makes for better sound quality, while the triple-microphone system improves performance on voice calls. While performance was best when used with a Samsung smartphone, the Galaxy Buds+ also sounded good on non-Samsung devices - a big improvement over the original Galaxy Buds.

We used the Samsung Galaxy Buds+ with a Samsung Galaxy S9 (Review) for much of the review to make use of the Scalable Bluetooth codec. However, we also tested it with a OnePlus 7T Pro (Review) and an iPad mini (2019) to see how flexible these earphones can be.

As expected, sound quality was best when the Galaxy Buds+ was paired with the Samsung smartphone. The Scalable Bluetooth codec is on par with aptX and LDAC in our opinion, held back only by the fact that it's only available on Samsung devices. Whether we were listening to high-resolution audio tracks or streaming music with Spotify or YouTube Music, the Samsung Galaxy Buds+ sounded excellent.

Listening to a high-resolution version of Gotye's State Of The Art, the sound was detailed, with a luxurious soundstage and precise imaging. Elements across the frequency range sounded great, with the bass in particular coming across as tight and crisp without imposing on the rest of the track. The heavily auto-tuned vocals in the track were distinctly separated where necessary, with a purposeful sense of direction to them.

Moving on to Spotify, we listened to People Always Talk About The Weather by Yonderboi. Interestingly, the level of detail on offer with the Galaxy Buds+ helped us discover a small element in the track we hadn't noticed before, and some of the background weather elements - thunder effects signifying a coming storm - were distinct and sharp. The highs were as clean as the lows and mids, and we also liked how the equaliser in the app was able to modify the sound signature effectively on the fly.

Last year's Samsung Galaxy Buds also sounded great when using the Scalable codec, but performance with non-Samsung devices wasn't quite up to the mark. The Galaxy Buds+ don't support the aptX or LDAC Bluetooth codecs, but do make up for this with better driver design and tuning. We found sound quality with non-Samsung devices to be much better than before as a result, and nearly as good when using the AAC codec as with Scalable. 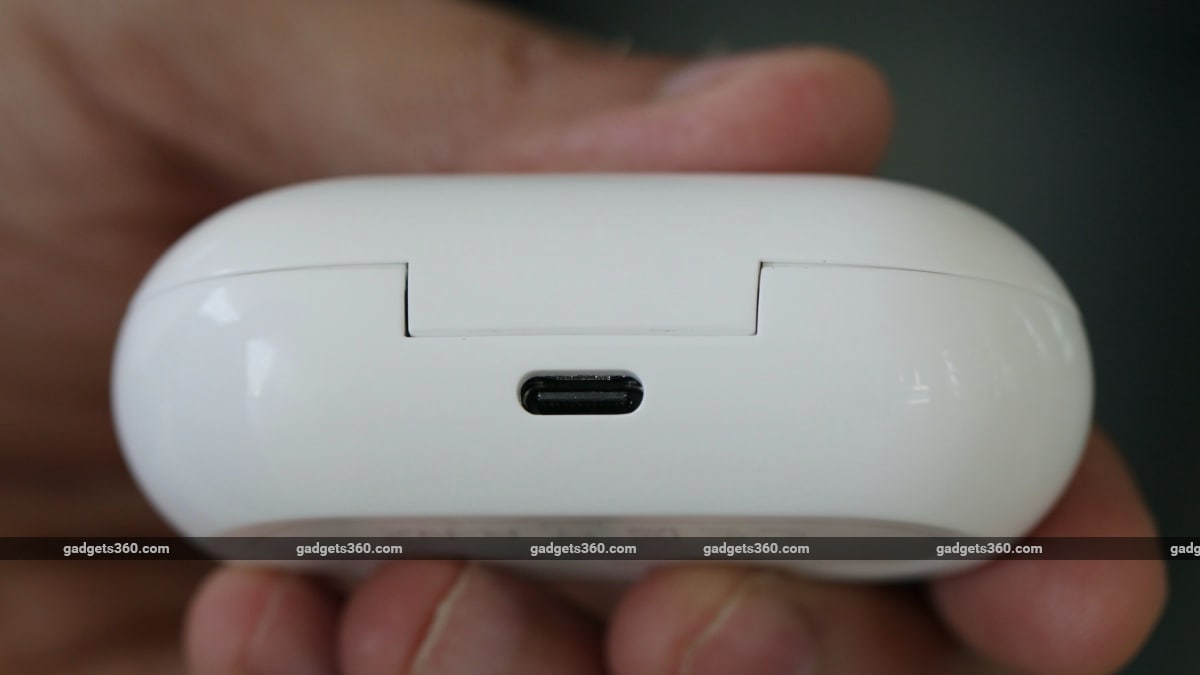 Listening to How Do You Sleep by Sam Smith, we heard the same level of capability when it came to handling frequencies across the listening range, that is to say the bass was tight, vocals were crisp, and highs were clean. The level of detail wasn't quite as impressive when using the AAC codec, and this is the only department where we felt pairing the earphones with a Samsung smartphone made a noticeable difference. Support for the aptX Bluetooth codec would likely have made a difference here, but we weren't the slightest bit disappointed with the quality of the sound from the Samsung Galaxy Buds+.

We found the Galaxy Buds to be good for voice calls when we reviewed it last year, and Samsung has kept things in shape with the Galaxy Buds+ as well. There's now an additional microphone on each earbud which is said to improve performance on calls as well as the ambient mode. We found performance on calls to be excellent, with clear sound and no complaints of poor voice transmission on the other side. The ambient mode also works as expected, but didn't sound as natural and life-like as on the more expensive Apple AirPods Pro.

The Samsung Galaxy Buds+ are the best ever true wireless earphones to come out of the Korean brand. Apart from top-notch performance when paired with a Samsung smartphone, the Galaxy Buds+ gain some much-needed competence even when used with a non-Samsung smartphone or tablet, making this a much more flexible and capable product than its predecessor.

However, while the Galaxy Buds+ offers a lot for the price, the lack of stand-out features such as active noise cancellation hold it back, and this isn't the best pair of true wireless earphones that you can buy right now with a more generous budget.

Further reading: True wireless earphones, Samsung, Samsung Galaxy Buds Plus, Bluetooth
Ali Pardiwala Email Ali Ali Pardiwala writes about audio and video devices for Gadgets 360 out of Mumbai, and has covered the industry for a decade now. Ali is a Senior Reviewer for Gadgets 360, where he has regularly written about televisions, home entertainment, and mobile gaming as well. He is a firm believer in 4K and HDR on televisions, and believes that true wireless earphones are the future of the personal audio industry. Ali is available on Twitter as @AliusPardius and on email at alip@ndtv.com, so do send in ...More
Apple, Samsung, Huawei, Others Accused of Using Forced Chinese Labour
Coronavirus Set to Derail Indian Mobile Industry by Mid-March

product Samsung’s latest true wireless earphones are priced at Rs. 13,990 in India, and promise better sound quality and battery life. How do these earphones perform? Find out in our review. 4 out of 5 stars