The RHA TrueConnect are well designed and extremely comfortable

Although not the first truly wireless earbuds to make it to market, Apple's AirPods made the product category as popular as it is today. After the AirPods' success, a number of big brands have entered the space and made an impact as well. There's no denying the convenience of earphones entirely devoid of wires, and manufacturers are embracing the concept.

Audio brands such as Bose, Jabra, Sennheiser, and Sony have launched truly wireless earphones in the past couple of years. Samsung's Galaxy Buds and Nokia's True Wireless Earbuds are recent more affordable entrants in the space, offering more Android-friendly options to the AirPods.

However, apart from Sennheiser which recently launched the Momentum True Wireless earphones, we haven't seen any traditional 'audiophile' brands take the segment seriously. The RHA TrueConnect, which is the Scottish headphone maker RHA's first truly wireless product, aims to change that. We've spent some time with these truly wireless earphones to see if this specialist manufacturer can make a mark in this segment, and here's our review. 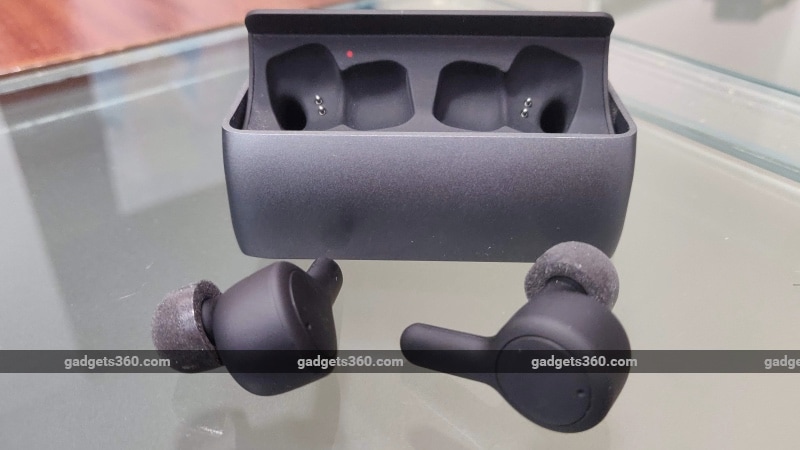 A lot of brands in the audio and headphone space tend to have their own distinct design languages, and RHA's is among the more appealing we've seen. Although the RHA TrueConnect isn't entirely like the rest of the company's offerings, it does have the same character and feel.

A big difference is in the materials used; the RHA TrueConnect is all plastic, unlike the metal casings of the rest of this company's earphones. This keeps the earbuds light and comfortable, despite their large size. Furthermore, the buds are IPX5 rated for water resistance, and will be able to handle small splashes and sweat when used during active sessions.

When you're getting a call on your paired smartphone, a single-tap will answer it and a double-tap will reject it. It does take some getting used to these controls, but we eventually found ourselves comfortable with them. There is also a small indicator light on each earbud which glows when they are charging.

As with most truly wireless earphones available today, the RHA TrueConnect earbuds are charged using a dedicated charging case. Of all the models we've used, the TrueConnect's case is by far the nicest. It has a swivelling lid and the tactile feel when opening and closing it is excellent. The lid is metal, while the body is plastic with the same matte black colour and finish as the earbuds.

The buds themselves fit into perfectly shaped moulds, coming on when removed from the case and turning themselves off when inserted. The bottom of the case has a USB Type-C port for charging, while one side has an RHA logo and three LEDs indicating the charge level of the case. These illuminate for a few seconds when the case is opened and closed to show you the charge level.

The RHA TrueConnect sales package includes a total of ten pairs of eartips for the buds, three of which are Comply foam tips. We found these to be the most comfortable, offering the best noise isolation. The low weight of the RHA TrueConnect earbuds made it easy to use them for hours at a stretch. You also get a USB Type-C cable to charge the case with, and a few instruction manuals.

When it comes to specifications, the RHA TrueConnect earphones have a frequency response range of 20-20,000Hz, with 6mm dynamic drivers. They support the SBC codec, but disappointingly, there's no AAC or aptX support here. 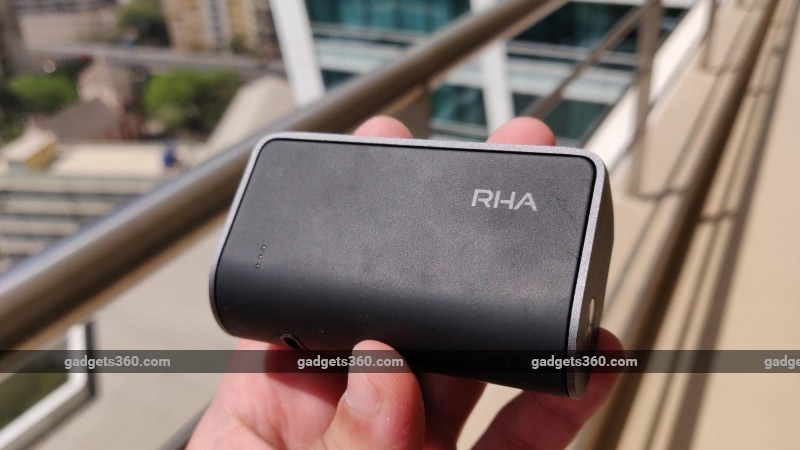 A great feature of the case is that it supports fast charging of the earbuds, and can charge them up to 50 percent in about 15 minutes. A full charge of the earbuds took us about 1 hour and 45 minutes. The case takes a little under three hours to charge fully. In a product category that still largely uses Micro-USB ports for charging, the RHA TrueConnect's use of USB Type-C is a refreshing change.

The TrueConnect earbuds ran for around 4 hours and 30 minutes on average on a full charge with mixed usage, with us listening to music as well as taking phone calls with our paired smartphone. The charging case was able to charge the earbuds four times on a single charge, giving a total of about 18 to 19 hours of extra runtime.

We tested the RHA TrueConnect with a OnePlus 6T (Review) as the source device, using it as our primary headset for a few days. This included listening to music on Spotify and Apple Music, as well as playing our own downloaded tracks. We also watched videos, played mobile games, and took hands-free calls.

RHA earphones are known for their neutral sonic signature and tuning that unabashedly moves away from the boosted bass and treble  that many other brands adhere to. We were big fans of the RHA T10i for this reason, and we're a bit disappointed that the RHA TrueConnect doesn't live up to the same standard. The sound of the TrueConnect is, for lack of a better word, typical. While it isn't as blatantly bass-heavy as the Samsung Galaxy Buds, the RHA TrueConnect isn't quite what we were expecting. 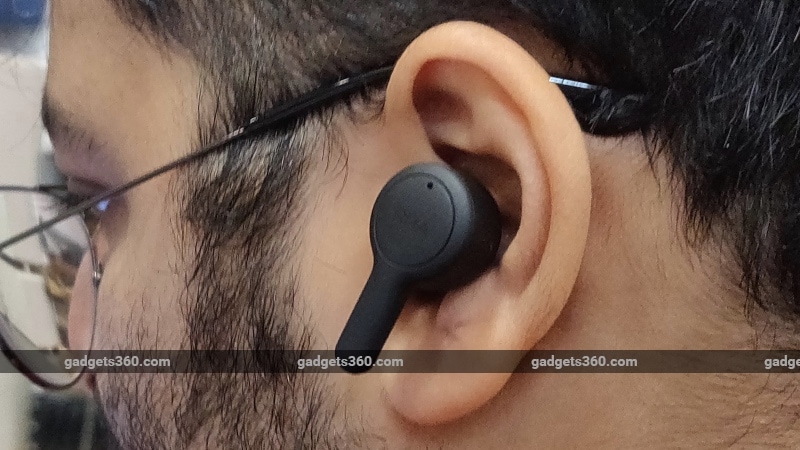 The sound is predictably held back by the lack of aptX, and our smartphone was limited to the SBC codec. Because of this, there was very little to differentiate between a good compressed audio track —such as ‘very high' quality streams on Spotify — and a decent high-resolution uncompressed FLAC track. There was a bit of  audible distortion at the high end when listening to compressed tracks at high volume, and also a low end that came across as a bit too raw.

The TrueConnect lacked the tightness and drive that we've heard from similar products such the Bose SoundSport Free. However, the RHA TrueConnect headset did to an extent redeem itself with its excellent mid range, and able handling of gentler tracks.

Listening to Let's Elope by Koop brought out the best in the TrueConnect, including the timbre and quality of the lead singer's soothing jazzy vocals. Even the saxophone bits held their own, while soft and easy-going lows sounded beautiful and reminiscent of the RHA sound we're used to. The gentle beats in the track also demonstrated that the RHA TrueConnect is capable of excellent separation and clean sound reproduction.

The RHA TrueConnect is touted to offer great call quality, and indeed the sound is decent on voice calls. The two microphones did a decent job in capturing our voice and cancelling out some background noise, making for easy calls with good audio quality on both ends. 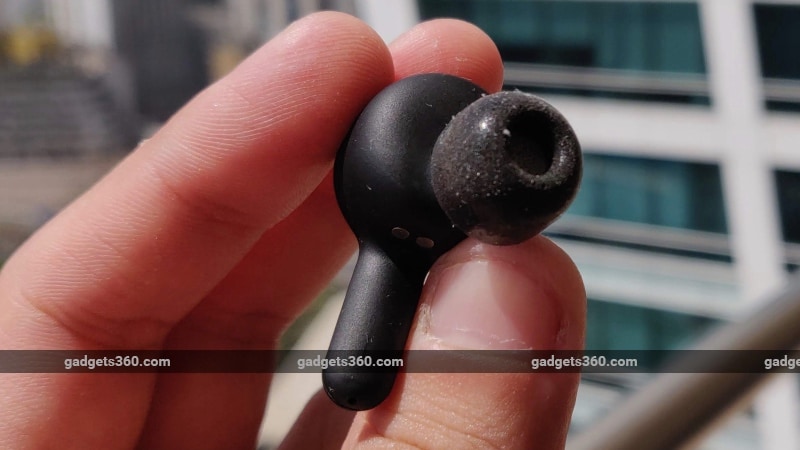 Verdict
The RHA TrueConnect is held back by the shortcomings of wireless connectivity, but it also lacks aptX and has a sonic signature that we would term as ‘confused'. This pair of truly wireless earphones tries to adhere to RHA's classic sonic character while adding a bit of excitement for popular genres, but doesn't quite get either right. That said, there is something positive to be said about its openness and ability to handle softer genres that don't rely on bass, which has always been a strength for RHA earphones.

This is a new approach for the Scottish earphone specialist, and as with many first attempts, it is far from perfect. Although there's a lot going for the headset when it comes to design, comfort, the excellent charging case, and call quality, this product isn't quite up to the mark when it comes to sound quality at this price. There's something missing across the frequency range, with raw-sounding bass largely muddying the experience.

At Rs. 14,999, the RHA TrueConnect is also quite expensive, and better options exist at lower prices. While purists and audiophiles might be inclined to go for this truly wireless option because of the RHA brand, options such as the Jabra Elite 65t and Apple AirPods will probably give you a better overall experience. And if you're willing to spend a (fair) bit more, the Sennheiser Momentum True Wireless earphones offer a much better experience when it comes to sound quality.

Further reading: RHA, RHA TrueConnect, truly wireless earphones
Ali Pardiwala Email Ali Ali Pardiwala writes about audio and video devices for Gadgets 360 out of Mumbai, and has covered the industry for a decade now. Ali is a Senior Reviewer for Gadgets 360, where he has regularly&ampnbspwritten about televisions, home entertainment, and mobile gaming as well. He is a firm believer in 4K and HDR on televisions, and believes that true wireless earphones are the future of the personal audio industry. Ali is available on Twitter as @AliusPardius and on email at alip@ndtv.com, so do ...More
Redmi Go to Go on Sale in India Today via Flipkart, Mi.com, Mi Home Stores
Apple News+: Newspapers Largely Shun Apple's News Subscription Service