If you travel a lot, a pair of active noise-cancelling (ANC) headphones can be one of the most useful things to carry with you. Typically, this is a category that has been dominated by Bose, though of late, others including Sony and Sennheiser have also been making a solid effort. JBL sells a number of ANC headphones, including its Everest Elite family.

Today, we're reviewing the JBL Everest Elite 700 Platinum - a limited edition version of the JBL Everest Elite 700 NXTGen, in a platinum body instead of the normal black or white options. The headphones are otherwise the same, and although the Platinum edition is not widely available in India, the NXTGen (Black) is being sold here at Rs. 22,450. These headphones are around-ears, with a somewhat thick and heavy look, but have quite an appealing style. Looking at photos of the other colour options, we feel that the Platinum is the best looking of the three.

They connect to your phone using Bluetooth 4.0, and this means that even if you've bought an iPhone 7 or iPhone 7 Plus, and thus don't have a 3.5mm jack, you can still use these headphones without having to use a dongle.

So how do these headphones fare when put to the test, and do they measure up to the big names in the noise-cancelling space? Read our review of the JBL Everest Elite 700 Platinum to find out.

As stated, this is a chubby-looking headset with curves everywhere. The backs of the ear cups have a slightly oversized, protuberant look, with big JBL logos on them. 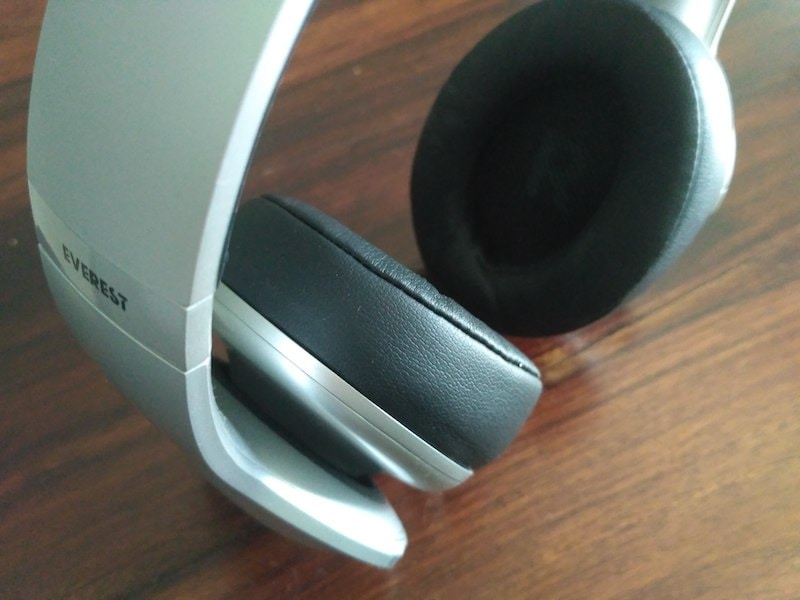 The sides of the JBL Everest Elite 700 can be slid up and down a metal band to adjust the fit, and the cups themselves are flexible which helps with comfort. When the headphones are not in use, the cups can be folded inwards so they don't take up too much space in your bag.

On the right ear, you've got a 3.5mm input jack and a Micro-USB port to charge the headphones with. There's also a power button, and below that, the ambient awareness button. On the left, you have volume up and down controls. Reaching these buttons is a little awkward, and you can end up pressing the wrong one by mistake pretty easily.

The padding on the cups is really soft, and overall, we found the JBL Everest Elite 700 to be pretty comfortable to wear. It does feel a little heavy if you're wearing it for a long period of time, and in addition to that, the cups themselves are a little smaller than those of the Bose QC25. Although we have no complaints about comfort when wearing these headphones, they do fall a little short compared to the competition.

The Everest Elite 700 has 40mm drivers, with a frequency response range of 10Hz to 22,000Hz. JBL promises 15 hours of battery life when playing music using ANC. In a battery test, we got around 14 hours, 30 minutes before the battery emptied. After that, we charged the battery up again and used the headset intermittently – wired as well as over Bluetooth – and the battery held out for 10 days with usage averaging an hour and a half each day. The headphones automatically power down when not used for 10 minutes, which obviously helps save battery life, but can be a little inconvenient.

Before getting to general audio performance, let's talk about the JBL Everest Elite 700's noise cancellation capabilities. The headphones do reasonably well, cutting out the noise of an air purifier and ceiling fan right away. While typing, we couldn't hear the clacking of keys at all, which is a win. However, when ANC is on but there's no music playing, you will hear a slight hiss - this isn't uncommon, but it's something that top-end noise cancelling headphones manage to avoid. We tested the JBL model side by side with a Bose QC25, which was simply better. The resulting sound was cleaner, and the Bose was able to mute things a lot more effectively.

While the Everest Elite 700 might not be at the front of the pack in terms of noise cancellation, it sounded much better to us when listening to music without ANC. To test the audio output we turned off ANC and wired the headphones to a CD player and also our smartphone. We found the sound to be pretty satisfying, particularly if you like bass-fronted music.

We listened to Kanye West and Jay Z's Otis and Kanye's Monster before switching to Nirvana's Heart Shaped Box and then moving on to The Beatles' Yellow Submarine and Guns and Ships from the Hamilton OST.

What we heard was a warm sound with a strong focus on the bass. There was an almost brassy quality to the audio, with good extension in the low end. At the same time, especially while listening to the Hamilton soundtrack, we enjoyed the clear, full-bodied vocals. At the very top end, the JBL Everest Elite 700 Platinum headphones lose a little punch, and feel a little lacking in character. That's not a bad thing per se; just the sound signature that the company has gone for. 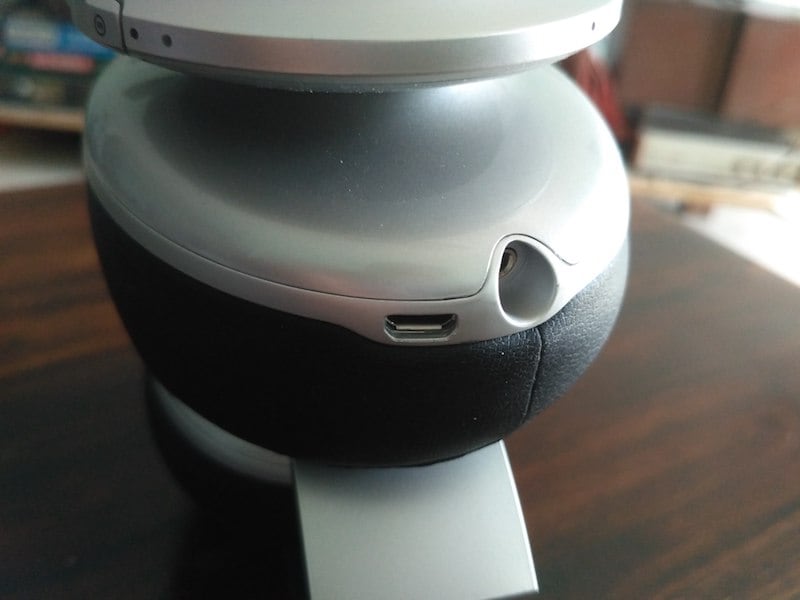 Imaging is definitely good, and you can easily discern the different instruments that you're listening to. The soundstage is acceptably wide, and if you're listening to the right tracks you can really feel yourself being surrounded by music.

One word of caution - listening to music while the ANC is active tends to flatten everything out. You still get a nice amount of bass, but you lose significant volume and shrink the soundstage dramatically. Audio doesn't sound anywhere near as good as it does when you simply switch off the ANC and connect the headphones to your source using the detachable 3.5mm cable.

Using the JBL Everest Elite 700 Platinum for calls wasn't a problem, and the built in mic works just fine. No one we spoke to complained about having any trouble hearing us, and they sounded clear too.

JBL offers a free app that you can download via Google Play or iTunes to customise the sound of your headset. You can have ear-specific awareness levels, turn noise canceling off or on, and also adjust the equaliser. There's also a TruNote custom equalisation setting which uses internal mics to calibrate audio output. The results are interesting, but you might want to play around with it to see if you like it. Personally, we ended up keeping TruNote off. The equaliser on the other hand worked well, and we found the manual control more useful than just having presets.

The EQ works only when the Everest Elite 700 is paired with the device running the app. When you connect over Bluetooth, your chosen profile is automatically applied. However, if you use the headphones with another device, say your CD player, you'll get only the normal sound profile. The EQ and other settings are only active when connected wirelessly to that one device. The app won't even go beyond the loading screen unless it detects the headphones. 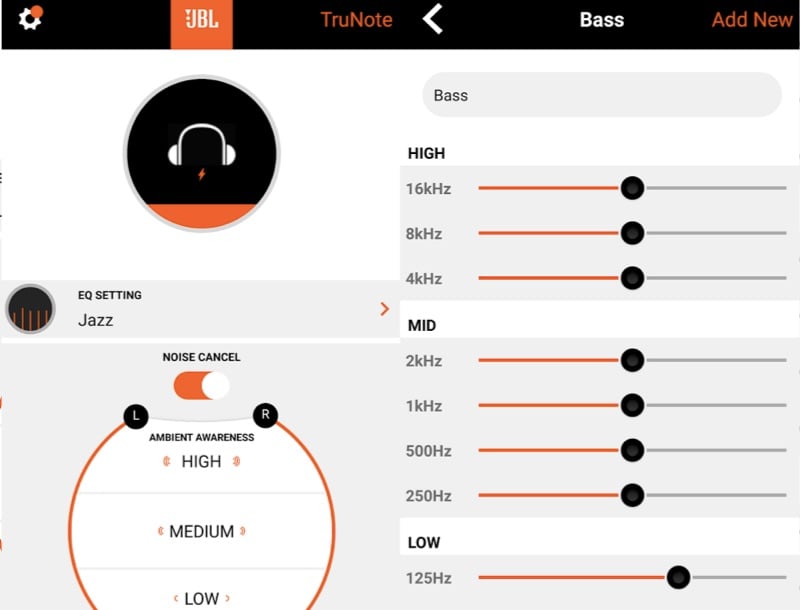 Verdict
Overall, the JBL Everest Elite 700 Platinum which we reviewed sounds good, with reasonably effective ANC. If that lines up with your priorities, then we think you could well enjoy these headphones. However, if performance with ANC is more important to you than regular usage, there are other headphones such as the tried and true [Bose QC35] (https://gadgets.ndtv.com/tv/reviews/bose-quietcomfort-35-review-1450103) which might be a better fit for you, though at a higher price.

According to JBL, the more easily available Everest Elite 700 NXTGEn is identical in every way other than its colour. That said, pay attention to the price when you're shopping - the listed MRP is more than Rs. 10,000 higher than the current selling price. Given how things fluctuate online, the value proposition could change completely. The current selling price feels like good value for money, so make sure you don't overpay.

Further reading: JBL, JBL Everest Elite 700, JBL headphones, Active noise cancellation, Noise cancelling headphones, ANC
Gopal Sathe Email Gopal Gopal Sathe is the Editor of Gadgets 360. He has covered technology for 15 years. He has written about data use and privacy, and its use in politics. He has also written extensively about the latest devices, video games, and startups in India. Write to gopal@ndtv.com or get in touch on Twitter through his handle @gopalsathe with tips. More
Moto G5 Specifications Leaked; Snapdragon 430 SoC, 13-Megapixel Camera Tipped
H-1B Visa Reform Bill Tabled in the US, Minimum Salary Could More Than Double Under Donald Trump

product Can JBL’s top-of-the-line noise-cancelling headset, the Everest Elite 700, give the Bose QuietComfort 35 a run for its money? 4 out of 5 stars