Zagg-owned iFrogz isn't too well-established in India, but hopes to make a mark with its range of affordable audio accessories. We reviewed the iFrogz Carbide Headphones, which we liked for its good looks, decent build quality, and comfortable fit. Today, we're reviewing the Rs. 849 iFrogz Tadpole Active, which will hope to win over buyers with its nifty design and affordable pricing.

Small and pocketable, the Tadpole Active has a novel approach to the way most Bluetooth speakers are designed. Meant to be used on-the-go, the speaker seems like a great audio accessory to own, but how does it perform? Find out in our review.

Design and specifications
The most striking feature of the iFrogz Tadpole Active is its design. Small enough to fit in the palm of your hand, the speaker features a small single speaker driver, one button on the left to control power and to play/ pause/ answer calls, an LED indicator, a Micro-USB port for charging and a microphone. There's also a carabiner clip included for you to securely attach the speaker to your bag or belt loop. However, finishing and build is a bit poor, which is not surprising at this price. 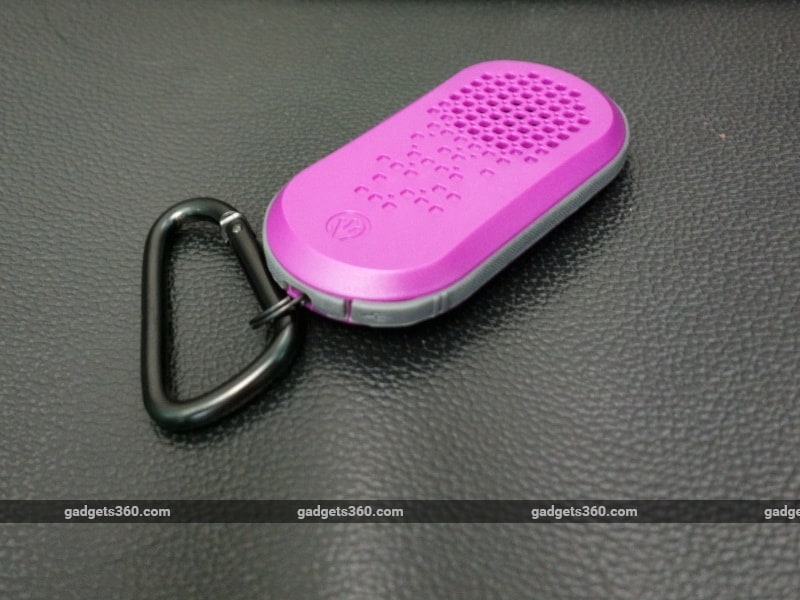 The speaker is powered by a 400mAh battery which keeps it running for about three hours on a full charge. The Tadpole Active is also water and dust resistant, with a rubberised bumper around the sides for additional protection. It's decent for use as a hands-free device, but doesn't get very loud so can only be used in relatively quiet environments. There's no 3.5mm socket for wired connectivity, and you can only use Bluetooth for transmission of audio to the speaker.

Performance
We used the iFrogz Tadpole Active with our OnePlus 3 (Review), connected exclusively over Bluetooth because of the speaker's lack of any other connectivity options. Focus tracks for the review were Miaoux Miaoux's Stop The Clocks and Urban Cone's Deja Vu.

Starting with Stop The Clocks, we were treated to a sound that was fairly loud for such a small speaker. Unfortunately, it was also excessively sparkly and far too biased towards the highs, resulting in a sonic signature that is a bit too piercing with its high-end. Turning the volume down to about 50 percent improves the sound, but because of the small size of the speaker, you're also making it a bit too soft, even for personal listening. The vocals in the track were as clean as you can expect at this price, but the overpowering highs made for an experience that didn't quite work all the time. 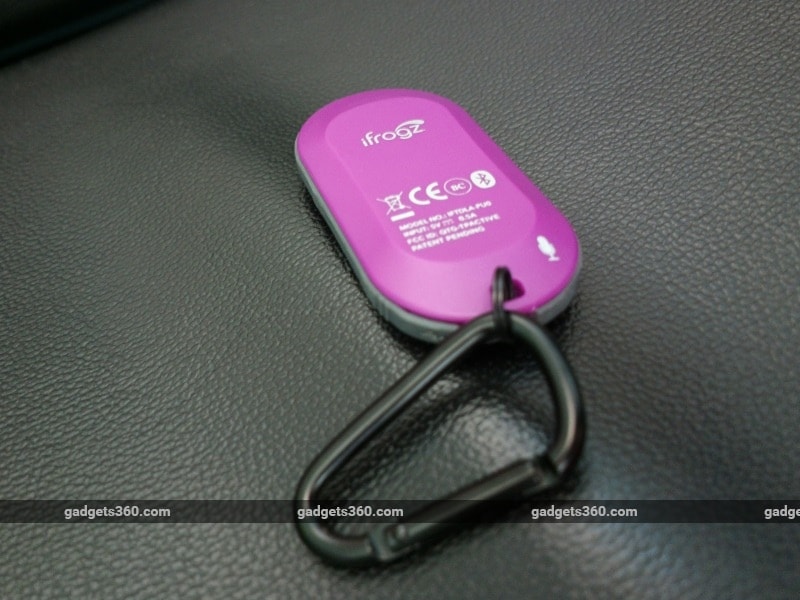 Moving on to Deja Vu, we found the bass to be a bit weak, primarily because the drivers are tuned for a boost in the treble. The low end can be heard, but it's plainly overpowered by the rest of the frequency range. There isn't a lot of definition to speak of, neither is there a fantastic sound stage. However, considering the size and price of the Tadpole Active, you receive performance that is about right for the money you pay. The convenience of the size and shape makes up for the weaknesses in performance.

We also used the iFrogz Tadpole Active as a hands-free device for calls, and it performs surprisingly well in this regard. Voices are clear and loud provided the speaker is kept relatively close to you, while the microphone does a decent job of picking out your voice for the person on the other end. The speaker can be used brilliantly when clipped in the right place, such as on car keys, a bag or a belt-clip. 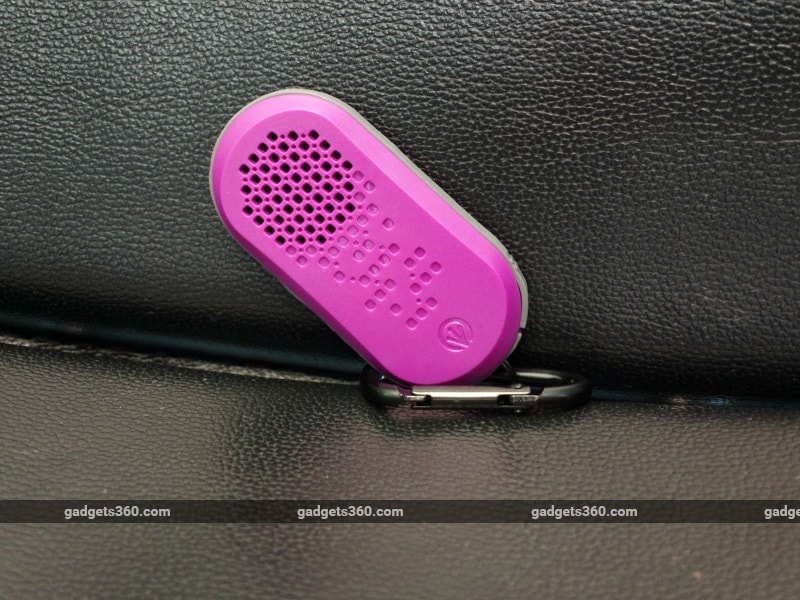 Verdict
The iFrogz Tadpole Active may not be the best performer when it comes to its ability to play back music from a paired device, but this speaker is better defined by its convenient shape and size, as well as its low price. It works well as a hands-free device, and can serve you for the occasional soft listening session. Although battery life is a bit weak, the convenience of such a device is hard to argue with.

If you're looking for better performance with audio, we would suggest that you spend a bit more and go for options such as the Portronics Posh that offer much more bang for your buck. However, if the size, shape and functionality appeals to you, the iFrogz Tadpole Active is worth a shot.

Further reading: iFrogz, Tadpole Active, Bluetooth, Speaker, Audio, iFrogz Tadpole Active Review, iFrogz Tadpole Active Price, iFrogz Tadpole Active Price in India
Ali Pardiwala Email Ali Ali Pardiwala writes about audio and video devices for Gadgets 360 out of Mumbai, and has covered the industry for a decade now. Ali is a Senior Reviewer for Gadgets 360, where he has regularly written about televisions, home entertainment, and mobile gaming as well. He is a firm believer in 4K and HDR on televisions, and believes that true wireless earphones are the future of the personal audio industry. Ali is available on Twitter as @AliusPardius and on email at alip@ndtv.com, so do send in ...More
iPhone 7 May Face Supply Shortage at Launch: Report
Moto Z Play Leaked in Images Again; Specifications Tipped on Benchmark Site

product The iFrogz Tadpole Active is small enough to clip onto your bag or belt and take with you wherever you go. 3.5 out of 5 stars