Indian audio manufacturer Evidson is back with a new budget offering called the AudioWear Z4. Known for affordable audio solutions such as the AudioWear R5, which we reviewed last year, Evidson is now trying to go a bit more upscale earphones in terms of pricing.

The company is positioning the AudioWear Z4 as an all-rounder that can deliver a balanced sonic signature without special emphasis on any particular frequency range. Let's see how these Rs.1,799 earphones perform.

Evidson AudioWear Z4 design and features
The AudioWear Z4 is packaged well and ships with three sets of silicone ear tips and a single pair of foam tips. We found the latter pretty uncomfortable to wear as the foam doesn't compress enough to fit snugly inside your ear canal. The enclosures for the drivers are built out of metal alloy. A ribbed design gives them some aesthetic appeal. The earbuds are light and fairly inconspicuous once you put them on. 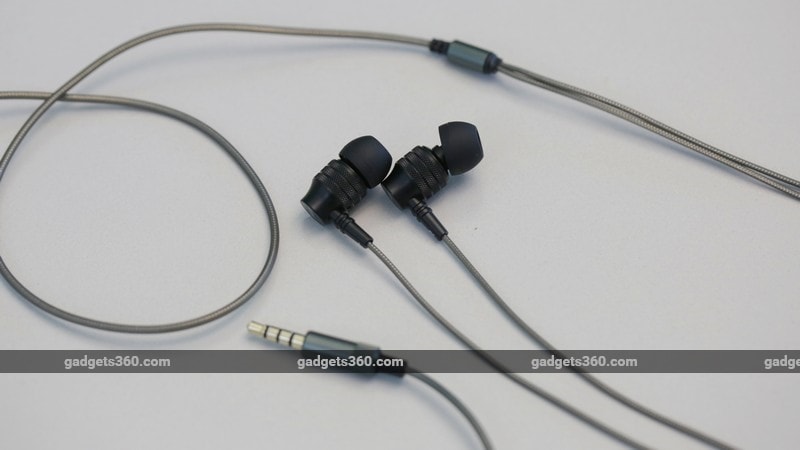 The 1.2 metre cable feels sturdy and is soft, making it easy to roll up and stow away. It has a thermoplastic elastomer coating that makes it easy to straighten the cable out even after you've rolled it up. There's an in-line microphone and a single button for accepting calls and navigating between tracks. We do miss volume controls here. The cable terminates in a gold-plated 3.5mm jack.

The cable and the driver enclosures look good, but we're not completely sold on the product's overall fit and finish. The microphone module feels cheap, as the plastic button is fiddly and seems as though it could pop out at any time. Even the 3.5mm plug is slightly angled when it should be straight.

In terms of specifications, the AudioWear Z4 features 7mm dynamic drivers with a frequency range of 30Hz – 20,000Hz. The rated impedance is 15.8 Ohms and it has a sensitivity of 106dB at 1mW. The AudioWear Z4 is available in just one colour, which is Metallic Silver. At this price, we feel that Evidson could have included a storage pouch in the box.

Evidson AudioWear Z4 performance
We tested the AudioWear Z4 with an Asus Xonar U7 DAC as well as an HTC 10 with BoomSound switched off. Audio tracks included a mix of FLAC and MP3 files, plus songs downloaded from Apple Music. Focus tracks were Breaking Ties by OceanLab, Rock Lobster by The B-52s, Movin' Out by Billy Joel, and Van Morrison's Into the Mystic. 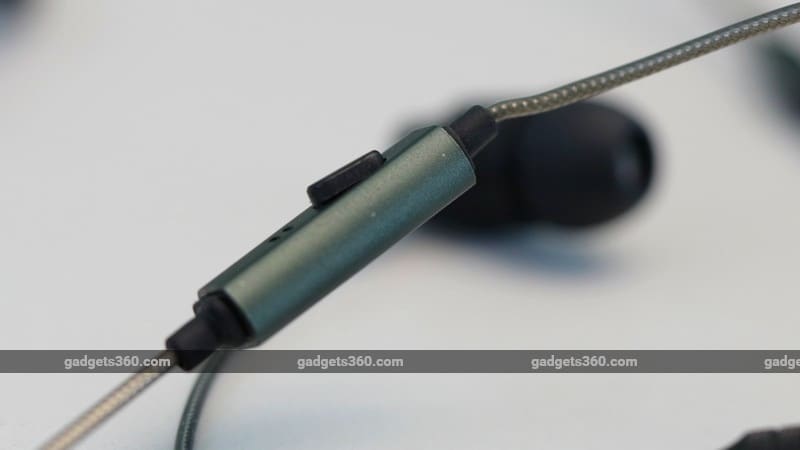 In a beat-heavy track like Rock Lobster, the AudioWear Z4 delivers punchy bass and ample kick without sounding boomy. Even at high volumes, the bass is well controlled, but the mid-range and high notes have lots of spikes, which makes listening over a prolonged period somewhat uncomfortable. We noticed sharp spikes in parts of the vocals, and higher notes tended to get a bit shrill at times.

In Billy Joel's Movin' Out, the vocals are crisp even at high volumes but there isn't very good separation between instruments. The mid-range ends up sounding a bit muddy. Even in Breaking Ties, the vocals are produced quite faithfully but the mid-range feels weak. Bass response is nice and tight even at moderate volumes.

Finally, in a track like Into the Mystic, with fewer instruments, the AudioWear Z4 tends to work a lot better. The separation in the mid-range is lot more distinct, thereby allowing the vocals to really shine through. High notes still spike a bit, but as long as you don't push the volume too high, this isn't very noticeable. 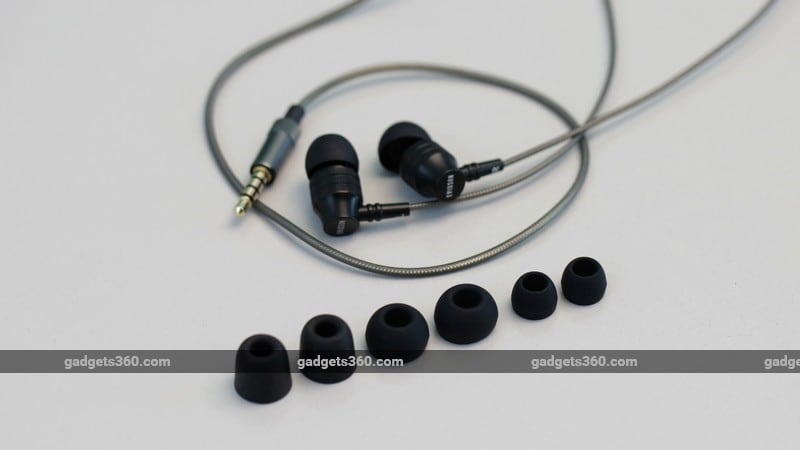 The bundled silicone tips provide good ambient noise isolation and don't leak sound. The fit is snug, and we didn't have any fatigue issues even after prolonged listening sessions. The single button lets you play, pause and jump between tracks depending on how you press it. This works well but we wish the build quality of the microphone unit had been better, and volume controls would have been nice to have.

Verdict
The Evidson AudioWear Z4 feels a bit too expensive when you consider the fit and finish of some of its components, and and the harsh reproduction of mids and highs. It does well with bass response and the fit is very snug with silicone ear tips, but overall, the sound just isn't exciting enough and left us wishing for more. You can do much better with the Cowon EM1 with microphone, which retails for around Rs.1,200 online.