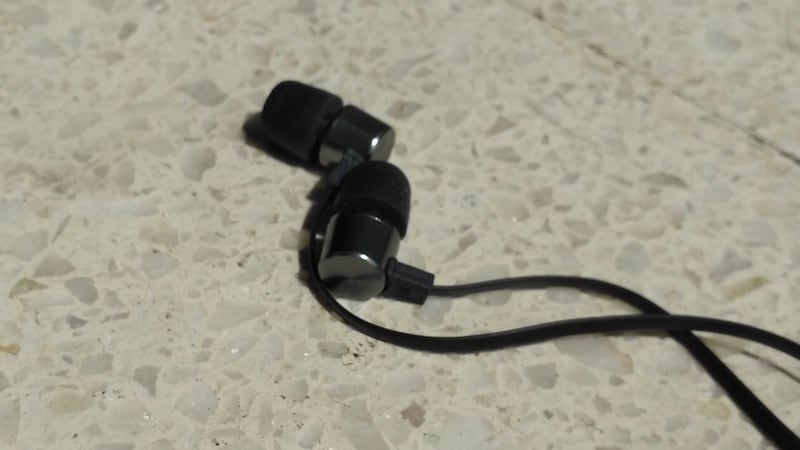 Evidson is an Indian company that's trying to break into the audio space. We first heard of it last year, when we reviewed the Evidson Audio Sport W6, an excellent low-cost headset that is well suited for running and other activities. Evidson's products range in price from Rs. 499 to Rs. 1,499, and today we're looking at the Evidson AudioWear R5 earphones, which have an MRP of Rs. 999.

The Evidson AudioWear R5 promise crisp and clear sound at a fairly reasonable price, and the packaging also mentions enhanced bass. We tried out these earphones for a little over a week, using them during calls, to listen to music, and to watch movies with. Read on to know what our experience with the Evidson AudioWear R5 was like.

Tech 101: Things You Need to Know Before Buying Headphones

Evidson AudioWear R5 specifications, design, and comfort
The Evidson AudioWear R5 has neodymium magnetic cores, flat cables for tangle-free storage, an inline mic with playback controls, and a 3.5mm plug. It has an impedance of 16Ohms, a frequency range of 30Hz - 20,000Hz, and a sensitivity of 106dB. Three pairs of rubber tips in different sizes are included in the box, to help you achieve the most comfortable fit.

The casings of the earphones have metallic bodies, and are lightweight and comfortable enough to wear for long periods without really noticing them. The AudioWear R5 doesn't really stand out in terms of design, but feels durable and comfortable enough for that to not be an issue. The focus for Evidson is clearly more on getting sound quality right, but does the company succeed?

Evidson AudioWear R5 performance
To test the Evidson AudioWear R5, we used the output from a CD player for our focus tracks, and otherwise used it paired with a Xiaomi Redmi 3S Prime for day-to-day usage and testing. For the focus tracks, we listened to Galvanise by the Chemical Brothers, Yellow Submarine by the Beatles, Monster by Kanye West, and Bohemian Rhapsody by Queen. Aside from this, we used the earphones while listening to streamed music online, for watching TV shows via Netflix and Amazon Prime Video, and also for all calls for a couple of days. This helps compare the experience across typical daily tasks, and not just in controlled tests.

Listening to the different tracks, it became clear that this pair of earphones really does deliver good bass. As a bonus, it also sounds good in the upper ends of the spectrum. However, the mid-range, where vocals come in, feels relatively muffled. That's not to say that audio quality is poor – just that the mid-range doesn't have the same crispness and quality as the low notes.

This is perfectly fine for some tracks, but when listening to the more vocal-driven Yellow Submarine and Bohemian Rhapsody, we felt that we were losing out on some of the best parts of the music. The downsides of this sound profile were also particularly evident when watching TV shows.

In terms of sound staging and imaging, the earphones performed well. This isn't the sort of sound quality you're going to rhapsodise about, but it's certainly acceptable. In terms of daily use, the earphones fared well - they're just as comfortable for long commutes as they are for lying in bed. They fit fairly securely, and the mic was reliable during calls.

Overall, the AudioWear R5 sounds nice, but the bass is a bit too strong here, compared to the AudioSport W6 which we noted had a very well balanced sound.

Verdict
Kochi-based Evidson has been doing a good job in putting out reasonably priced audio products which deliver quality, and aren't a lot of other choices at this price point which sound much better. There's a lot to like about the Evidson AudioWear R5.

Build quality seems reasonable, and it's light and comfortable too. The audio profile isn't for everyone, but in India, there's always a lot of demand for extra bass. Available for Rs. 899 via Amazon, the Evidson AudioWear R5 is a good budget-friendly option for people seeking a bass boost.