Over the years, Audio Technica has launched different types of earphones and headphones at different price points. Today we will be reviewing the Audio Technica ATH-AR3BT wireless headphones. These were launched in India in October last year at a price of Rs 13,990. Audio Technica says that its AR series brings audio quality from the high-end MSR7 and SR series to more affordable price points, so does the ATH-AR3BT justify the price it commands? We put it to the test and find out.

Audio Technica has gone with a simple design for the AR3BT. It is made of high-quality plastic and feels sturdy. The adjustable headband has a soft lining on the inside. The ear cups are made of plastic and have the Audio Technica logo on them. The left ear cup also has a tiny NFC logo to tell you where you need to tap your phone when pairing using NFC. These ear cups swivel to ensure that they sit right on your ears, and they also fold inwards, making it easy to store the unit. There are L and R markings on the headband which guide you to put the headphones on the right way.

The soft padding on the ear cups makes them sit comfortably over your ears. The right one cup has the power switch, while the left one has the volume slider, a Micro-USB port, a 3.5mm input, and an LED light. The volume slider is clickable and can be used to play/ pause or accept/ reject calls, while pushing it to either side and holding it there will change tracks. The slider on our review unit was broken, and we couldn't reduce the volume or skip to the previous track. 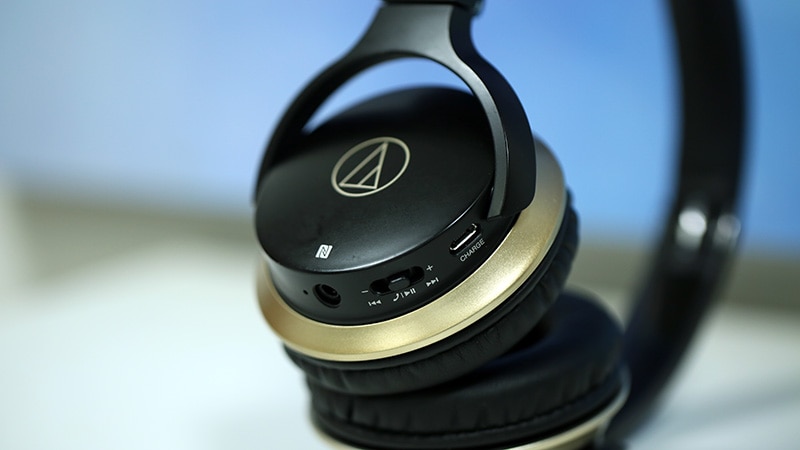 We did not receive a retail box with our review unit, but did get the Micro-USB cable and a stereo cable with 3.5mm plugs to connect to an audio source. The headphones are fairly light and weigh 190g. Overall, the ATH-AR3BT feels well built, and we did not hear any creaks when using or storing it.

In terms of specifications, the ATH-AR3BT uses 40mm drivers and covers a wide frequency range from 5Hz - 35,000Hz. The impedance is 41Ohms which means that it will need powerful hardware to drive it using the stereo cable. There's a lithium polymer battery for power in Bluetooth mode, but Audio Technica hasn't published the battery capacity. The company claims 1000 hours of standby time and 30 hours of continuous playback. Apart from this, there's Bluetooth 4.1 with support for AAC, SBC and Qualcomm's aptX audio codec. We used these Audio Technica headphones with a OnePlus 5 (Review), which streamed audio using aptX.

The ATH-AR3BT is comfortable when worn, and its low weight does not cause much fatigue. Once the band is adjusted properly, it clamps over your ears with the right amount of force to not move about. The ear pads ensure a good seal and we found that surrounding noise was filtered out to some extent. Sound leakage when playing music was also pretty low. However, our ears felt warm after listening to anything for over 40 minutes.

Audio Technica recommends that you wear the ATH-AR3BT while setting it up in Bluetooth mode in order to hear audio prompts. It enters Bluetooth pairing mode the first time you switch it on. A beep and a slow-blinking LED indicate that it has paired successfully. You can also use the stereo cable with any source that has a a 3.5mm output. This disables Bluetooth functionality completely, and the buttons on the ear cups are rendered useless. These headphones lack active noise cancellation, a feature found in the Sennheiser BT4.5 in the same price range, as well as less expensive options such as the Infinix Quiet X. 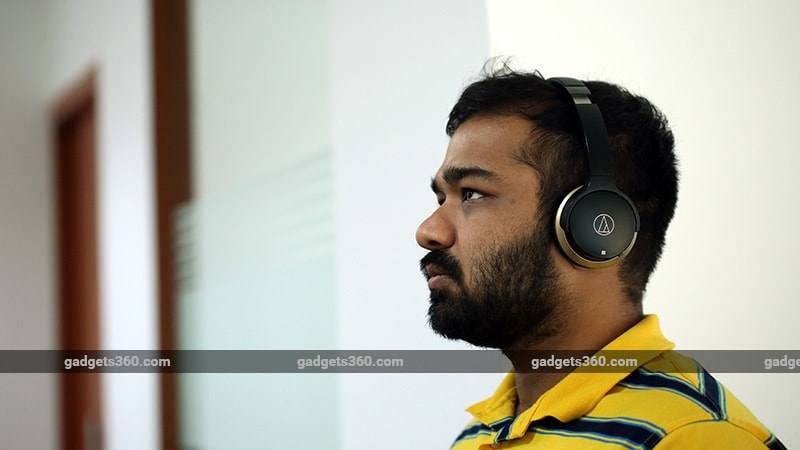 The AR3BT headphones have a very neutral sound output and aren't tuned to enhance any particular part of the frequency range. As a result, you get headphones that rarely distort when playing a song with lots of bass, or sound shrill when playing instrumental solos. The lows, mids, and highs are given equal importance and we rarely felt that the sound output was muddy. While listening to Joker And The Thief by Wolfmother, we could clearly distinguish between the guitar, hi-hats, synth, and drums at the beginning of the song. While streaming Light It Up by Major Lazer on Amazon Music, the AR3BT delivered clean bass without any distortion. We played Into The Night by Santana which the headphones also managed quite well, without distorting the highs. Overall the audio quality of the Audio Technica ATH-AR3BT is impressive, and people who like a neutral sound will like this a lot.

Battery life is where these Audio Technica headphones score some more points. The company claims 1000 hours of standby time and 30 hours of continuous audio playback. While we did not put the standby time claim to the test, we did manage to get around 28 hours of continuous audio playback. What that means is that if you listen to music for an hour each day while commuting, you could go for nearly a month before needing to find a charger. When the ATH-AR3BT runs out of power, you will need to leave it plugged in for five hours to charge it completely. 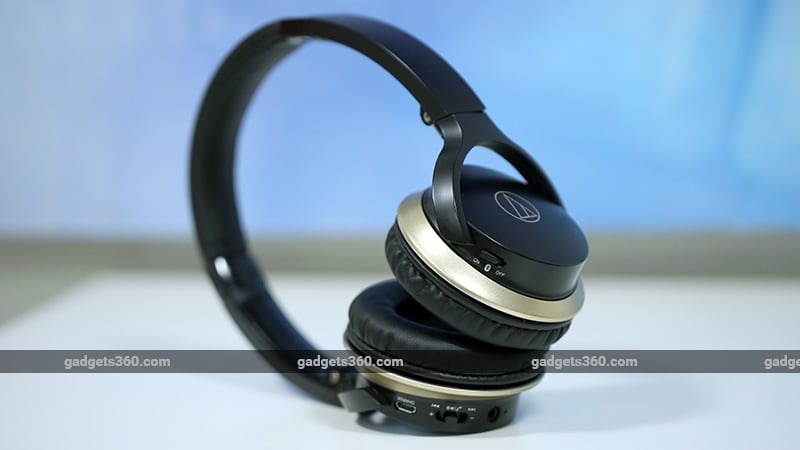 Verdict
Audio Technica has managed to strike an excellent balance at this price point. The ATH-AR3BT is well built and offers a good, neutral sound. Yes, it misses out on active noise cancellation but a lot of people will forgive it for that. Battery life is impressive, and you can get a lot of continuous playback time. Availability seems to be an issue right now, as we couldn't find this pair of headphones on leading e-commerce websites. If you do manage to get your hands on the ATH-AR3BT, pick it up - you won't be disappointed.