The listing on the Bluetooth SIG website shows the earbuds come with Bluetooth v5.0 connectivity.

Xiaomi seems to have new truly wireless earbuds in the pipeline. While the company is yet to make its announcement, the new earbuds have surfaced on the Bluetooth SIG website with model number TWSEJ05WM. The earbuds are listed online with product name Mi True Wireless Earphones 2S, which appears to be an upgrade to the Mi True Wireless Earphones that were launched last year. Xiaomi is likely to bring the new earbuds with wireless charging support to counter the Apple AirPods 2 that comes with an optional wireless charging-supported case.

As per the details available on the Bluetooth certification website, the Mi True Wireless Earphones 2S from Xiaomi come with Bluetooth v5.0 connectivity. The earbuds apparently carry model number TWSEJ05WM, which seems closer to the model number TWSEJ02JY that is associated with the Mi AirDots Pro 2 that were launched in China in September.

The online listing shows Tiinlab.com.cn as the Product Website. Notably, TiinLab is a Chinese acoustics manufacturer that produces headphones and other audio devices under the 1More brand. Xiaomi may have partnered with the Shenzhen-based company for producing its next-generation truly wireless earbuds. 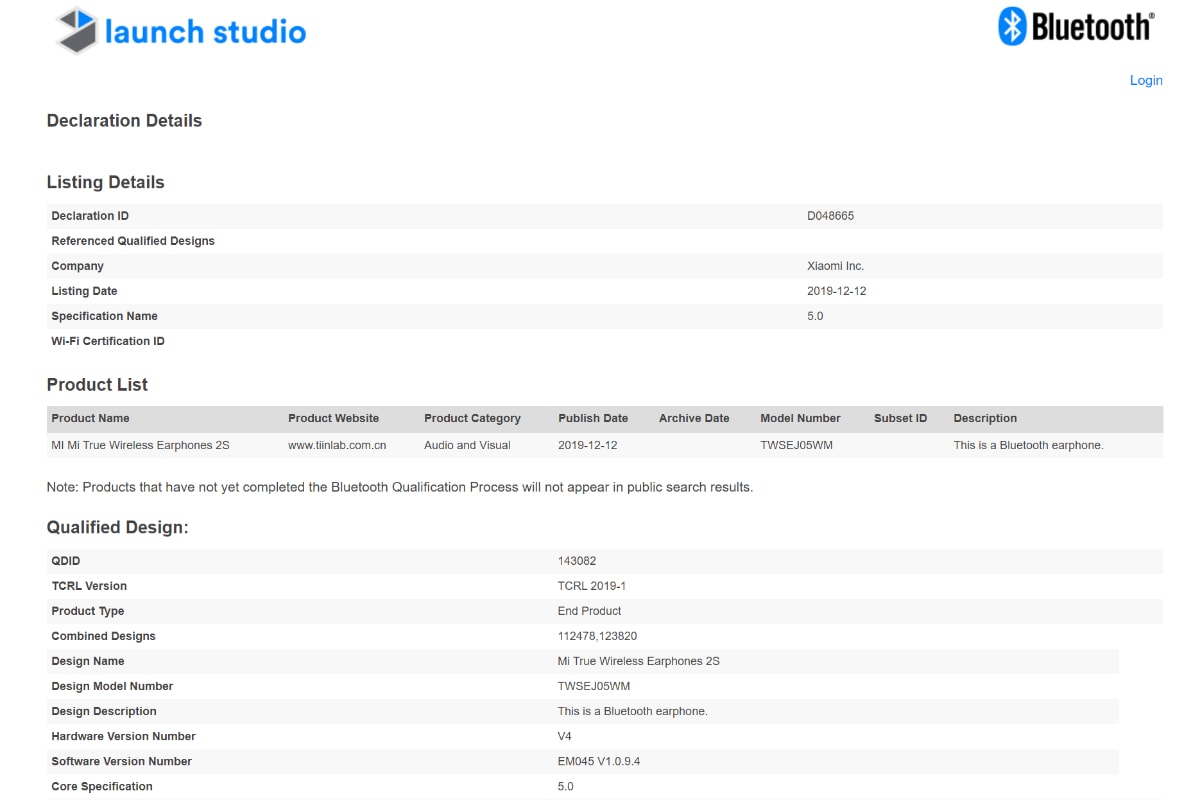 Details around the launch of the Mi True Wireless Earphones 2S aren't revealed yet. However, the certification page on the Bluetooth SIG website shows that the earbuds got listed on December 12. This suggests that the company may soon make their formal announcement.

The Mi True Wireless Earphones 2S may include wireless charging support and come in a new design to take on the AirPods 2. Further, Xiaomi could make things difficult for Realme as the homegrown competitor is also working on its first truly wireless earbuds that are set to launch as the Realme Buds Air in India on Tuesday, December 17.

The online listing of the Mi True Wireless Earphones 2S was spotted by GizmoChina. However, Gadgets 360 was able to independently verify its existence.