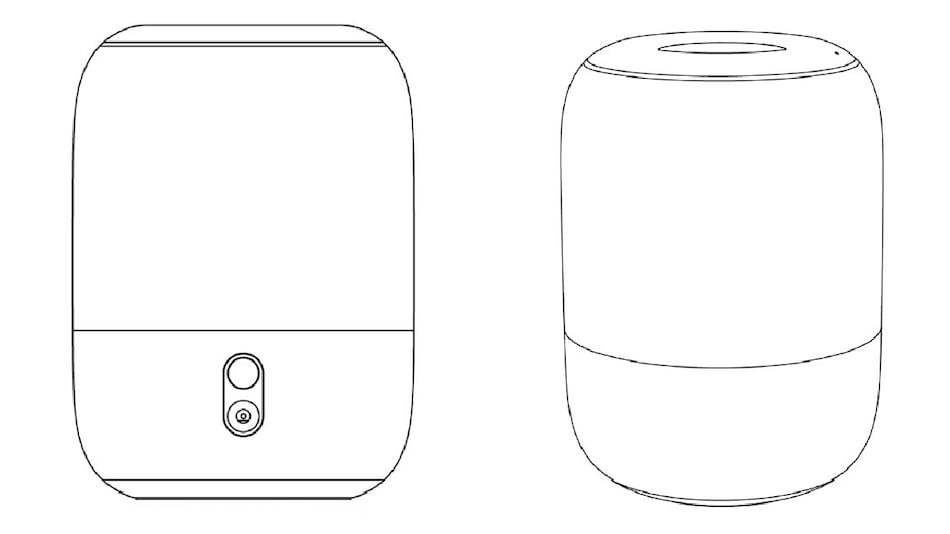 The new smart speaker appears to have a cylindrical design

Xiaomi seems to have a new smart speaker in the works that looks quite similar to the Apple HomePod. A patent application showing the new speaker has purportedly emerged in China that suggests a cylindrical design. Xiaomi's speaker is also speculated to have a HomePod-like dedicated touch-sensitive surface to let users interact with the hardware. It could also have XiaoAI digital assistant to communicate with users through a computer voice. Notably, this isn't the first time when Xiaomi has been spotted imitating Apple.

The patent showing the new smart speaker by Xiaomi has been published on the China National Intellectual Property Administration (CNIPA) website, reports GizmoChina. Some schematics suggesting the design of the new hardware highlight many similarities with the Apple HomePod.

Xiaomi appears to offer 360-degree sound through its smart speaker. It also appears to have an OLED display that could be used to show connectivity status and volume levels. Further, it could have the touch-sensitive surface on top.

As a smart speaker, the hardware purportedly designed by Xiaomi could also include support for XiaoAI digital assistant, which is the company's proprietary offering against Google Assistant and Apple's Siri.

Gadgets 360 wasn't able to independently confirm the emergence of the patent application. It is, therefore, safe to consider the rumour with a pinch of salt.

That being said, Xiaomi does already have some smart speaker options in its portfolio. It most recently brought its XiaoAI Touchscreen Speaker Pro 8 with a multi-touch display and three subwoofers in December last year. The speaker had a design that looked similar to the Google Nest Hub and Amazon Echo Show 8.

Xiaomi apparently copied the design of some Apple devices in the past as well. One such example is the Mi Watch that looks very similar to the Apple Watch — with a digital crown-like button and a curved display.