Xbox Stereo Headset doesn't appear to have the chat/game audio mixing dial as its wireless counterpart. 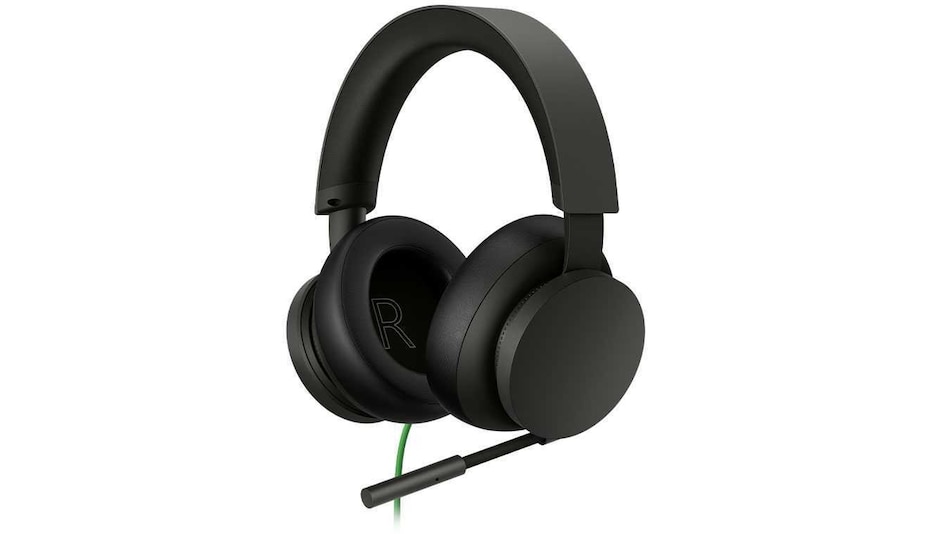 As per Microsoft, it's launching on September 21, and as is to be expected, it's missing a few features, though much of its design is intact. Xbox Stereo Headset price in India is set at Rs. 5,990. Gadgets 360 has reached out to the company for India availability details. This report will be updated when we hear back.

Users can twist the dial on the outside of the right ear cup to adjust the volume, and there's a mute button on the backside of the flexible microphone, mirroring what you get with the wireless version.

The stereo headset doesn't appear to have the chat/game audio mixing dial on the left ear cup as the pricier model does, but that's not a horrible loss given the price difference.

This headset connects through your Xbox controller via its bold green 3.5mm cable and plug, meaning you can use it with other devices (and controllers) that support that plug.

Microsoft has said that the stereo headset supports spatial sound technologies like Dolby Atmos, Windows Sonic, and DTS:X and that they feature "clean mid and high-frequency performance with strong bass."

If the sound quality is anything like it is on the wireless version, many gamers should be happy with this $59.99 model.