Toshiba Gulf FZE, the subsidiary of Toshiba Corporation, on Wednesday entered the audio products and accessories segment in India by partnering with Toshiba Lifestyle Electronics and Trading and launched its range of devices, including wireless and wired earphones and headphones, Bluetooth speakers, soundbars, portable music systems, micro-component systems, and radios. In the new range, there are Toshiba RZE over-the-ear headphones as well as Toshiba RZE in-ear headphones, Toshiba TY Bluetooth soundbars, and Toshiba TY portable sound systems. The company has partnered with Intek Security Systems as its national distributor and tied up with major distributors, retail chains, and e-tailers. The devices will come with a one-year carry-in warranty that is applicable across the country.

The first in the range of Toshiba audio devices is the RZE series of over-the-ear headphones that includes wired models - D200H and D250H, both with 40mm speaker units - carrying a price tag of Rs. 1,499. For customers seeking wireless options, Toshiba has brought the BT180H and BT200H. Both the headphones can be connected to up to two Bluetooth devices using A2DP, AVRCP, HFP, and HSP protocol and service distance of up to 10m (33 feet). The headphones feature play, pause, forward/ backward, and volume controls right on their ear panel and come equipped with a microphone that lets you skip tracks or answer calls. Further, there is a built-in battery pack that delivers up to eight hours of talk/ play time on a single charge.

If over-the-ear headphones are not your choice, Toshiba has the RZE series of in-ear headphones in both wired and wireless form factors. There is the D100E headphones model that allows you to adjust the volume levels directly from the microphone and comes in three colour options. It is priced at Rs. 1,099. Toshiba has also launched the BT110E and BT300E Bluetooth headphones that have five buttons to control calls and music and have a built-in microphone that can even allow users to skip tracks and answer calls. The BT110E is priced at Rs. 1,999, while the BT300E is available at Rs. 2,999. Both are claimed to deliver four hours of music playback or talk time on a single charge.

Toshiba has also brought its TY Bluetooth soundbar models that can sit horizontally on an entertainment unit or mounted below your HDTV. Among other models, the SBX1000 comes with a 2.1 system - pairing two 15W speakers and a 30W subwoofer together to deliver a total RMS power of 60W. The SBX210, on the other hand, offers a 2.0 channel with two 25W speakers and a 3.5mm AUX-in port. Both soundbars have Bluetooth connectivity and come with a remote control that includes controls for power, volume, and sound effects. The SBX1000 is available at Rs. 14,899, while the SBX210 is priced at Rs. 11,799. 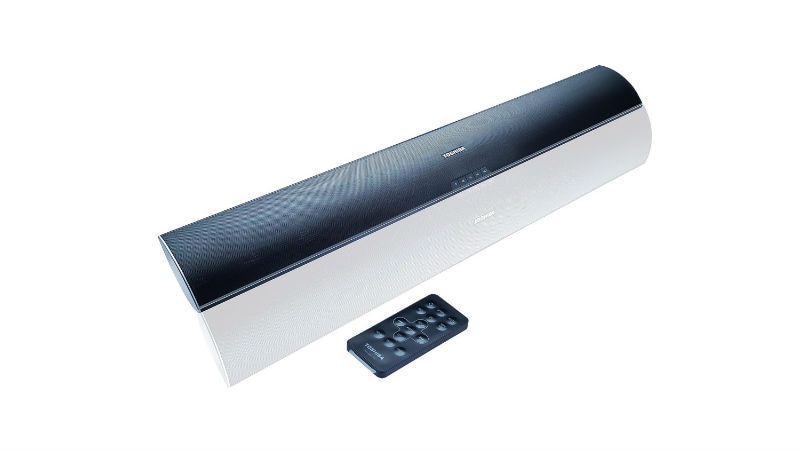 Furthermore, Toshiba has brought its Bluetooth TY portable sound system series to meet the needs of wireless portable speakers. There is the CWU11 model, priced at Rs. 8,899, which delivers 1Wx2 audio output and supports CD-DA and CD-R/RW formats. It also has Bluetooth and NFC connectivity support as well as a USB port. Additionally, there is the CWU500 model, which is priced at Rs. 14,699, that offers 12.5x2 RMS using two 10cm speakers and two passive radiators. The speaker also supports SD memory cards and comes with a USB port. 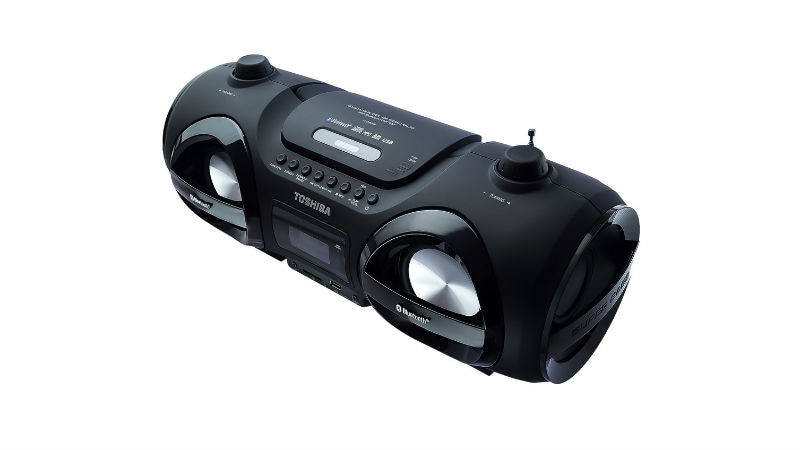 "For Toshiba audio products, India is a strategic growth market which is estimated to reach billion dollar mark by 2020," said Santosh Varghese, General Manager - Toshiba Gulf FZE. "With the launch of our complete range of audio products in India, we want to deliver high-quality performance at an outstanding value to customers."