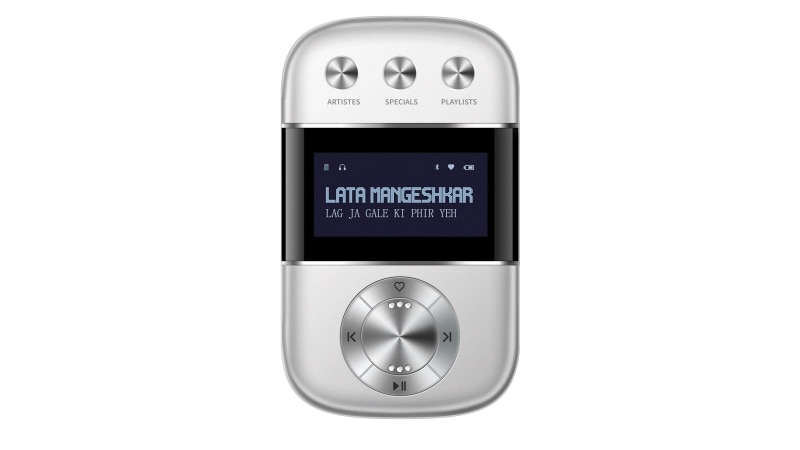 Saregama Carvaan Go is the smallest device in the Carvaan range

The Saregama Carvaan range of portable speakers have been successful in India for a number of reasons, the most important of which is the simplicity of use. The speaker series comes with thousands of tracks built into the devices, which include classic tracks in various Indian languages. The latest product in the range is the Saregama Carvaan Go, a small hand-held speaker that weights only 88g and comes with 3,000 retro Hindi songs built in. The Saregama Carvaan Go is priced at Rs. 3,990, and is available to buy at saregama.com and other major stores.

The Saregama Carvaan Go, like the larger Carvaan speakers, has simplicity as its unique selling point. The device has a built-in speaker to listen directly, but you can also connect headphones or to external speakers through the 3.5mm jack or Bluetooth, to use the device only as a music player. Apart from this, you can also listen to your personal collection of music through a microSD card, or listen to FM and AM radio directly on the Carvaan Go.

The device has a battery that is claimed to last for up to 7 hours on a single charge, and was a Micro-USB port for charging. The device has a small display to select tracks, playback controls, artists, playlists, and audio source. The size of the Saregama Carvaan Go makes it ideal for portable use, such as in cars or while outdoors. The device takes advantage of Saregama Music's massive collection of retro Hindi music from popular artists.

Saregama also has the Carvaan, Carvaan Gold, and Carvaan Mini speakers available to buy. These are more expensive though, and the Carvaan Go will have the advantage of its price and form factor as a selling point.