Realme is likely to offer AirPods-like, periscope-style design on its truly wireless earbuds.

Realme has started teasing truly wireless earbuds that could come as its answer to Apple's AirPods. Realme India CEO Madhav Sheth gave a sneak peek at the earbuds while launching the Realme X2 Pro and Realme 5s last month. Now, the executive has posted his image on Twitter featuring one of the new earbuds. Realme through its official Twitter account has also released a teaser image that suggests the design of the new earbuds. The company is likely to launch its earbuds in India alongside the Realme XT 730G sometime later this month.

As per the image shared by Sheth, the Realme earbuds appear to have an AirPods-like, periscope-style design. One of the earbuds that's in the image also has a yellow colour finish -- matches Realme's traditional colour theme.

In addition to the image posted by the India executive, Realme has released the separate teaser image that gives a glimpse at the new earbuds that seem to have an AirPods-like case.

“A seamless experience is waiting to turn your world around — ‘real' sound & a connection you would instantly hold on to in some bold colours,” the company wrote in its tweet teasing the new earbuds. 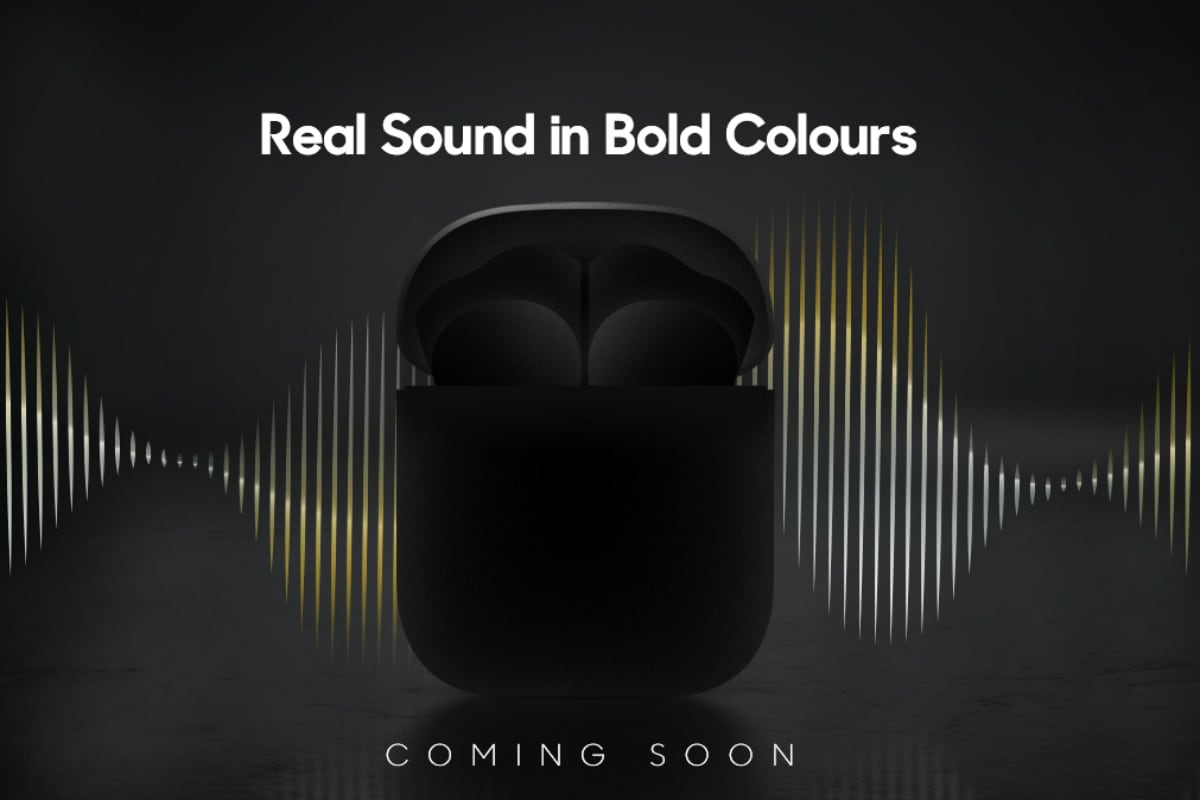 Sheth initially showed off the Realme truly wireless earbuds at the Realme X2 Pro launch in New Delhi. “I would say there are a few more things in December and there are a lot of exciting things coming up in December -- not just one product or not just two products,” the executive had said before briefly unveiling the earbuds on stage.

In a conversation with Gadgets 360 at the sidelines of the Realme X2 Pro launch, Sheth specified that the company is set to bring new devices under its tech lifestyle segment as early as next month. These could include the teased truly wireless earbuds.