The earbuds are rumoured to be called Realme Buds Air Pro TWS.

Realme has filed a patent for a new pair of truly wireless stereo (TWS) earbuds that could be the Realme Buds Air Pro TWS earbuds, as per an online report. 91mobiles discovered that the company has filed for the patent at the State Intellectual Property Office of the People's Republic of China. The earbuds seem to have an AirPods Pro-like design, with its in-ear design with rubber ear-tips. Realme is yet to say anything about a new pair of TWS earbuds.

According to the details of the patent accessed by 91mobiles, the earbuds rumoured to be the Realme Buds Air Pro TWS have a microphone on the stem that could be to block environmental noise and for better call reception. As mentioned, these earbuds reportedly have rubber ear-tips that could allow noise cancellation and be a better in-ear fit. 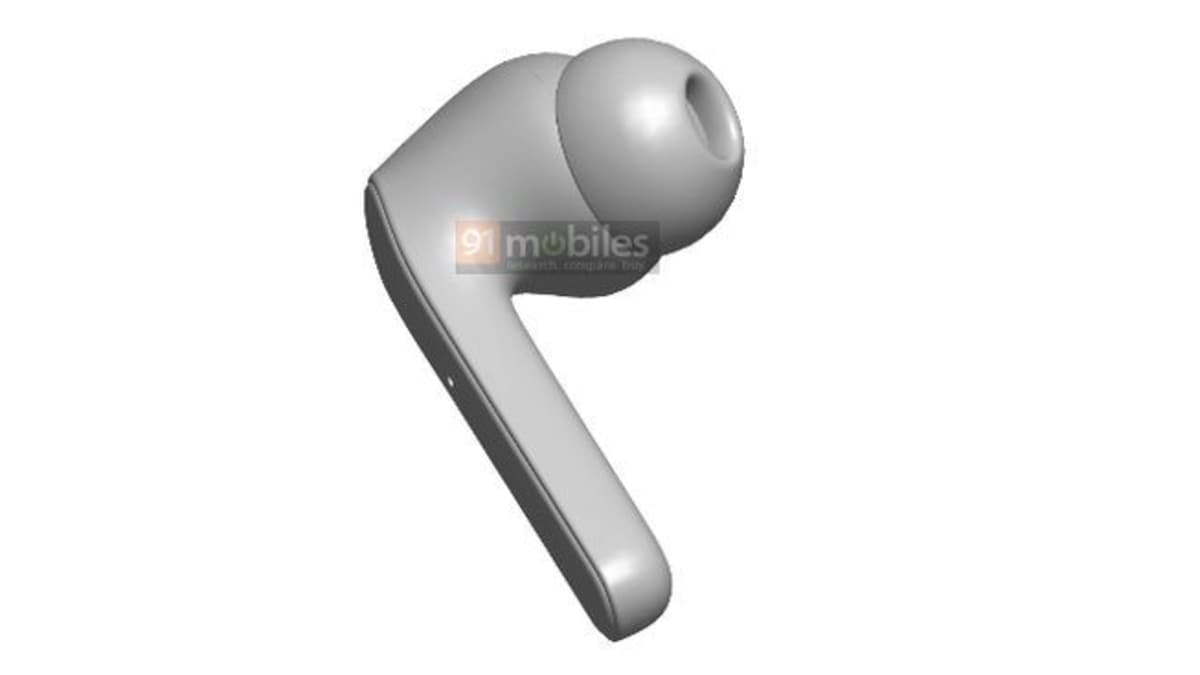 Realme Buds Air and Realme Buds Air Neo have a sizeable stem design, similar to Apple AirPods. These earbuds, however, look like could be a premium product to take on Apple's AirPods Pro. The patent doesn't have the name of the product, says the report, but it is likely that these are the Realme Buds Air Pro that are expected to be launched soon.

The patent also includes another set of TWS earbuds, as per the report, that have a pod-shaped design and an angular ear tip for a better fit. These look similar to the recently launched Realme Buds Q,and it is possible that they could adopt some of the features from them, and be launched as a budget offering.

Realme has not announced whether or not these designs will be launched anytime soon.
Realme Buds Classic earbuds are Realme's most recently released earbuds that were unveiled in India last week. The earbuds are priced at Rs. 399, and are available in black and white. These have a half in-ear design with non-isolating fit that will let users be aware of their surroundings even while using the earbuds.

Further reading: Realme, Realme Buds Air Pro, TWS earbuds, Apple AirPod Pro
Tanishka Sodhi Email Tanishka Tanishka Sodhi is a sub-editor at Gadgets 360. As a journalist, she has covered education, culture, and media and mental health. She is interested in the intersection of technology and culture, and its impact on everyday lives. Tanishka is a staunch advocate of gender equality, and the correct use of commas. You can get in touch with her via Twitter at @tanishka_s2 or drop a mail at tanishkas@ndtv.com. More
Xiaomi Posts Revenue Growth in Pandemic-Hit Second Quarter