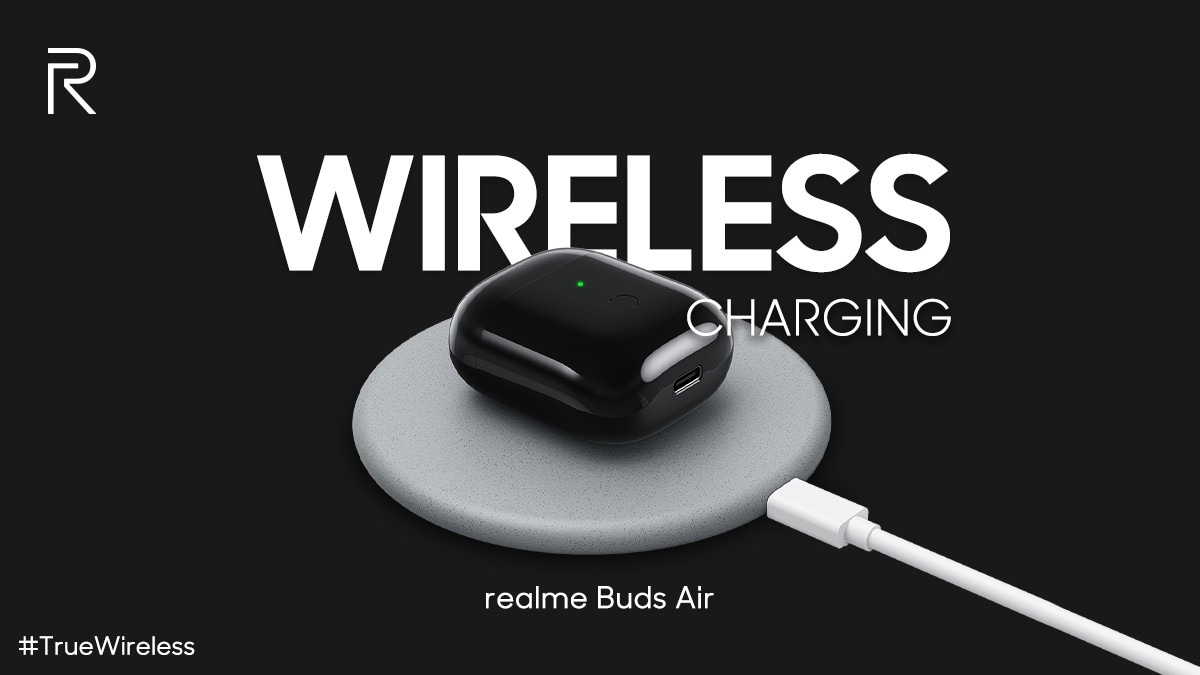 The supplied charging case will have a green LED that will serve as an indicator on the front face, and what appears to be a circular button below it. At the bottom, one can see the cutout for what appears to be a USB Type-C port. The Realme Buds Air will support wireless charging out of the box, which means users won't have to separately purchase a wireless charging-compatible case.

News about the Realme Buds Air's wireless charging support leaked online earlier this week, with a descriptive image to go with it. As per a premature online listing, the Realme Buds Air will carry a very competitive price tag of Rs. 4,999. Realme has also teased Google Assistant support for its first truly wireless earbuds and will launch them alongside the Realme X2 at an event on December 17 in India.