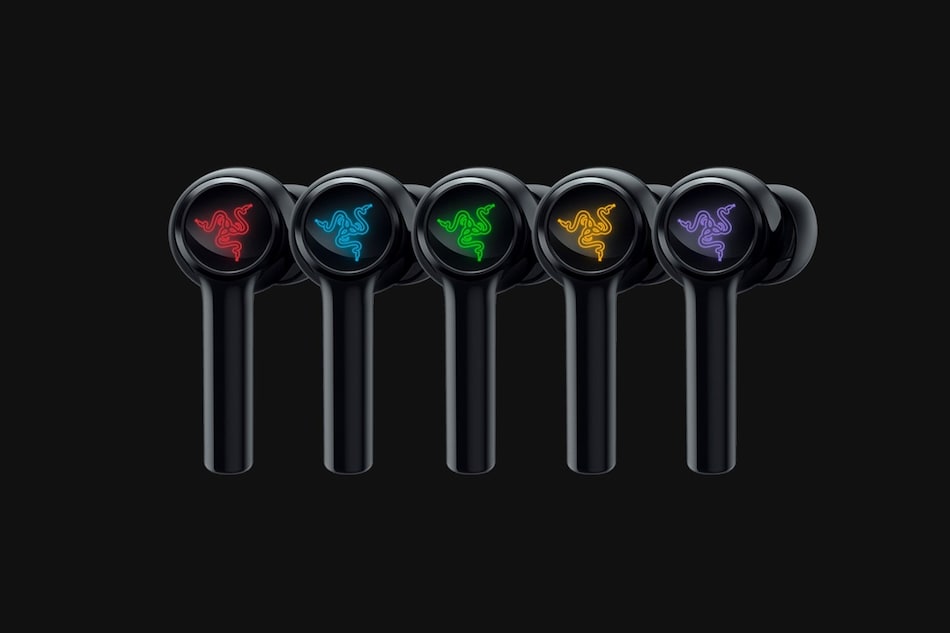 Razer Hammerhead True Wireless earphones with active noise cancellation (ANC), embedded LED RGB lights and a low-latency mode for gaming have been launched in the US. The true wireless stereo (TWS) earphones are currently listed on Razer's official US website. The Razer Hammerhead True Wireless earphones feature an in-ear design and 10mm drivers. The TWS earphones can provide a total of up to 32.5 hours of playback with the ANC and LED RGB lights turned off and up to 20 hours with both ANC and lighting on.

The new Razer Hammerhead True Wireless earphones are priced at $129.99 (roughly Rs. 9,700). It is currently available to purchase via Razer's official website. However, there is no information on their availability in other markets including India. The TWS earphones come in a sole Black colour option and a Black charging case. The Razer logo on the earbuds comprise LEDs and is configurable to change colours. Razer is offering its customers in the US up to two years of warranty on the TWS earphones.

The latest TWS earphones from Razer feature 10mm drivers that have a frequency range of 20Hz to 20kHz. The Razer Hammerhead True Wireless earphones feature omnidirectional microphones, touch controls, and Bluetooth v5.2 with Google Fast Pair support. The TWS earphones are compatible with any device with Bluetooth compatibility and its smartphone app — Razer Audio — is compatible with Android and iOS. Additionally, the smartphone companion app can be used to configure the colour of the RGB lighting as well as for turning the ANC on or off.