Ptron Bassbuds Vista are the more expensive of the two headsets launched, and are priced at Rs. 1,299. What is particularly interesting about this headset is the presence of wireless charging compatibility for the case, as well as the inclusion of a 5W Qi wireless charging pad in the box. This represents immense value for potential buyers, who are getting earphones and a wireless charger at a low price that often doesn't cover even one of the above. 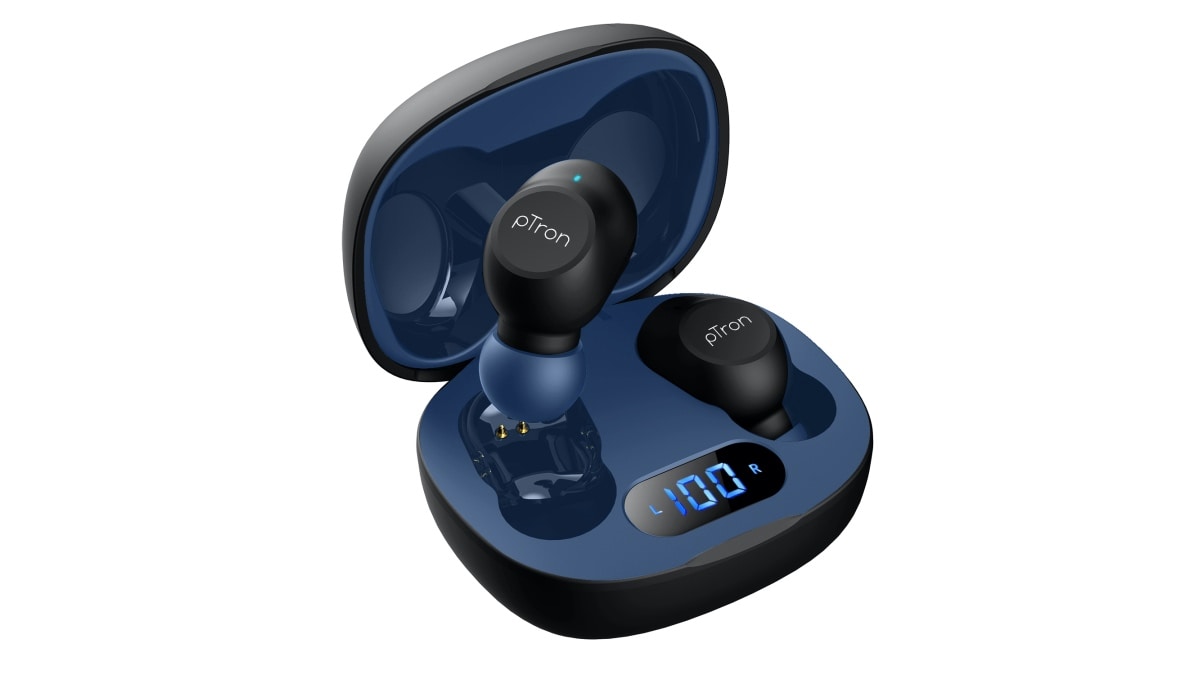 Also launched alongside are the Ptron Bassbuds Pro TWS earphones, priced at Rs. 1,199. The earphones feature touch controls, and the charging case has a digital display that indicates the battery level. Both the new headsets from Ptron are available for purchase via Amazon.

Despite the competitive pricing, Ptron Bassbuds Vista and Ptron Bassbuds Pro are well equipped, in terms of features. Apart from the included wireless charger, Ptron Bassbuds Vista use Bluetooth 5.1 for connectivity, and can also be charged using a Micro-USB cable. The earphones have an in-canal design and fit and are IPX4 rated for water resistance. The earphones have a claimed battery life of four hours on the earpieces, with an additional eight hours from the charging case. The included wireless charger is Qi-certified and can be used to wirelessly charge other compatible devices as well.

The slightly more affordable Ptron Bassbuds Pro uses Bluetooth 5.1 for connectivity, and the earpieces are IPX4 rated for water resistance. Charging takes place through a USB Type-C port, and the charging case has a digital display that indicates the battery level of the case as a percentage for better control over charging and use. The earpieces also have touch controls, with support for voice assistants including Google Assistant and Siri. Battery life on Ptron Bassbuds Pro is similar to that of Ptron Bassbuds Vista, with up to four hours promised on the earpieces, and an additional two charges from the case for a total of 12 hours of use per charge cycle.