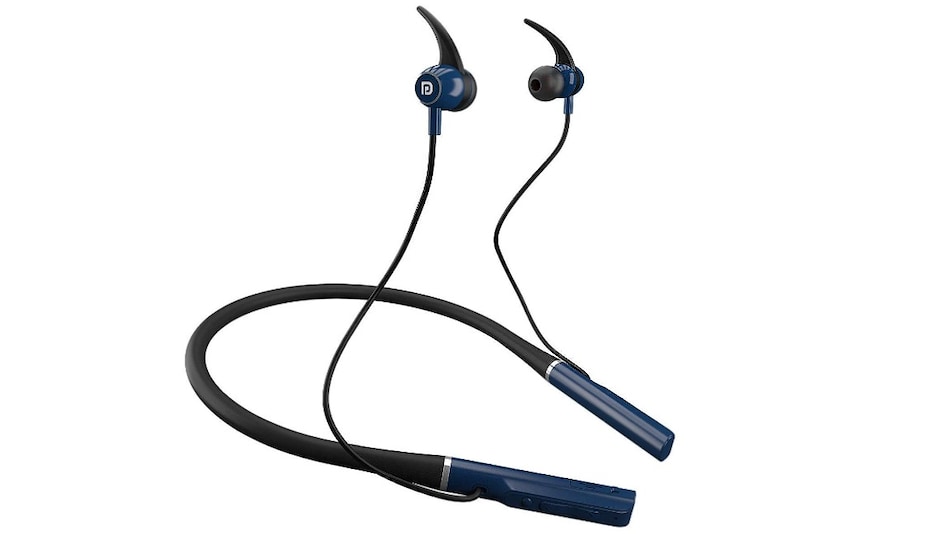 Portronics Harmonics 300 wireless sports neckband has been launched in India, with HD Stereo Sound and Active Noise Cancellation (ANC) features. As per the company, the neckband can last for eight hours after a single full recharge. It is offered in blue and black colour variants. The neckband is equipped with 10mm drivers and has Bluetooth 5.0 as well as voice assistant support. The latest addition to the company's line of wireless headphones, Harmonics 300 is IPX4 rated for sweat and water resistance.

Portronics Harmonics 300 is priced at Rs. 2,999. The company's website, however, shows a discounted rate of Rs. 1,499, which could be a special introductory price. The Portronics Harmonics 300 wireless neckband will also be offered on e-commerce websites and offline retail stores as well. It is available in black and blue colour variants and has a 12-month warranty period.

The Portronics Harmonics 300 wireless sports neckband is equipped with 10mm dynamic drivers and has a frequency response range of 2.402Hz to 2.480GHz. It is claimed to last for eight hours after a single full charge, and four hours after 10 minutes of charging. Harmonics 300 offers HD Stereo Sound support with a clear bass.

For connectivity, the neckband supports Bluetooth 5.0 with a range of 10m. It is IPX4 certified for sweat and water resistance. Harmonics 300 comes with voice assistant support and magnetic earbuds.

As per Portronics, Harmonics 300 is crafted with silicone material that does not irritate the skin, making it wearable for long hours.