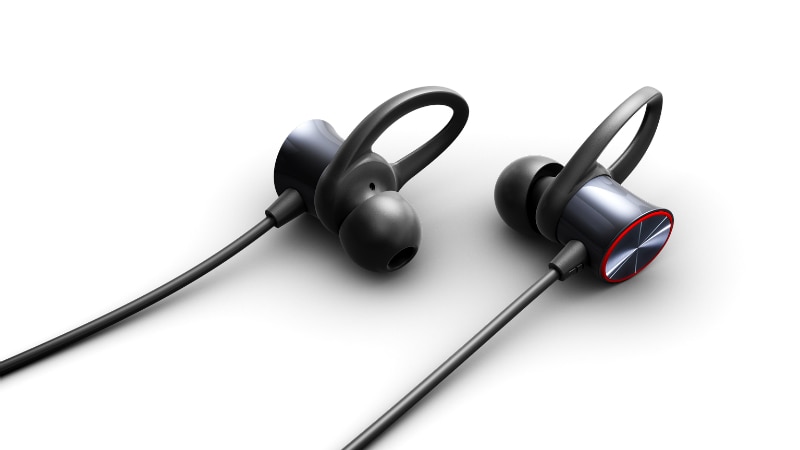 OnePlus Bullets Wireless earphones have been launched in India. The wireless earphones, which were unveiled alongside the debut of the OnePlus 6 last month, are designed to compete against the likes of Apple AirPods and Google Pixel Buds. OnePlus has designed the new earphones with magnetic switches that pause the music when the earbuds are clipped together. Also, there is the company's acclaimed Dash Charge technology along with a built-in USB Type-C port that helps to deliver five hours of playback in 10 minutes of charging. The earbuds also feature a weather-resistant design and come with Bluetooth connectivity along with aptX technology.

The OnePlus Bullets Wireless price in India has been set at Rs. 3,990. They will go on sale starting June 19 at 12 noon.

As an upgrade to the OnePlus Bullets V2, the OnePlus Bullets Wireless feature 9.2mm drivers and include the company's Energy Tube that is composed of a non-metallic mineral and silica gel to reduce frequency distraction and enable noise cancellation to some extent. The earphones are also touted to have a weather-resistant design that can bear rain showers. However, OnePlus hasn't specified any IP certification for the build. There are also memory alloy-made earbuds with liquid silicone.

What majorly makes the OnePlus Bullets Wireless a distinguished offering from the competition is the presence of magnetic switches that pause the music when the earbuds are clipped together. When using with the OnePlus 6, you can also resume the music from where you left off when unsnapping the earbuds. Similarly, when disconnected from your handset after five minutes of inactivity, the earphones will turn off automatically. This helps to save the battery life.

There is Bluetooth v4.1 along with Qualcomm aptX. The earphones also have an in-line remote control that lets you adjust volume levels, play/ pause an active track, or long press the play/ pause key to start Google Assistant. Moreover, the earphones are claimed to deliver eight hours of continuous playback on a single charge, while the Dash Charge technology enables five hours of backup on 10 minutes of charge.