OnePlus Buds may feature the AirPods and Pixel Buds like connectivity feature which allows a OnePlus phone to detect the buds when their case is opened.

As per the report by 9to5Google, the code for an APK from the latest OxygenOS 10.5.11 update for the OnePlus 8 includes several photos of the OnePlus Buds, the charging case, and the setup process. The buds and the case can be seen in three colours namely black, blue, and white. As of now, it is unclear what the company will end up calling these three colour options. As seen in a previous teaser, the OnePlus Buds follow the Apple AirPods design, with the stem.

Taking a look at the case, the shape seems to be inspired from the new Google Pixel Buds with an oval design. There seems to be a charging indicator on the front, a circular button on the back along with “Designed by OnePlus” branding. The charging port will be at the bottom and it was recently revealed that the OnePlus Buds case will support Warp Charge to give 10 hours of playback in just 10 minutes. 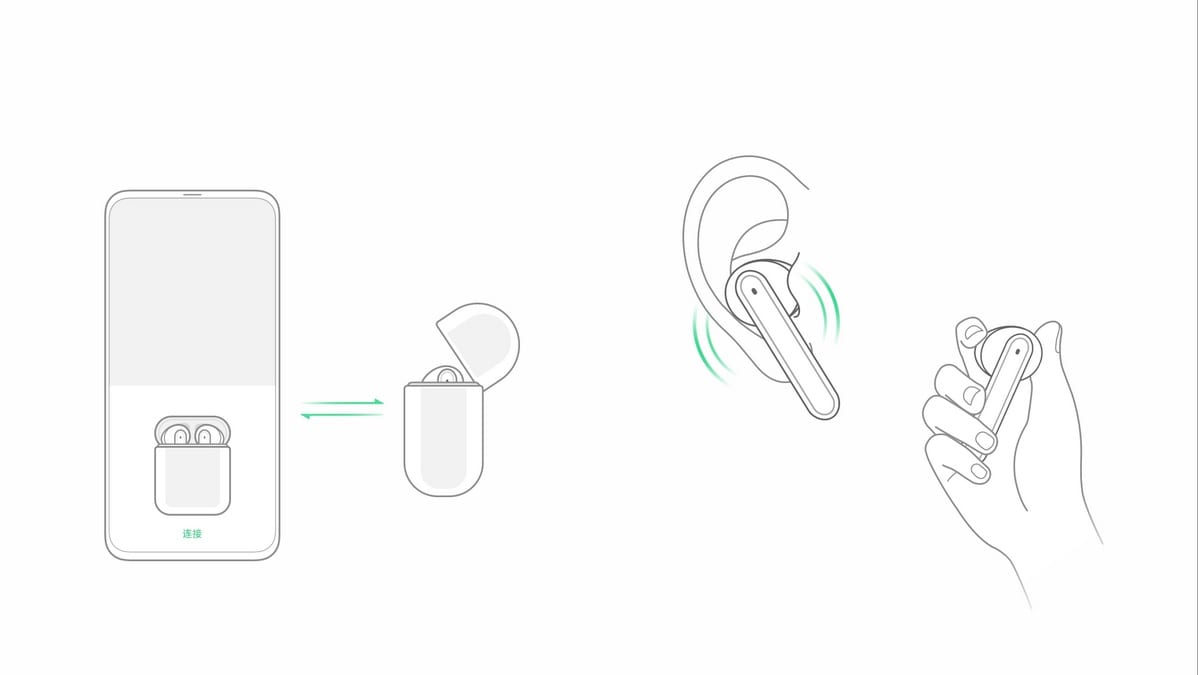 OnePlus phones may detect the earbuds when the charging case is opened
Photo Credit: 9to5Google

The code for the APK also reportedly shows images for the setup process which seems to reveal that the OnePlus Buds will come with the AirPods and Pixel Buds like connecting mechanism where the phone detects the buds when their charging case is opened. In this case, this feature will most likely work with a OnePlus phone only.

As of now, OnePlus has not shared details on the pricing on the OnePlus Buds, but they will be revealed alongside the OnePlus Nord tomorrow, July 21.