HomePod Price Slashed Worldwide, Will Now Retail at $299 in the US 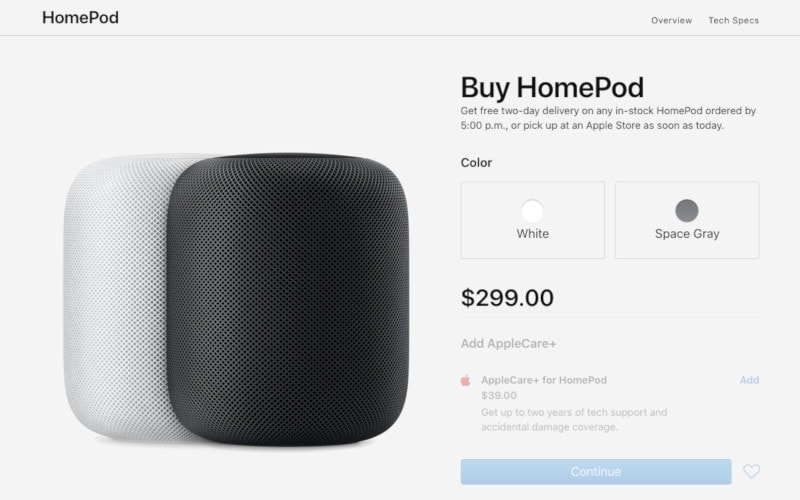 The HomePod is becoming cheaper. The Apple smart speaker, which went on sale last year, has just received its first official price cut. Apple is reducing the pricing of the device in not just US, but all the markets where HomePod is currently sold, including China where it was launched just over two months ago. Originally introduced at Apple's developer conference in June 2017, the HomePod was delayed and finally released in February 2018. It is yet to be launched in several major Asian markets, including India, Japan, and Singapore.

Apple HomePod sports a cylindrical body with a small touchscreen on top. The smart speaker features seven tweeters, a four-inch woofer, and seven microphones. It runs on Apple's audioOS platform, which is based on iOS. The HomePod integrates Siri, which is used to control the device.