Crossbeats Epic Lite are offered at a pre-order price of Rs. 3,499 on the official website. 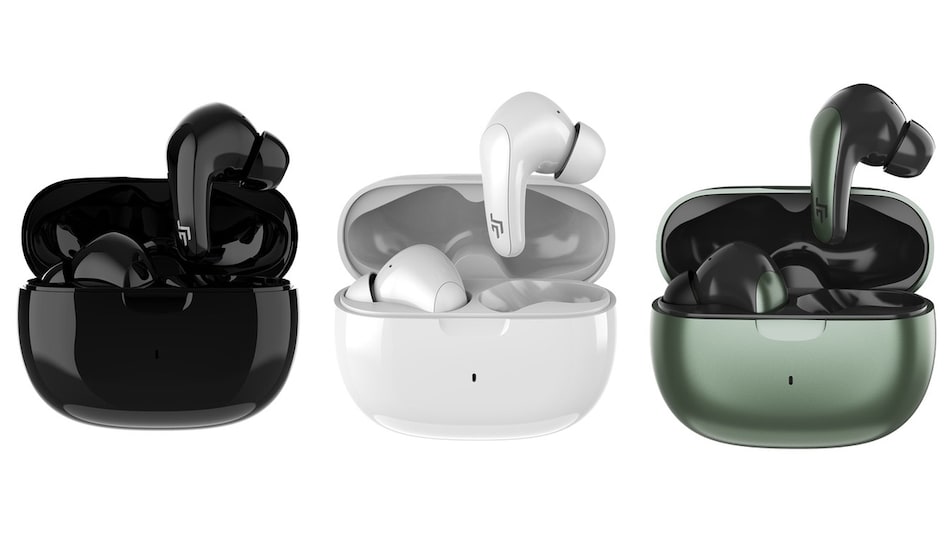 Crossbeats Epic Lite true wireless stereo (TWS) earphones were launched in India on Wednesday. The TWS earphones from Crossbeats feature 11mm drivers that are claimed to deliver punchy bass. They also get three modes for the hybrid noise cancellation. The Crossbeats Epic Lite offer voice assistant support and have four in-built microphones. The TWS earphones have a total playback time of up to 12 hours on a single charge and its 500mAh battery can be charged through a USB Type-C port. They also have IPX4 certification for dust or water resistance.

The Crossbeats Epic Lite TWS earphones are available at a pre-order price of Rs. 3,499. The earphones are currently available for purchase from the official website. Crossbeats mentions that its Epic Lite earbuds will soon be available on Amazon and other e-commerce platforms. They are being offered in Jet Black, Metro Silver, and Urban Green colour options.

The newly launched Crossbeats Epic Lite earphones feature 11mm titanium-alloy drivers that give them a punchy bass and a frequency range of 20Hz to 20,000Hz. They get Hybrid noise cancellation that has three switchable modes —  Active Noise Cancellation, Ambient Mode, and Normal Mode — and have an instant auto-pairing feature. Crossbeats has also incorporated Google Assistant and Siri voice assistant in the TWS earphones. They have four-inbuilt microphones.

Crossbeats Epic Lite have Bluetooth v5.2 connectivity with a range of 10 metres. They can connect to an Android or iOS smartphone and supports HFP, HSP, AVRCP, A2DP, AAC, and SBC codecs. They get a claimed playback time of up to 12 hours through the 45mAh battery in each earbud and the 500mAh battery in the charging case. The earphones can be fully charged in 1.5 hours using the USB Type-C port.

For gamers, Crossbeats Epic Lite earphones get a low latency feature. Both earbuds feature touch sensitive controls with various functions that can be controlled via single-, double-, and triple-tap gestures. The Crossbeats TWS earphones also have an IPX4-rated build for dust- and water-resistance. Each earbud weighs 4 grams while the charging case weighs 25 grams and measures 60x48x24mm.