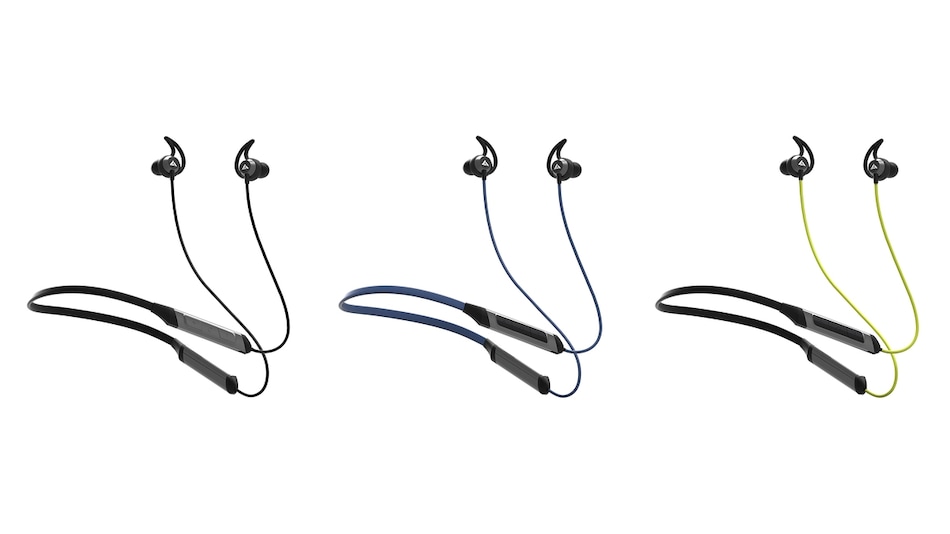 Boult Audio ProBass Qcharge neckband-style earphones have been launched in India. The earphones have a battery life of up to 24 hours, as per the company. They support fast charging via its USB Type-C port and can be fully charged in 30 minutes. The Boult Audio ProBass Qcharge neckband-style earphones will be available in three colour options. The earphones come with an IPX5 rating for water resistance. Users can also summon Google Assistant and Siri voice assistants through a single tap on the earbuds.

The neckband-style earphones come with inbuilt aerospace-grade alloy microwoofer that adds an extra punch to the bass, the company claims. They can offer a total of up to 24 hours of playback time with a single charge. Boult Audio also claims that a 15-minute charge will give the ProBass Qcharge earphones a playback time of up to 15 hours.

The company has also incorporated Google Assistant and Siri voice assistant support for the earphones. The earphones also come with an inline remote with controls for volume, calls, and media playback. Furthermore, the earphones come with magnetic ends on the back that makes them stick together when not in use.