Apple, seeking to strengthen its wearables business, is reportedly working to add new features to its wireless AirPods headphones. Previous reports had suggested that Apple may update the AirPods with new hardware features, including water resistance and hands-free Siri. Apart from the AirPods, the Cupertino giant may also come up with its own brand of over-the-ear headphones as well. However, a new report has suggested that Apple may introduce a new feature in its AirPods which will make them double up as wireless speakers. 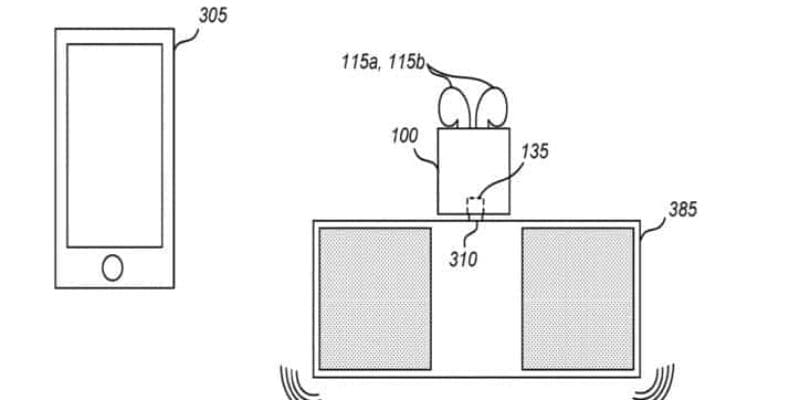 It remains to be seen if Apple will launch such a device at all. Companies use patent filings to secure a particular design for their future products. It is up to the companies to keep or discard them. But, an AirPods charging case turning into a wireless speaker could become a popular product, as it will enable users to listen to music even when the AirPods are charging.

Bluetooth support for pairing the AirPods with the charging case is also a possibility. Interestingly, the patent filing also says, "The case may further include its own wireless radio that can wirelessly communicate audio to the wireless earbuds when the earbuds are not in the case. The case may further include an input port to receive an audio signal from a non-wireless source and may be configured to wirelessly transmit the audio received from the source to the wireless earbuds." This feature could be useful for users who want to use AirPods charging case, with a non-mobile device.