Dolby Atmos Music in India: Everything You Need to Know

Dolby Atmos Music could be widely available in India this year itself.

Dolby recently showcased Atmos Music — its new 3D audio format for music tracks — at CES 2020, and now it is bringing the format to India. The first album to launch in the Dolby Atmos Music format in India is the soundtrack from upcoming film '99 Songs', which has been composed by Grammy- and Academy Award-winner AR Rahman. But what exactly is Dolby Atmos Music, and how will it make a difference to your listening experience?

The music format is already available on select streaming services globally, and artists around the world are working on tracks in the new format. Read on to find out everything you need to know about Dolby Atmos Music, including how it works, what you need to experience it, and more.

What is Dolby Atmos Music?

Traditional music recordings, and most of what you can listen to through streaming services and other formats today, is two-channel audio. That is to say, the sound has been encoded so that different elements play from either the left or right channel, to give you a stereo effect. This might not sound like a lot, but binaural recordings show how this can actually be used to simulate sound coming from all around you. Dolby Atmos Music goes even further than this, with support for up to a theoretical 128 channels, and 34 individual speakers — just like the Dolby Atmos systems that are now in cinemas.

This means that individual aspects of the track can be engineered to play from a specific position among 128 channels, rather than either from the traditional left or right channels. You could therefore hear particular instrumentals or vocals coming from specific speakers placed in the room, such as the front or rear speakers, so that you feel like you're listening in a studio or at a live performance venue — the sound isn't getting mixed and simulating coming from all around you, it's literally coming from all around you.

“Music creators such as AR Rahman put so much love and energy into creating their tracks. If the listener can't hear all of that, they aren't hearing the full song. For the listener to be able to hear everything that the artist intended is what both the artist and the listener want,” says Pankaj Kedia, Managing Director — Emerging Markets at Dolby Laboratories.”What we're trying to create with Atmos Music goes beyond just sound quality. With spatialisation of sound, there's more realism in the music, and this increases the listener's emotional engagement with the music.”

The first Dolby Atmos Music soundtrack in India is the soundtrack of '99 Songs', an upcoming Hindi film produced, written, and composed by Grammy- and Academy Award-winner AR Rahman. Although there are no direct distribution methods for Dolby Atmos Music in India just yet, having it ready in the format means that the tracks will be available to listen in their full glory as and when the format sees a wider rollout through streaming services or paid downloads.

What do I need to experience Dolby Atmos Music at home?

There are a few things that need to come together to listen to Dolby Atmos Music in all of its glory. First off, you'll need a Dolby Atmos-capable device, such as a smartphone or speaker system. Many high-end smartphones such as the Apple iPhone 11 series and OnePlus 7T series support the format, which works with both the stereo speakers of the phone or when using headphones. If your sound transducers of choice are headphones (with just a left and right channel), how does Dolby Atmos Music work? By using the principles of binaural audio to simulate spatial listening, Dolby Atmos Music works on headphones as well by down-mixing the track to stereo while retaining the sense of direction.

And if your speaker system has more than two channels, Dolby Atmos Music encoding will ensure that each element of the track goes to the correct channel. So you could also use a Dolby Atmos enabled speaker system, such as the Sony HT-Z9F soundbar, or the built-in soundbar speaker of the OnePlus TV Q1 Pro (Review). The Amazon Echo Studio smart speaker is a rare product in its segment that supports Dolby Atmos, and specifically Dolby Atmos Music. 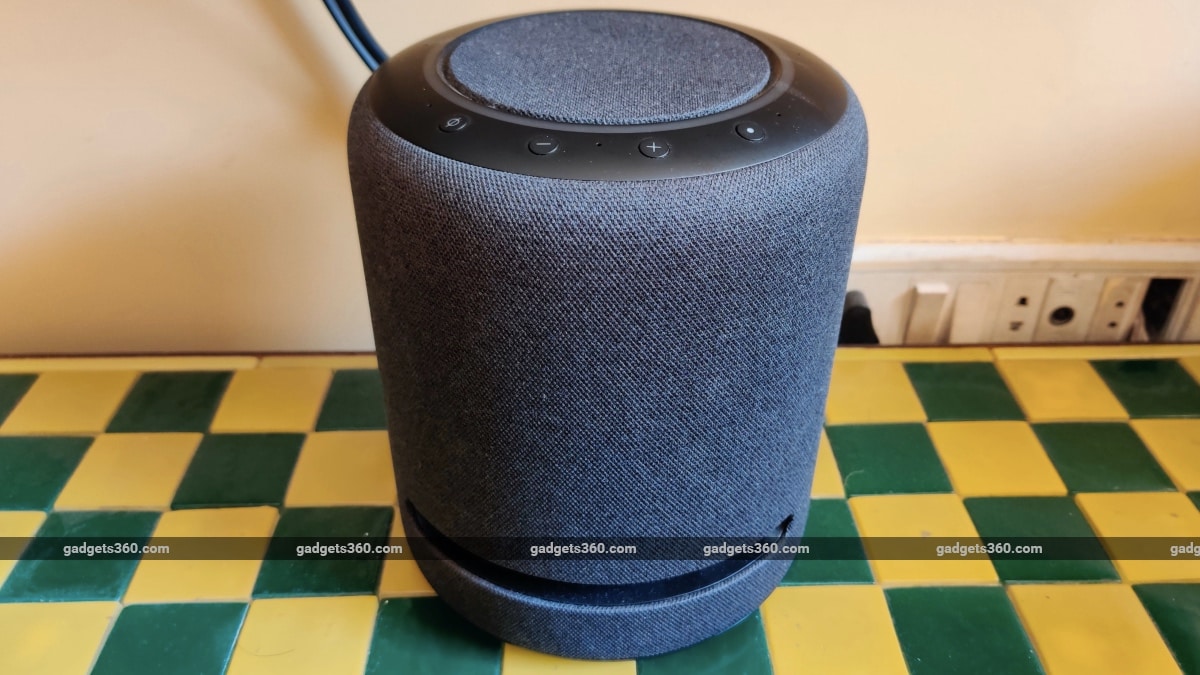 Can I experience Dolby Atmos Music in India?

This is the tricky part. None of the streaming services officially available in India offer Dolby Atmos Music tracks yet, so there's no easy way to listen to music tracks in the format if you live in India. “We will be working with other partners to actually get these experiences to the consumer. Globally we have services like Amazon Music HD and Tidal which stream Atmos Music content, and we're working towards having similar streaming services enabled in India in the near future,” says Kedia on the availability of Dolby Atmos Music in India for now.

You will need access to a Tidal or Amazon Music HD account in order to experience the format over music streaming services, which is available in certain global markets currently and can be accessed in India if you have an account registered in a country where the services are available. Dolby Atmos Music tracks aren't easily (or legally) available to download normally, so access to these tracks is limited for now, especially if you're in India.

Of course, you can experience Dolby Atmos Music in a movie theatre as well, which is how the soundtrack of '99 Songs' is likely to be experienced in full Atmos Music glory for now. If you're watching the movie in a Dolby Atmos-enabled movie theatre, the music tracks will benefit from the spatial tuning just as much as the regular audio track of the film. Kedia concludes on this point, “There are various ways where the technology can be heard by listeners, which includes the experience in theatres. We're exploring the possibilities of having Dolby Atmos Music screenings in some theatres; that's one way to get this listening experience to consumers.”

Further reading: Dolby, Dolby Atmos Music, ar rahman, 99 songs, Amazon Music HD
Ali Pardiwala Email Ali Ali Pardiwala writes about audio and video devices for Gadgets 360 out of Mumbai, and has covered the industry for a decade now. Ali is a Senior Reviewer for Gadgets 360, where he has regularly written about televisions, home entertainment, and mobile gaming as well. He is a firm believer in 4K and HDR on televisions, and believes that true wireless earphones are the future of the personal audio industry. Ali is available on Twitter as @AliusPardius and on email at alip@ndtv.com, so do send in ...More
Oppo Confirms Oppo Watch Launch Date: Here's All You Need to Know
Coronavirus Outbreak: Twitter Encourages All 5,000 Employees to Work From Home

Dolby Atmos Music in India: Everything You Need to Know
Comment