Sony’s Vertical Surround Engine and other customisations allow the company to differentiate its soundbars from Atmos-enabled offerings by other OEMs. 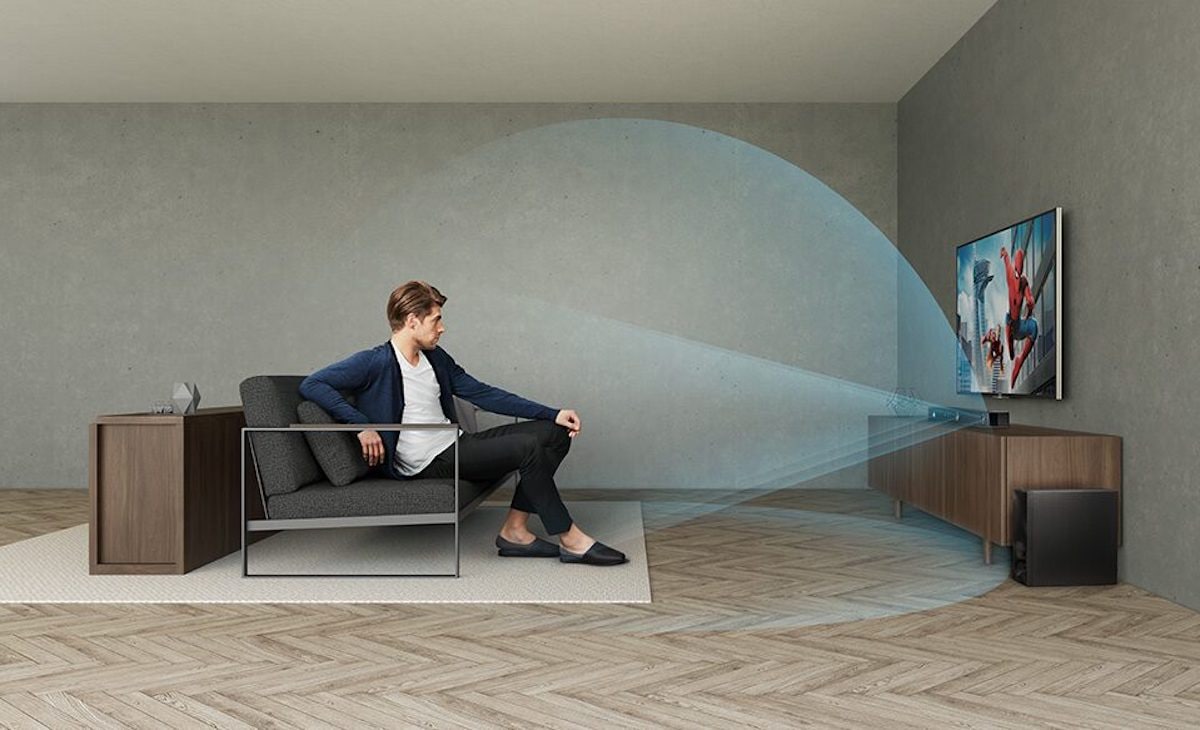 Sony announced the India launch of the HT-Z9F at an event in New Delhi on Monday. The HT-Z9F is the third Dolby Atmos-enabled soundbar that Sony has introduced in the country, and it will sit between the super-premium HT-ST5000 and the recently launched, relatively affordable HT-X8500.

Sony has been pretty aggressive in terms of launching new products in the category where it witnessed 65 percent year-on-year growth in terms of unit sales in 2018. Keen to build on the momentum, the company has launched multiple new soundbars this year, and it's promising more of the same in the months to come.

“We're seeing a trend wherein the consumer is shifting from those big, bulky sound devices — which we used to sell a long time back with all kinds of wires and many gadgets together — to simple soundbars, with a very clean setup, minimalistic kind of setup with minimal wires,” Sunil Nayyar, Managing Director, Sony India tells Gadgets 360 in an exclusive conversation. “Today, we launched something which is truly wireless. So this trend is very, very visible in the last couple of years.”

The Atmos-enabled products sit at the top of Sony's soundbar lineup, which starts with the Rs. 17,990 HT-RT3, and goes all the way up to the HT-ST5000. Nayyar believes this is the most comprehensive the Sony soundbar lineup has ever been.

“This year, we have the most comprehensive lineup. Actually, I've been working in Sony for the last 25 years, I haven't seen this kind of lineup. [Earlier] we were there in kind of entry-level — I'm talking about products in the range of 15-20,000 rupees,” he says. “Those are the mass-selling products, but the time is coming where people are becoming more aware — they're more affluent now, and they are more evolved when it comes to experiences.”

Nayyar believes it's easier to sell people on the benefits of a good soundbar than, say, an HDR TV, provided they get to experience the products.

“According to me, sound experiences connect much better than even the visual,” he explains. “I have seen customers who cannot distinguish still between a 4K HDR picture quality and a HD picture — because the eye is not very sensitive. But believe me they can make out “Wow! 360 degree [sound]!” … and they can make out what's a 2.1 — I don't know if they can make out 3.1 — and then 5.1.”

“So our constant effort has been to deliver this kind of an experience at the store [that brings out the difference in sound] — and now that's very challenging. That's what is coming as a little bit of a bump along the road, because the shop-fronts are not very friendly.”

To overcome this, Nayyar says, Sony plans to introduce special stand-like kiosks that'll be positioned inside select large format retail stores that will let users experience the HT-Z9F soundbar as it would be used inside a home. These mini-kiosks will have a small roof that will allow the sound to bounce off the low ceiling and allow Sony's Vertical Surround Engine — one of the highlight features of the HT-Z9F — to shine.

These kiosks will also have a series of buttons that will let users experiment with different kind of sources as well as preset modes that the HT-Z9F supports.

With Sony now offering Atmos soundbars at various price points — from the 2.1ch HT-X8500 (Review) and 3.1ch HT-Z9F to the 7.1.2 HT-ST5000 — what does the Atmos branding mean for a product, and how will the consumer experience vary from one product to the product? We ask Ashim Mathur, Senior Regional Marketing Director, Emerging Markets, Dolby Laboratories.

The HT-X8500 is the most affordable Dolby Atmos soundbar in Sony's lineup
Photo Credit: Sony

“So at the core of it the technology is what it is — it's Dolby Atmos and it optimises the experience for the consumers, depending on what configuration that [sound]bar is,” Mathur explains. “So that's what will happen with all soundbars in that sense. But what Sony does with their own unique technology is they will enhance that experience to make sure that the heights are used better, the verticals are really used better to create that kind of immersiveness, and the 360 experience.”

“And what Atmos will do from a mix perspective, it'll be scalable enough to play back from different configuration and also the renderer in the sound bar will make sure that it renders that kind of experience as per the configuration,” he continues.

We press for some more details on how objects in Dolby Atmos are mapped to physical channels or speakers in the real world and how that impacts customer experience across different products. Things got rather technical, but the answer really helped drive home what one can expect from various products, and the customisations Sony adds to enhance the customer experience.

“Yeah, so we [at Dolby] have an algorithm [that does the mapping],” another Dolby spokesperson explains. “So the difference between a channel-based system like a 5.1 is that the mix engineer basically defines what's coming from where. In the case of Atmos, the mix engineer is placing objects using — he's obviously got a monitoring configuration and he's panning things around, moving objects around the place — and that basically defines a sound object, XYZ coordinates, and a magnitude — how big is it.”

“All that then becomes metadata along with the sound itself and gets encoded as Atmos and then goes to the playback. Now depending on the configuration of the speakers in the playback that metadata and resolves into which speakers to play what, at which time, and how the movement happens — one speaker goes down, the other one comes up — that mapping is an algorithm which is [a standard algorithm].”

Sony's Vertical Surround Engine is one of the key features of the new HT-Z9F
Photo Credit: Sony

In other words, Dolby's algorithm does the height rendering and Sony does the virtualisation. Sony presents two virtual high speakers — which actually don't exist — using its technology, the Atmos algorithm reads that as two speakers on top, and renders audio to them.

As we get ready to wrap up, Sony's Nayyar expresses his hope that the new launch will help expand the market.

“The only reason we are introducing HT-Z9F is to expand this market, to bring in kind of an affordable product,” the Sony veteran of 25 years says. “We call [Rs.] 60,000 as an affordable price in India because we sell thousands of 4K televisions — and average price of 49-inch 4K is in that range.”

“Now this we believe more customers will be able to afford and buy, and with now let's see how this story develops. I am even expecting [sales of] XT-5000 will be boosted because when you don't have a lineup and you just sit on this top layer, you catch less interest there. But when you have a lineup and there's a step-up ladder… we believe it's going to create a very beautiful ecosystem within Dolby Atmos soundbars.”